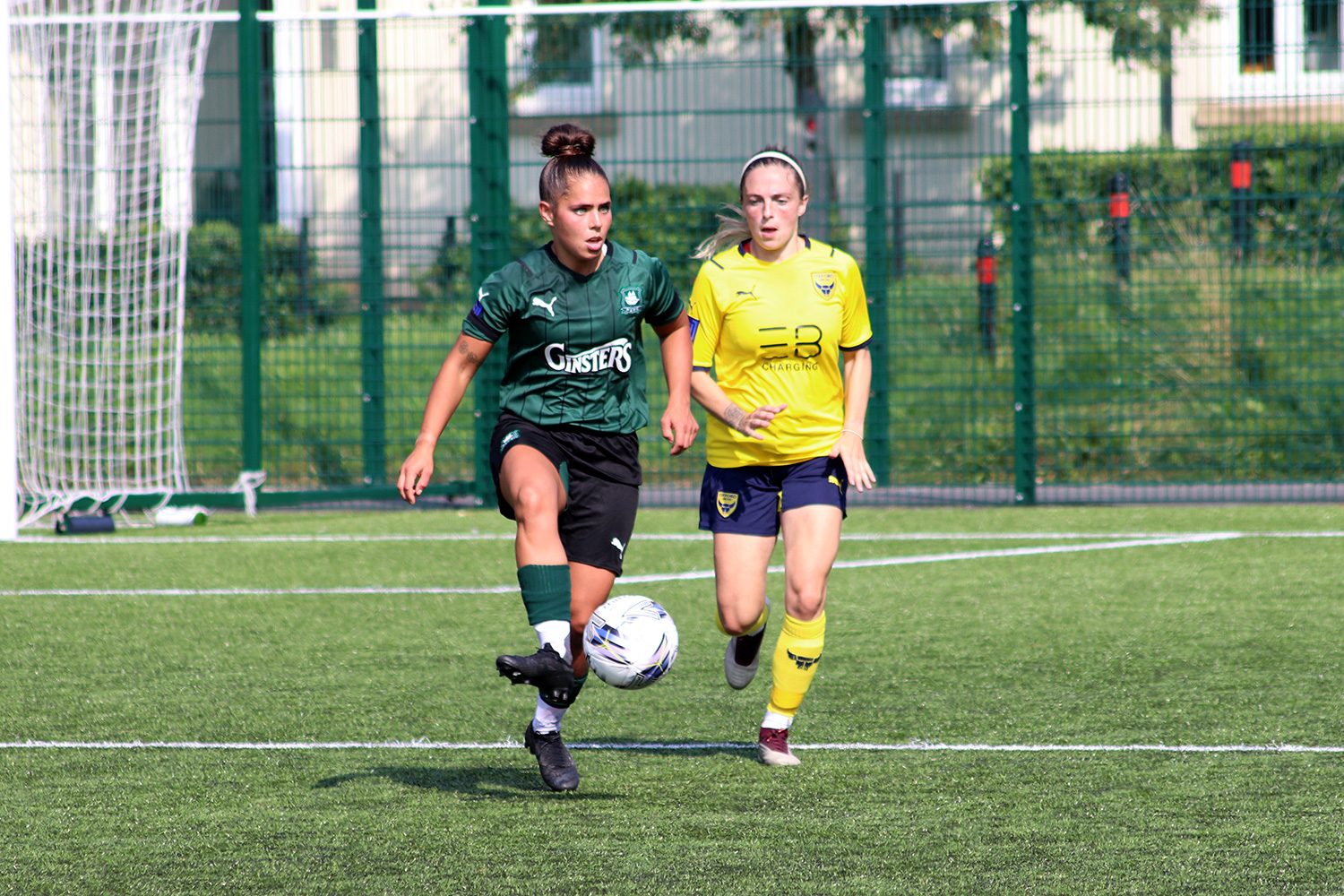 After two games away in cup competitions, Plymouth Argyle Women will return to FA Women’s National League action away to Oxford United Women.

After putting in some improved performances over their last two games, including the 5-3 win over Keynsham, Argyle will be hoping for a better result than the last time they played Oxford, a 5-0 defeat at Manadon Sports & Community Hub.

Since that game Oxford have had a good run of form that has seen them reach 5th in the table but only two points behind 2nd place Southampton. This run has included a big 5-1 win over London Bees and 3-0 wins against Cardiff and Bridgwater. Argyle, in contrast, have had a harder run of results, but having finally got back to winning ways against Keynsham, will take a renewed confidence into the game.

Having struggled for goals this season, Argyle will be hoping to carry their form on from their 5-3 win over Keynsham. Natasha Knapman grabbed the headlines for her excellent hattrick, but the Pilgrims will also be pleased with Gabi Alphous, who returned from injury to get her 4th goal of the season. While Zoe Cunningham also grabbed her 4th goal with an excellent strike from the edge of the box.

While Oxford will provide a stern test for the Pilgrims, Argyle know that with games to come against London Bees, Crawley, MK Dons and Cardiff, this could be the start of an important run of fixtures for Argyle.

The game kicks off at 2 pm and will be played at Court Place Farm. Tickets cost £5 for Adults, £3 Concessions, and U16s have free entry.

If you can’t make it to the game, then live updates are available on Twitter at @ArgyleWFC