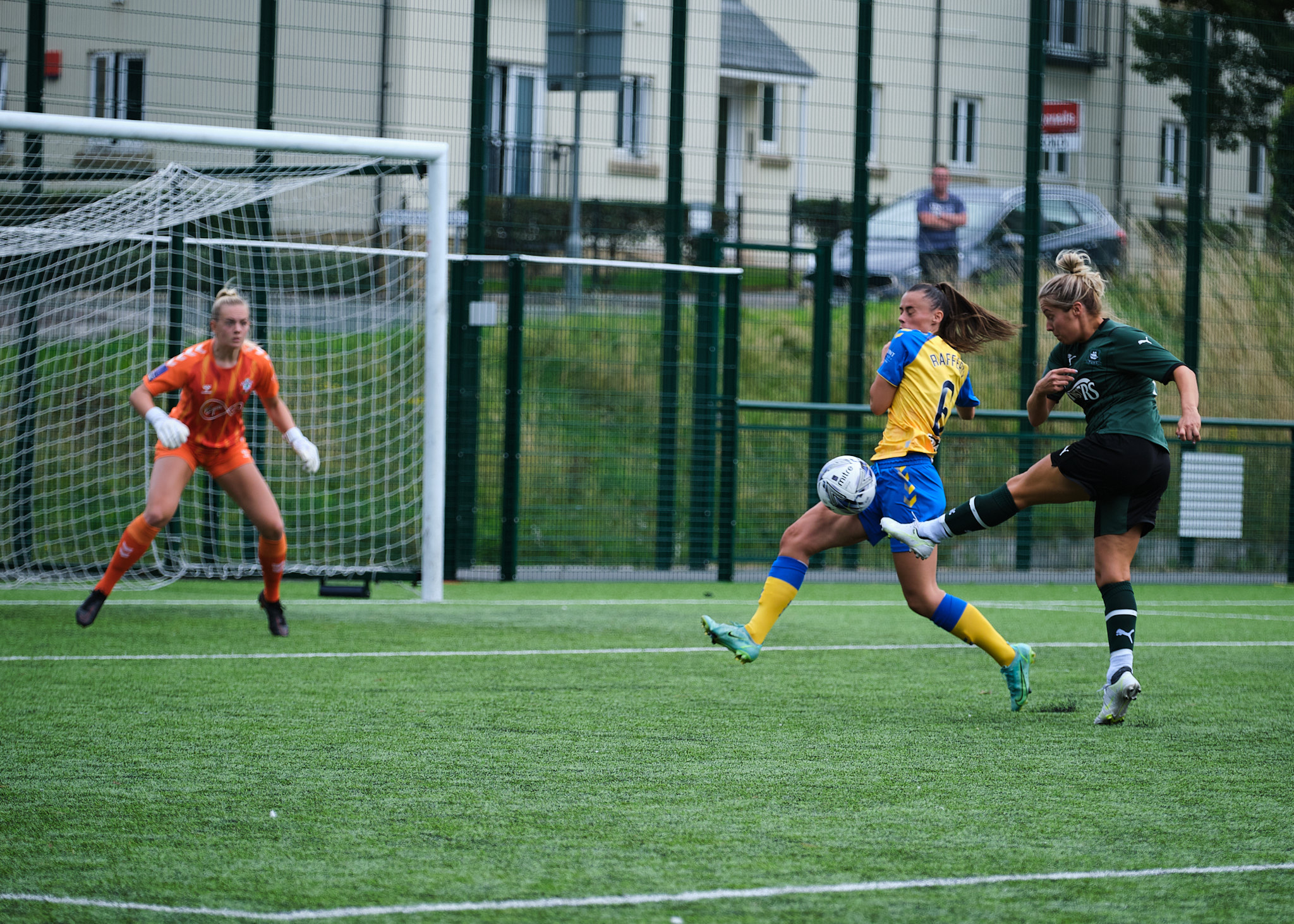 This Sunday, Plymouth Argyle Women will travel to Southampton to take on the league leaders.

The two sides previously faced each other way back in August when Southampton ran out three-nil winners against the Pilgrims thanks to two goals from Rutherford and a late Watling finish.

The three-nil scoreline was harsh on Argyle that day, as while Southampton did deserve the win, the Pilgrims were unlucky not to get on the scoresheet themselves, squandering several chances throughout the game.

This time round it will be a very different Argyle line-up that takes on The Saints, after injuries and suspensions forced the Greens into a makeshift defence in the reverse fixture.

Sophie Perrin was employed as a centre back that day, and her and Rosie Train are the only defenders from that back four likely to be involved again on Sunday.

Argyle will be hoping for top goal scorer Natasha Knapman to be fit in time to start up front for the Greens after she picked up a hamstring injury last week in training. If Knapman is not fit enough to start, then it could open up a place for new signing Charlotte Whitmore to make her Argyle debut after she scored last weekend for St Austell.

Argyle will also be hoping that captain Zoe Cunningham is fit enough to be involved from the start after a slight knock last weekend forced her onto the bench at Crawley Wasps. The Argyle skipper eventually came on as a second half substitute at Crawley to make her 100th appearance for The Pilgrims.

Having dropped into the relegation zone on goal difference last weekend, Argyle will be looking to pick up points as quickly as possible with only four games left of the season.

It will be a tough game against the league leaders, but as they have done so for every game this season, the Greens will be going there to try and win, not just to try and avoid defeat.

It will be an important game for Southampton as well, who currently sit one point clear of second-placed Ipswich Town, after Ipswich surprisingly dropped points at home to Chichester & Selsey last weekend, however the Saints do have two games in hand.

The Saints are currently on a seven-game winning streak, following up their crucial title six-pointer victory over Ipswich Town, with wins against both Keynsham Town & Hounslow.

It should be an exciting match-up as while both sides sit at opposite ends of the table, they will both be desperate for the three points as we tick ever closer to the end of the season.

The game will be held at Snows Stadium, kick-off is at 2:00 pm, tickets cost £3 for adults while U18s and concessions have free entry. If you can’t make it to the game, then updates are available on social media @ArgyleWFC