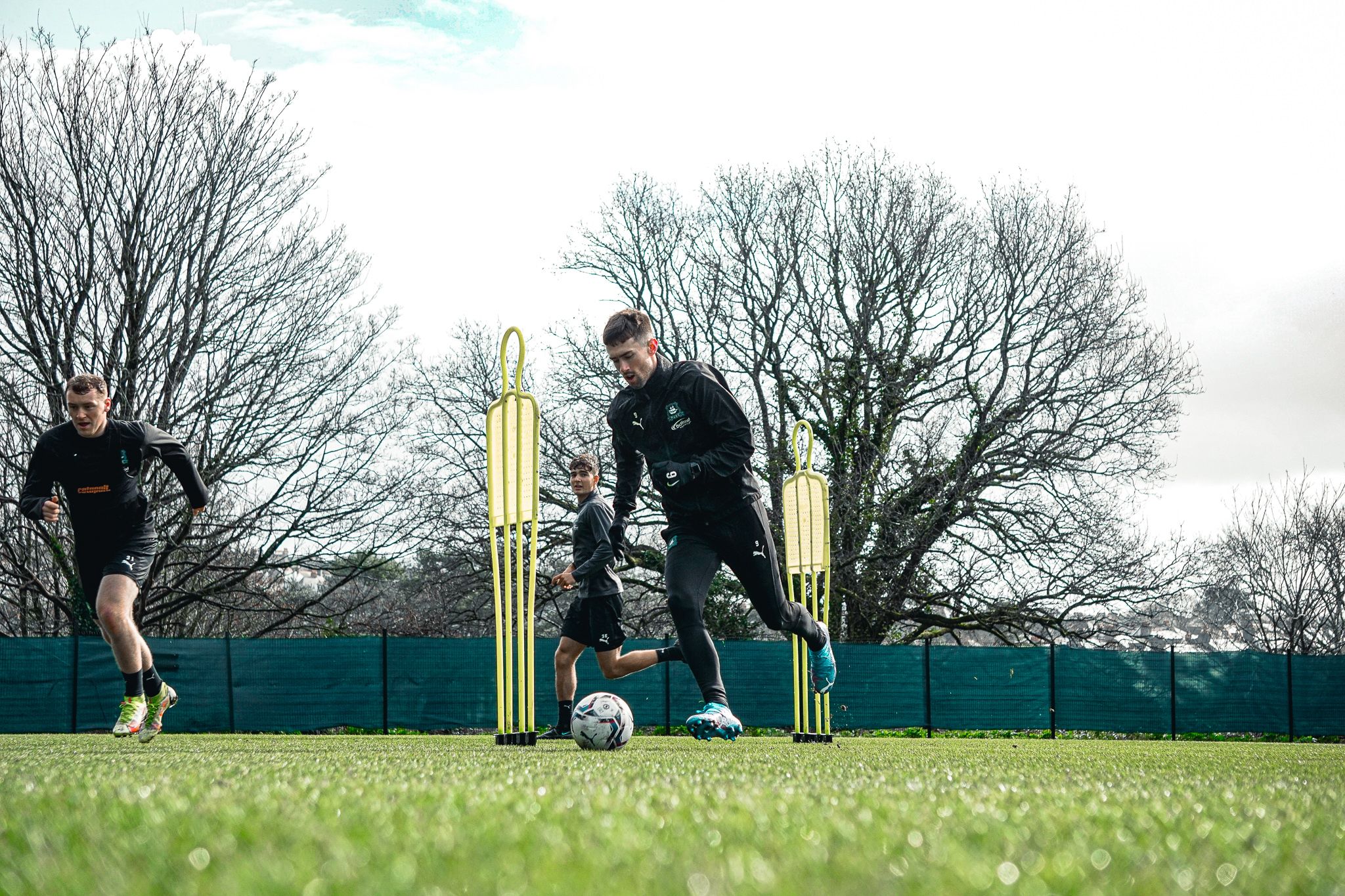 Argyle go in search of their second win in a row when they take on AFC Wimbledon at Home Park on Tuesday night.

The Greens got back to winning ways thanks to goals from Conor Grant and Ryan Hardie on Saturday, beating Morecambe 2-0.

It meant they closed the gap on the sides above them in the race for the play off places and a win over AFC Wimbledon on Tuesday, could see them climb as high as fifth in the Sky Bet League One table.

The victory over Morecambe kicked off a busy month for Argyle, who have six more matches to play in March.

Tuesday’s game with AFC Wimbledon is the second of five home games and Steven Schumacher hopes that his side can make the most of the home comforts.

He said, “We’re in the final stretch of the season and it was critical that we got a good start in March to get that momentum going.

“We want to keep ourselves in that play off mix and we’re going to need all the supporters as well as full effort from the players and staff, if we’re going to do that.”

The Greens come into the game having won five of their last seven matches and are yet to taste defeat to any of the bottom six sides.

With 14 goals conceded on home soil, only Sheffield Wednesday and Sunderland have conceded fewer times on their own patch and that impressive defensive record was displayed on Saturday with Argyle’s sixth clean sheet in 12 matches at Home Park.

Their record against the Dons has been impressive in recent years with five wins in their last seven meetings.

Last season a Sam Woods goal was the difference between the sides and was the third time in the last three meetings that Argyle have claimed the points at Home Park.

The visitors sit one place above the relegation zone and are two points from the drop zone as things stand.

They have lost just one of their last three matches but are on a 16 match winless run.

Their last victory came in the form of a 2-0 win over Accrington Stanley in December and while they have not won since, they have drawn nine of those 16 games.

A 1-0 defeat to Wigan Athletic at the DW Stadium on Saturday was the third time in a row that they have failed to score away from home, however their form on their travels has been better that their record in London, picking up 16 points and winning four times.

There are no fresh injury concerns for Steven Schumacher to deal with.

AFC Wimbledon will be hoping that Henry Lawrence is fit enough to feature while Anthony Hartigan is again expected to be involved after recovering from a shoulder injury.

The Dons, though, will be without Ben Heneghan, Aaron Cosgrave, Aaron Pressley and Egli Kaja.

If you cannot make the game, then it is available to watch on Argyle TV for just £10.