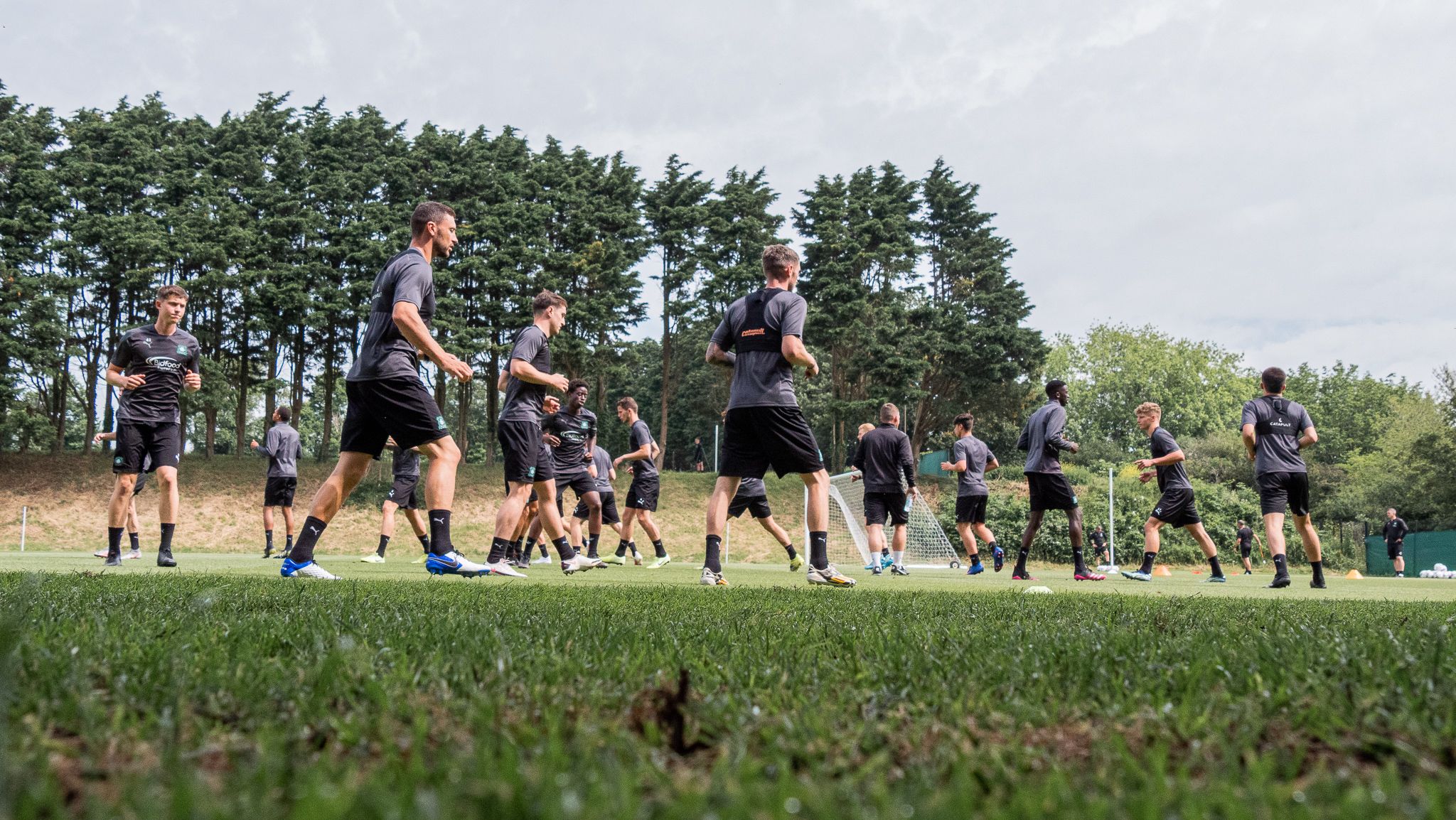 Argyle host Gillingham on Saturday for their first home game of the 21/22 Sky Bet League One season.

Not since a 3-0 win over Macclesfield Town on Saturday, 7 March 2020 has there been an unrestricted crowd inside Home Park – 525 days ago.

That day, 12310 members of the Green Army were inside Home Park to see Ryan Hardie score once and George Cooper twice, as Argyle put themselves in pole position to win promotion before the curtailment of the season.

The return of fans will be a welcome one for the players and staff who have endured a full season with restrictions.

Manager Ryan Lowe is certainly looking forward to it. He said, “It’s going to be a great occasion because we’ve missed them.

“How ever many are going to be there, we are really looking forward to seeing you.

“We’re going to need the fans, hopefully it’s a packed Home Park and we’ll try our best to put on a performance for them.”

Gillingham, managed by Steve Evans, got a point from their opening game of Sky Bet League One, drawing 1-1 at home to Lincoln City.

New signing Danny Lloyd equalised just before halftime after Tayo Edun had given Lincoln the lead.

They followed that up with an epic penalty shootout win over Crawley Town in the Carabao Cup first round. Having drawn 2-2 after 90 minutes, with two goals scored in 8 minutes of added on time, the Gills came out on top 10-9 on penalties.

Gillingham finished 10th last time out and had a decent away record in the league, winning 11 of their 23 games on the road.

They have strengthened in the summer, bringing in nine new players including former Pilgrim Ben Reeves, who played 32 times scoring twice during his time at Home Park.

The corresponding fixture last season saw Luke Jephcott score the only goal of the game in a 1-0 win for Argyle in January. In fact, Argyle are unbeaten in their last four home league meetings against the Gills, winning their last three.

TEAM NEWS
The only major injury problem for Ryan Lowe is defender James Bolton. The new signing from Portsmouth is out with an ankle injury picked up during pre-season.

Both Niall Ennis and George Cooper are yet to feature this season with hamstring and knee niggles respectively.

Meanwhile, Ryan Broom is back in the squad after missing out in the 4-0 win over Peterborough United, due to him being on loan from Posh.

As for Gillingham, they have a few more injury concerns for the trip to Devon. Ryan Jackson and John Akinde are both returning from injury while Kyle Dempsey missed the game in midweek.

Former Green Alex MacDonald and Robbie McKenzie are also both expected to miss the trip with injury.

Our pre-match show will be free to watch on the clubs Youtube page from 2pm.

10th in Sky Bet League One