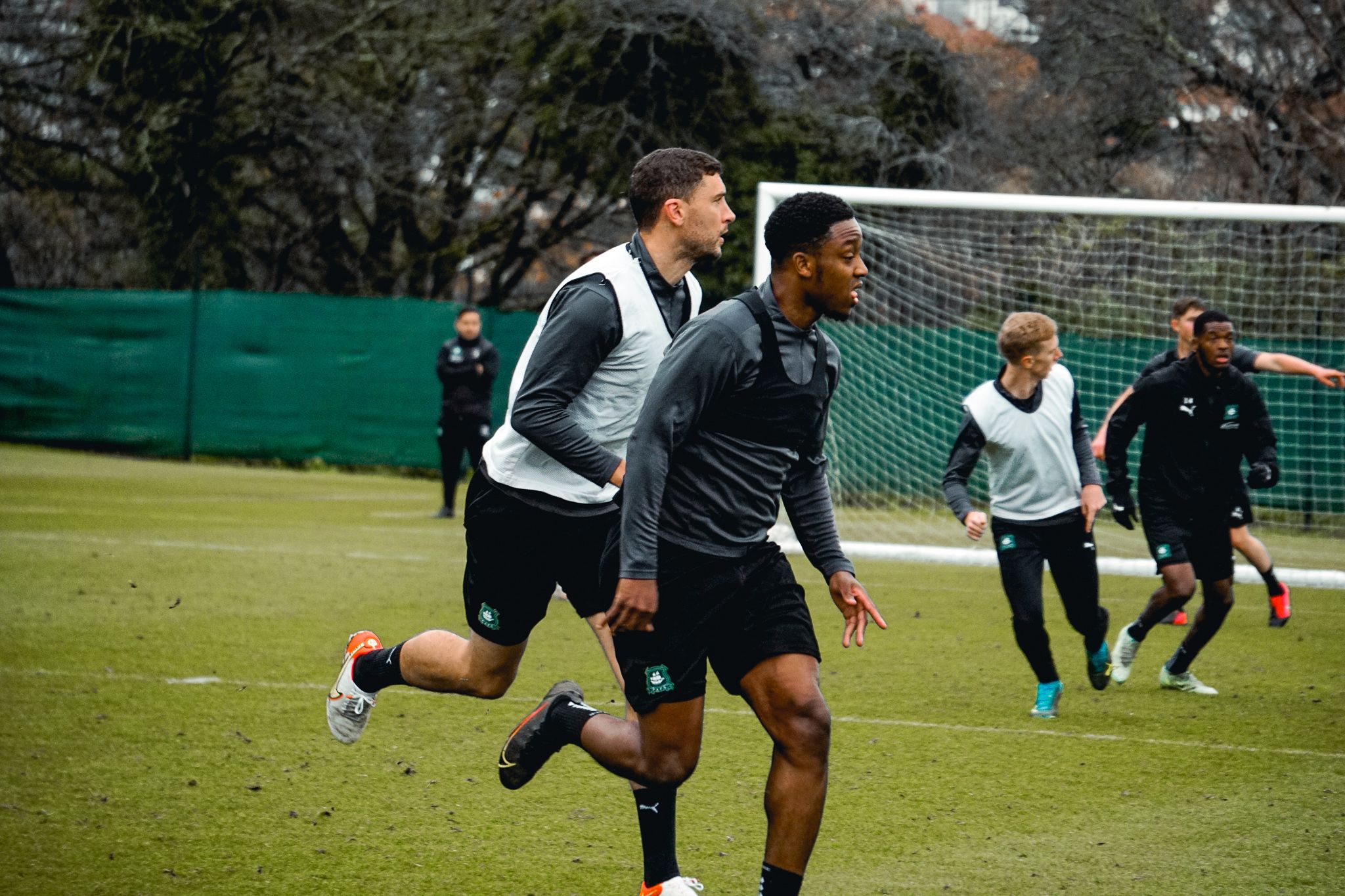 Argyle travel to Stadium MK on Wednesday night for Steven Schumacher's first game in charge of the club.

That first game will see the Greens looking to build on a first win in four matches after progressing to the third round of the Emirates FA Cup with a 2-1 win over Rochdale AFC on Sunday.

The Pilgrims are currently fourth in the Sky Bet League One table and have lost just one of their last eight away matches in the league.

Argyle are the fourth highest scorers in the division with 33 strikes in 20 matches and have found the net in all but two of their away games so far this season.

Strikers Jordon Garrick and Luke Jephcott were both on the scoresheet on the 2-1 win over Rochdale on Sunday.

They, along with top scorer Ryan Hardie, have 23 goals between them and will be confident going into the game with 6th placed Milton Keynes Dons.

The Dons are just two points behind the Pilgrims in the table and have won their last two matches at home.

They have, though, conceded seven goals in their last four home matches and have shipped 24 goals so far this season.

Their recent form has been solid, beating Morecambe 4-0 in their last league outing.

They then backed that up with a penalty shootout win over Leyton Orient in the Papa John’s Trophy a week ago.

Having not played on the weekend, Liam Manning’s side have had a week to prepare for the visit of Argyle, a side they have lost to in two of the three times they have met at Stadium MK.

Last season Ryan Hardie scored the only goal of the game as the Greens won 1-0 at Home Park in December.

Milton Keynes got their revenge though with a last minute penalty converted by Scott Fraser in a 2-1 win in March.

There are no new injury concerns for Argyle who had James Bolton and Niall Ennis available for the first time this season on Sunday.

Brendan Galloway remains the only absentee.

Milton Keynes will be without Republic of Ireland international Troy Parrott who is suspended following his red card in the Pap John’s Trophy triumph last week.

Tickets will be available for face to face and phone purchases until 3pm on Tuesday, 7 December and online until 9am on Wednesday, 8 December.

Supporters wishing to buy tickets after that can do so from the away booth at Gate 3 on the day of the game.

Rob McNichol and Brian McGlinchey will be brining you all the action on Argyle TV with audio commentary available to purchase here, for just £2.50.