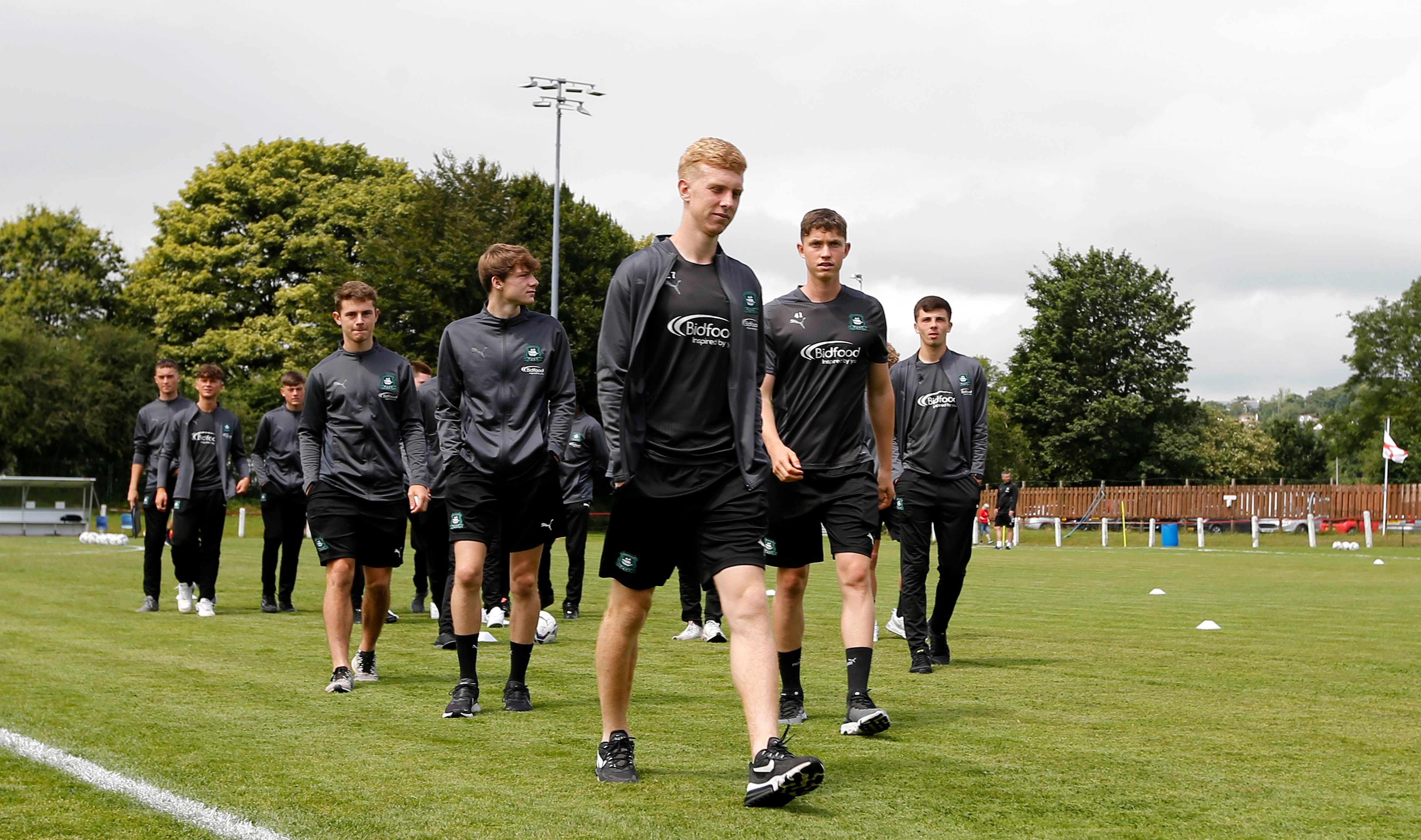 Argyle begin their Papa John’s Trophy campaign with a trip to South Wales to take on Newport County AFC on Tuesday, 31 August at 7pm.

The Pilgrims have made a strong start to the season, losing just two of their opening seven matches on all competitions

Saturday’s 1-1 draw with Fleetwood Town was the latest game in what has been a busy start to the campaign for the Pilgrims – playing twice a week since the season began.

Having played so many games in quick succession, it’s expected that Ryan Lowe will make a number of changes to the side, with the players who haven’t seen as much action given the opportunity to impress.

“There will be a lot of youngsters in the Newport game, we’ll make sure that a lot of lads get minutes,” said Ryan after the Pilgrims’ draw with Fleetwood on Saturday.

“So [Adam] Randell, Lawsy, Ollie [Tomlinson], Rhys Shirley will play. You know, Jordon Garrick will play in that, James Wilson will play some minutes as well.

“We’ll play a youngish team because we have to make sure we recover the lads. It’ll be up to them to showcase what they’re all about.”

The Exiles are familiar opposition for the Greens, the two have met in this competition in three out of the last four seasons.

Last year, strikes from Ben Reeves and George Cooper along with a Newport own goal gave Argyle a 3-1 win at Home Park.

In fact, the Greens have won their last two matches against Newport, beating the Welsh outfit 1-0 in a Sky Bet League Two fixture in February 2020, thanks to a Tyreeq Bakinson header.

Newport have won three and lost three of their opening six matches of the 21/22 campaign. But in their last two games they have conceded 11 goals without scoring.

Mike Flynn’s side were beaten 8-0 by Southampton on Wednesday, 25 August in the second round of the Carabao Cup and then lost 3-0 at Salford City on Saturday in the league.

All three of their victories this season have been by one goal to nil, shutting out Oldham Athletic and Tranmere Rovers in the league and overcoming Ipswich Town in the first round of the Carabao Cup.

Tuesday’s game will be just the second time Newport have played at home this season, with groundwork being done to Rodney Parade in the early stages of this season.

The last time the Greens made the trip to Rodney Parade a Kyle Howkins header proved to be the difference in a 1-0 win for the Exiles.

Arsenal under-21s and Swindon Town make up the rest of the group.

New signing Courtney Senior is ruled out for some time with a serious knee injury that he picked up in pre-season while Courtney Baker-Richardson is yet to feature this season due to a quad strain.

Club captain Matty Dolan returned to action in the loss to Southampton in the Carabao Cup and again came on as a substitute on Saturday’s defeat to Salford.

Former Argyle loanee Timmy Abraham could feature against his old club. Another former Pilgrim, Dom Telford, could also play a part for the Exiles.

Argyle are expected to make changes for the trip to Wales with Adam Randell, Ryan Law and Ollie Tomlinson expected to get some minutes.

Jordon Garrick could make his first start for the club since arriving on loan from Swansea City while James Wilson is set to play some part after serving a three-match ban.

We have sold out our allocation for this game but tickets can still be bought at the ground on the day of the match.

Pay on the day tickets must be bought in cash.

Pre-bought tickets can be collected from the Home Park Ticket Office or from the ticket office at Rodney Parade.

The game will be available to stream worldwide on Argyle TV.

For supporters who are not travelling to South Wales an Argyle TV Video Match-Pass for the game against The Exiles costs just £10 and is available here.

Please note that this fixture does not form part of Argyle TV Domestic Subscriptions or the Argyle TV International subscription package.