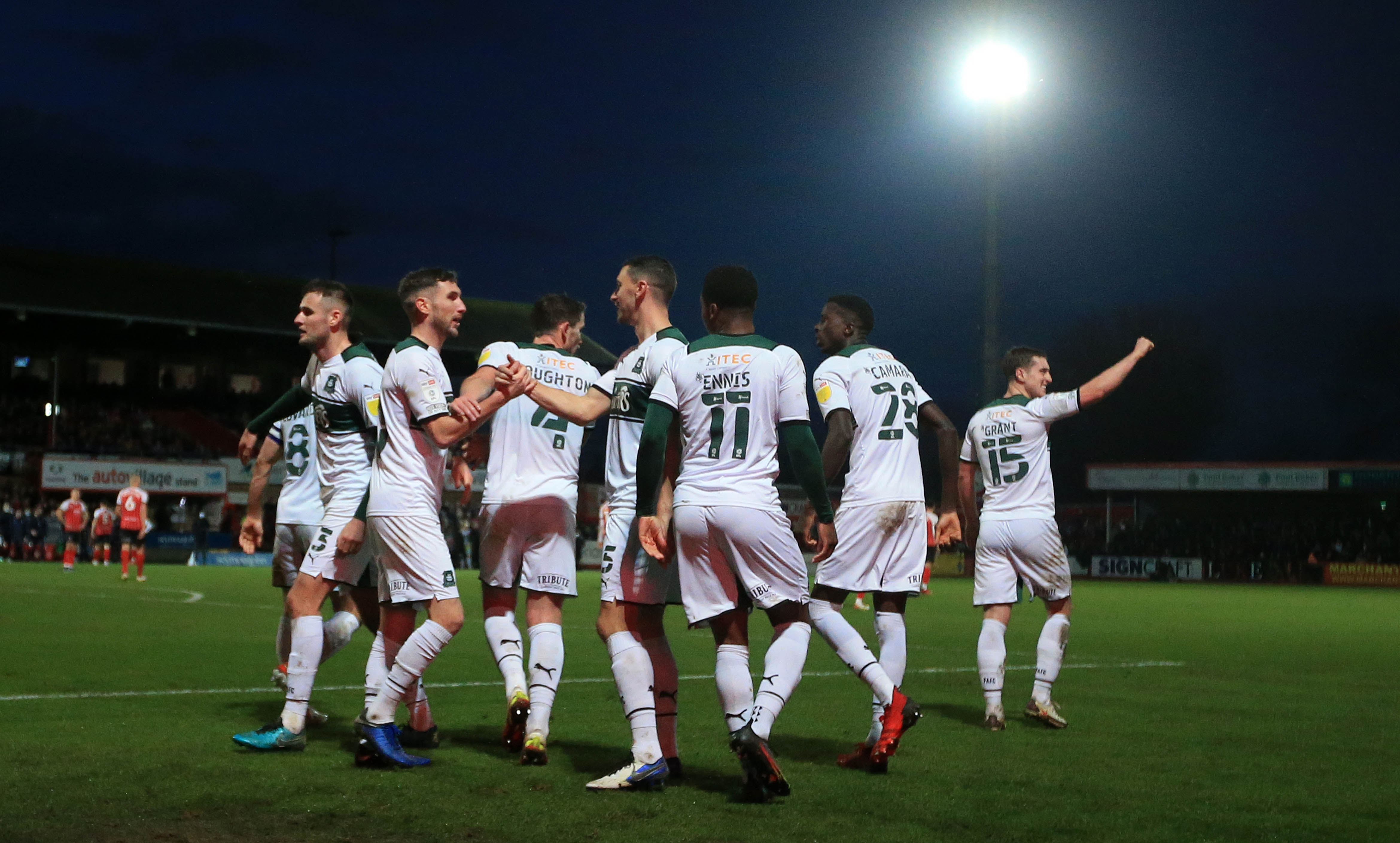 Goals from Panutche Camara and Jordon Garrick, either side of half time, gave the 1,500 travelling Green Army an extra reason to be cheerful over the festive period.

It was also the second game in succession that Argyle had managed to keep the opposition out, having beaten Charlton Athletic 1-0 eight days earlier.

Schumacher felt that the entire team needed to take credit for that.

Speaking after the game he said, “It’s really pleasing for the whole team. Every one of them, to a man, grafted today.

“The clean sheet is not just down to Mike [Cooper] and the defensive unit - everyone put in a real shift.

“They didn’t allow balls to be contested easily, they didn’t let Cheltenham get on top of them, it was a real team effort.”

The victory backed up that win over Charlton and means that Schumacher has now picked up seven points from his first four games in charge of the Greens.

Even through the praise from the manager was spread evenly across the squad, Panutche Camara deserves a little mention on his own.

The midfielder scored one and assisted another in a totally dominant display in the middle of the park.

Something that didn’t go unnoticed from the gaffer.

Steven said, “He’s top drawer, isn’t he? He’s a really good player – who knows how far he can go.

“I have always said I think he needs to contribute more with goals and assists but we love him and so do the fans.

“I am really pleased for him today.”

Both of Argyle’s goals were beautifully taken – counter attacks at their best.

The first was a sweeping move from back to front after a Robins corner and the second a swift break after the ball was pinched in midfield.

The way the two moves were finished off will grab the headlines, but Steven was equally pleased with how Argyle were able to win the ball in the first place.

He said, “I was most pleased with our defensive contact at the corner from Dan. It was an unbelievable header because it was a great ball in

“We then counter attacked – passed the ball forward really fast, showed great quality and it was just a great goal.”

“I said before the game that I would have bitten your hand off for the same result that we got here a couple of years ago and we’ve gone one better today and got the extra goal.

“It’s a great day, a good performance and I am really happy we got the three points.”