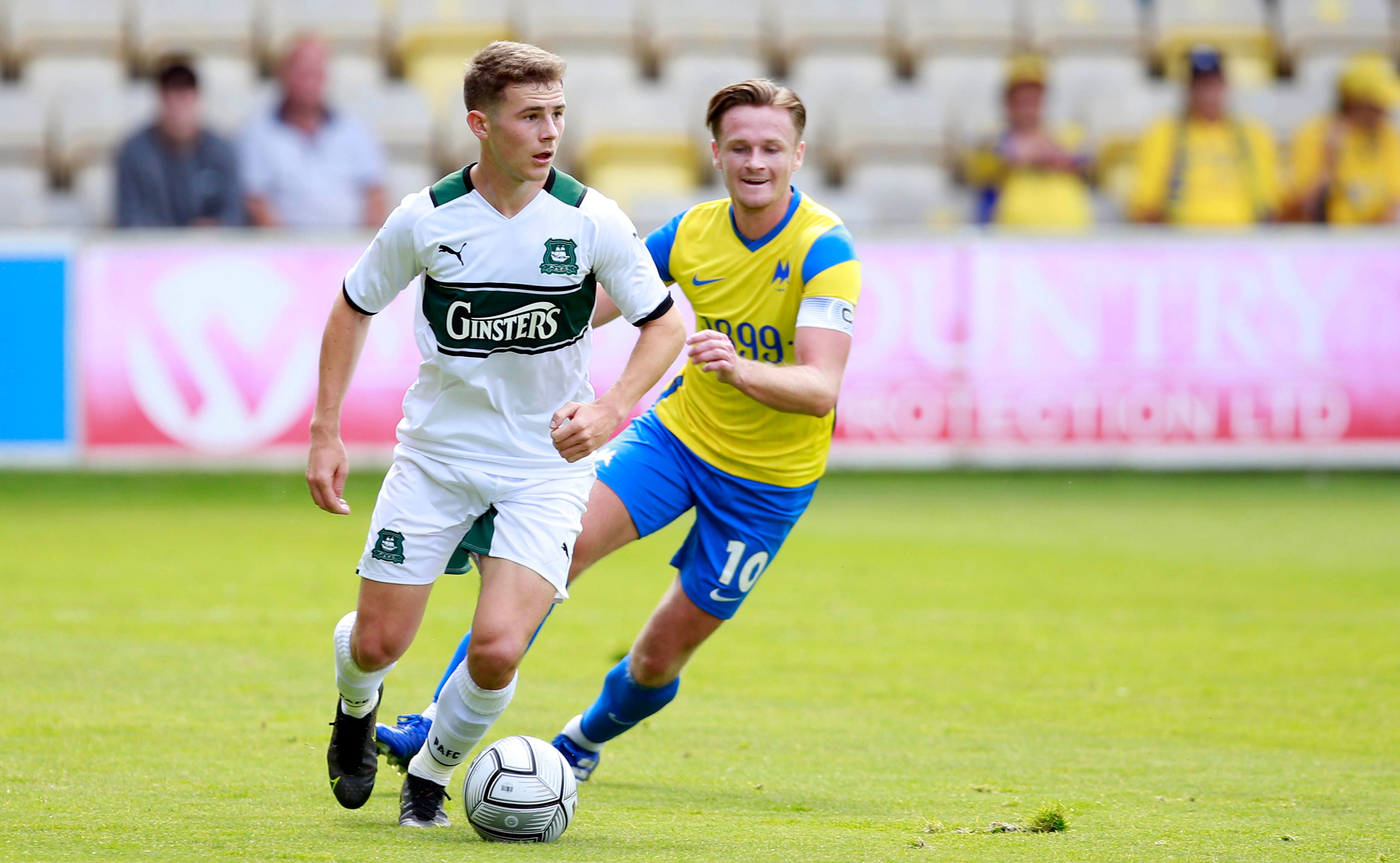 It was a happy return to Plainmoor for midfielder Adam Randell, who played the full 90 minutes as Argyle beat Torquay United 3-0 on Saturday.

The 20-year-old, who helped the Gulls reach the Vanarama National League play-off final last season, was cheered by both sets of fans throughout the game.

He said, “I did hear it, but I didn’t want to give too much reaction because I wanted to stay concentrated on my job. But it was nice.”

It was the first time that Adam had returned to Plainmoor following his loan spell, where he scored three goals in 45 games

He said, “I am fond of coming here but I was here to do a job.

“It was great to be back, to be fair, really enjoyed it. It was a good game.”

Adam has impressed when given the chance to play so far this summer. He was one of the best players on the pitch in Argyle’s 2-1 loss to Swansea City at Home Park and again against Torquay, was involved in most of The Greens’ good play.

He said, “I feel in quite good shape, I felt I was quite good on the ball which is what I am meant to be obviously.”

He anchored the midfield for the first 60 minutes, before moving to a slightly advanced position when Jordan Houghton came on.

This showed not only his versatility but also his willingness to do whatever it takes to help the team.

He said, “Everyone is ready for the start of the season. I think we’ve got good balance in the squad.

“Everyone has got minutes in their legs, and everything so were good to go.”

“I’m very excited for the start of the season – I can’t wait.”