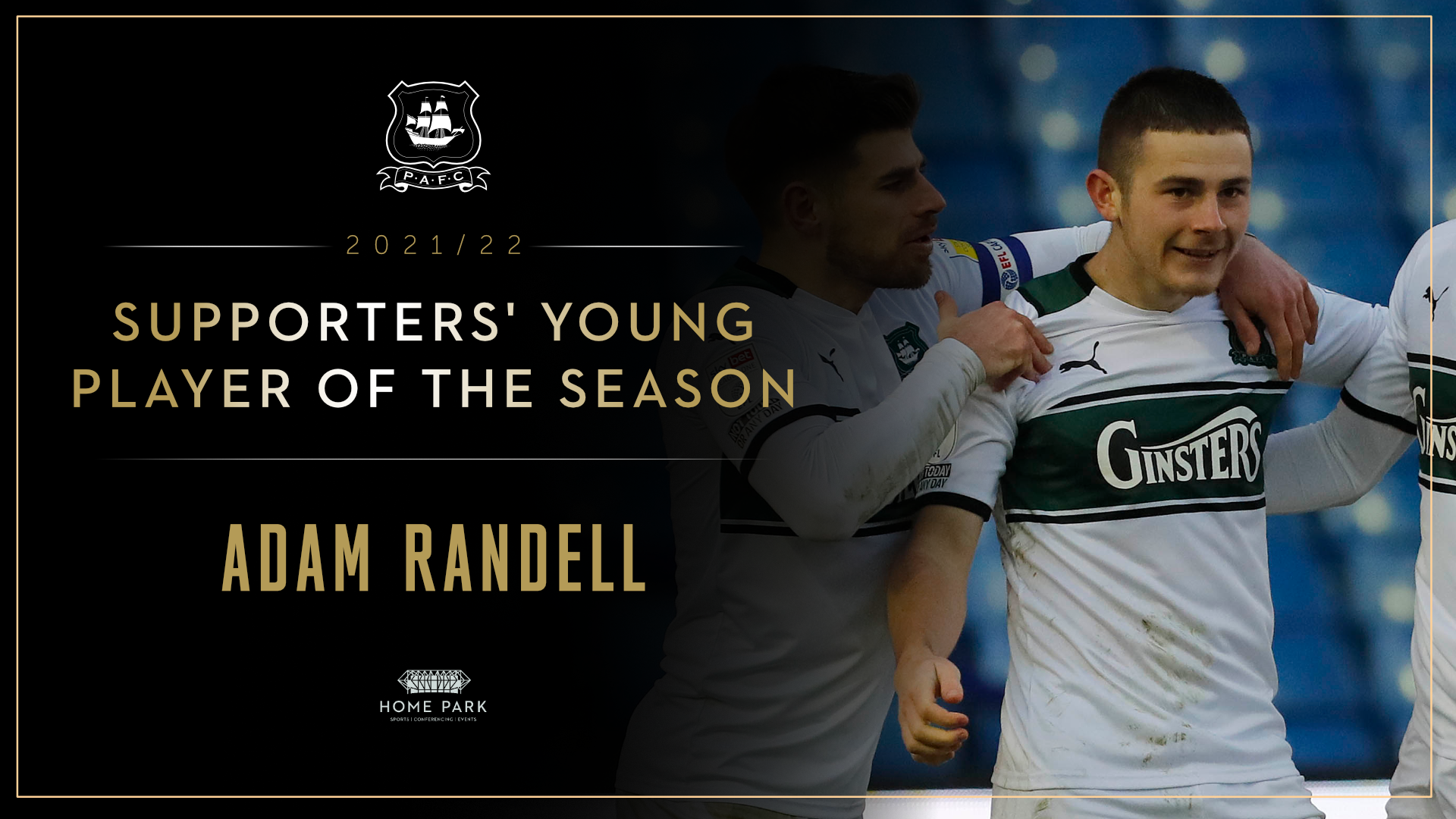 Academy graduate Adam Randell has been named the Supporters’ Young Player of the Season for 2021/22.

The midfielder, who spent last season on loan at Devon rivals Torquay United, has established himself as a valuable member of Steven Schumacher’s first team and has contributed heavily this year.

In January he netted his first goal for the club, a pinpoint free-kick against Sheffield Wednesday at Hillsborough.

Although that game ultimately ended in defeat, Adam claimed the man of the match award from the supporters, something he has done on four separate occasions this year.

His performances during that time led to him being voted Player of the Month for January.

The game that saw Adam grab the attention of the supporters and really announce himself at first team level was at home to Ipswich Town in October.

He came in for his first EFL start, replacing the suspended Jordan Houghton, and put in a man of the match performance as the Greens beat Ipswich 2-1 at Home Park.

He has since gone on to make 12 starts for his boyhood club and was rewarded with an extension to his contract in February, keeping him at the club until the end of the 2024 season.

Adam’s reputation in the dressing room is also plain to see as despite only being 21 years of age, he has captained the side on two occasions this year, both in the Papa John’s Trophy.

Congratulations Adam, you deserve it.