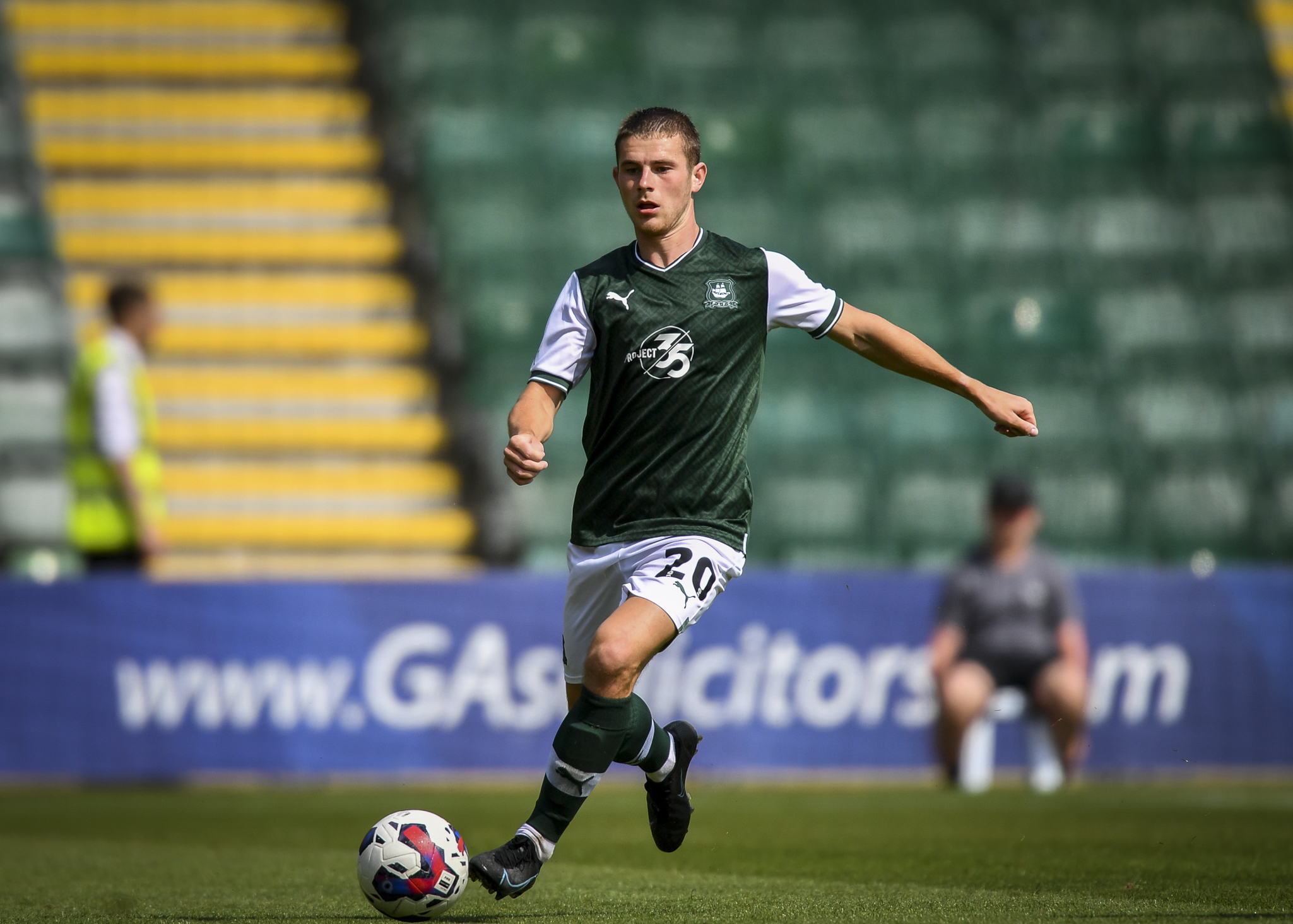 Argyle midfielder Adam Randell wants this to be the season where he takes the biggest step forward in his young career.

Everything in the 21-year-old’s trajectory thus far has been positive. He has made 42 appearances for Argyle, on top of a similar amount whilst on loan with Torquay United for the 2020/21 season.

For Torquay, virtually all of those games were from the start, in the National League, in a season where he was named The Gulls’ Young Player of the Year.

Adam was involved in 31 games for The Pilgrims last season, although just eight were league games in which he started.

After a strong pre-season, Randell started in the centre of midfield alongside Matt Butcher for Argyle’s opening game of the Sky Bet League One season against Barnsley, a game in which the pair gelled well, and The Pilgrims won 1-0.

Fellow midfielder Jordan Houghton was suspended for the Barnsley game, but is expected to return to the squad as Argyle travel to Fleetwood Town this Saturday. Manager Steven Schumacher clearly has options to choose from, but Randell is focused on doing everything he can to impress when called upon.

“I want to be playing every game, not just five halfway through the season,” Adam told Argyle TV. “I want to be there from the start until the end.

“I was happy to be starting. I feel as though I have started strongly and am in contention. I’m just trying to take each game at a time, and every time I play, play the best I can.

“I loved the game. We got a good result, and I thought we played well.  We had things that we can work on and we’re going to build on through the season.

“It was a good performance. There isn’t a lot to complain about when you are winning. After the first game last season, we put in a cracking run. If we can do something similar, that would be really good.

“Me and Butch work well together. We’ve already got an understanding between us, of what we’re going to do. If he runs forward I know I’m covering, or vice versa. It didn’t really take us long to get into that partnership. It’s an important one to have, because it’s an important role in the middle of the pitch, to help the team.

“It can give the attacking players a lot more freedom, knowing they have us behind to cover them. It allows them to get forward, get into the box and create chances. Float about wherever they need to go, to be creative that way and not be tied down.”

In last season’s trip to Fleetwood, a game in which Adam played the full 90 minutes, Argyle led 3-1 going into the closing stages, but Fleetwood got a goal back on 89 minutes, and found an equaliser in injury time.

It was a tough one to take for players and Green Army alike, but Randell and his team-mates are using that disappointment as motivation to get a good result this weekend, and banish last season’s memory for good.

“I was involved in the one last season,” said Adam. “We just couldn’t see it out. There was a mixture of mistakes – I was involved as well – so personally I want to put that right, and for the team as well. I want to go to go there and get another good result.”