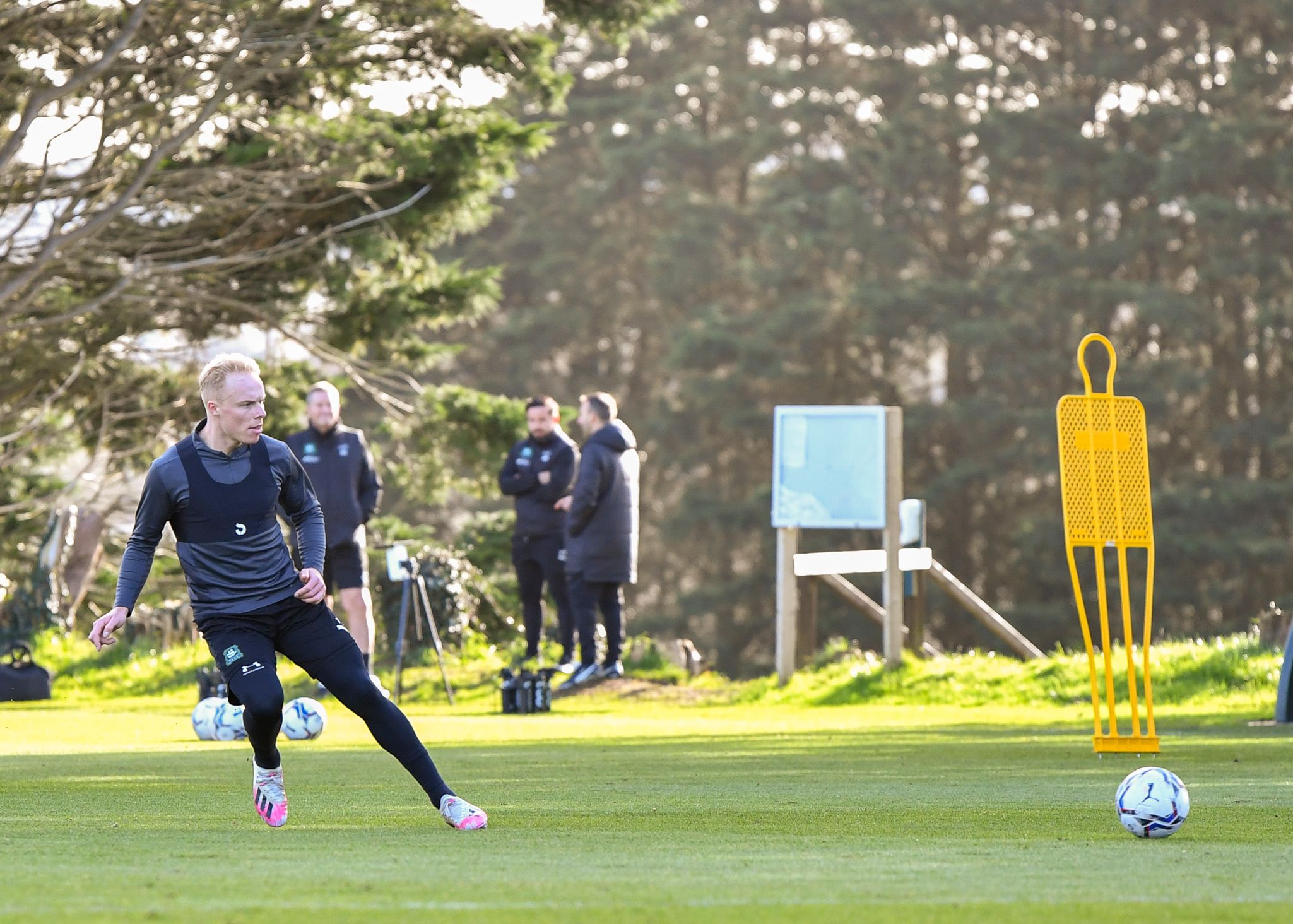 Argyle head to Yorkshire to take on Doncaster Rovers on Saturday, aiming to claim their first Sky Bet League One victory of 2022.

Two late goals from Fleetwood Town on Tuesday night, meant the Greens had to settle for a point, having looked on course for a 3-1 away win.

It was the second successive game that Argyle had conceded in injury time, having fallen to a last gasp defeat at Home Park against Lincoln City three days earlier.

Despite a run of three league games without a win, the Greens are well placed in the Sky Bet League One table.

They sit in seventh place, just two points outside the playoffs and have four points from the last three away games.

Having been solid for the majority of the season, the nine goals conceded in the last three games will be a concern to Steven Schumacher, but the Argyle boss is hopeful they’ll get back to their best.

Speaking ahead of the game he said, “We were all disappointed from Tuesday night.

“We have to move on through, there is no point dwelling on it and we have to look at the positives from the last couple of games.”

Saturday will be the fourth time in the last five league games that Argyle will have been away from Home Park.

They have been strong on their travels though, and have the fifth best record on the road in the division.

Only Milton Keynes Dons and Wigan Athletic have scored more away goals than Argyle and with seven goals in their last three away games, they look dangerous going forward.

Steven said, “We’ve been scoring goals and have been dangerous on the attack recently.

“Luke is closing in on 100 games for the club and I said the other night he is looking back to his best.

“He looks sharp, fit and energised and we want to continue to be a threat going forward.”

Doncaster Rovers will be looking to build on their win last time out.

The division’s bottom side got their first win in over a month when they beat Milton Keynes Dons 1-0 at Stadium MK.

Joe Dodoo got the only goal of the game to mean they are now level on points with Gillingham on 19 points.

Donny are without a point at home since a 1-0 win over Shrewsbury Town on Saturday, 11 December.

Since then, they have lost three games on the bounce at the Eco Power Stadium and have picked up fewer points than any side in Sky Bet League One, on home soil.

Argyle have won two of their previous three games against Donny, including a 2-1 win at Home Park back in September.

You do, though, have to go back to 2017 for the last time the Greens won at Doncaster, when a Sonny Bradley header gave Argyle a 1-0 win.

Argyle will assess the fitness of Ryan Hardie, Jordan Houghton and Danny Mayor ahead of their trip to Doncaster, all three have missed games in the last couple of weeks but trained on Thursday.

Macaulay Gillesphey is also in contention despite coming off in the draw with Fleetwood.

George Cooper and Brendan Galloway are out though and are the only long term injury concerns.

Luke Jephcott is set to make his 100th appearance for Argyle.

Ethan Galbraith is expected to be fit after coming off during Donny’s win at MK Dons on Saturday but Tom Anderson, Dan Gardner, Ben Close, Jon Taylor and Fejiri Okenabirihie are out injured.

Former Argyle striker Kieran Agard is expected to be involved.

Tickets are no longer being sold for this game but can be purchased at the ground. Supporters can buy tickets on the day of the game from the away turnstiles.