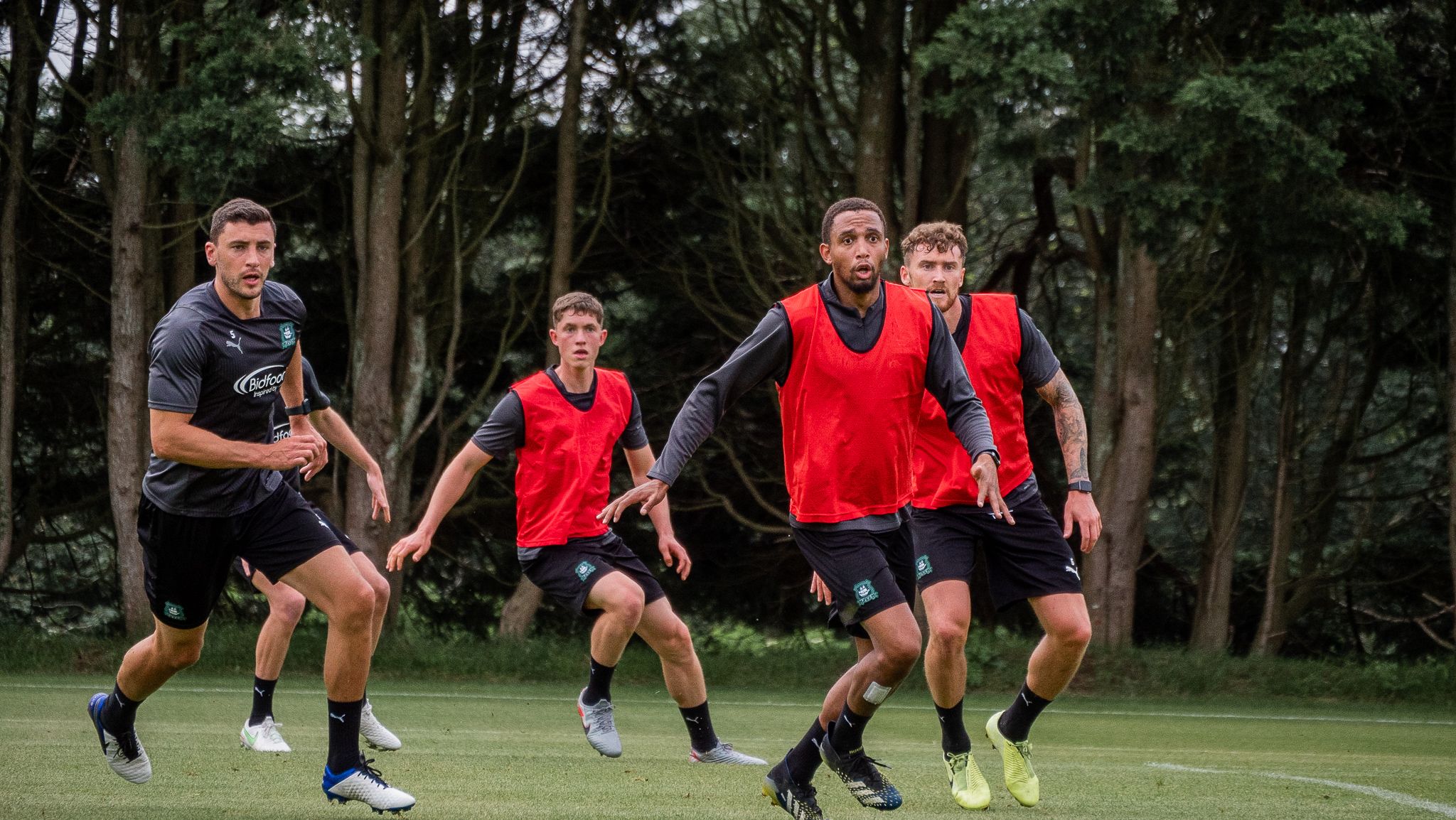 Argyle go into Saturday’s Sky Bet League One game with Morecambe off the back of three straight wins in the division.

The Pilgrims are still unbeaten following an opening day defeat at Rotherham United and extended that run to 13 games on Tuesday night with a 3-0 win over Bolton Wanderers, in the rain, at Home Park.

The form of the side is pleasing the manager Ryan Lowe, but he knows they have to be on their A game if they’re to continue impressing.

“We are looking forward to playing Morecambe, they have made a decent enough start they are scoring loads of goals. They’re conceding goals as well but it’s one we need to be ready for.

“The lads are in good spirits; the camp is very good, and I don’t see why it shouldn’t be really.”

The Greens have scored three goals in their last two outings, with Jordon Garrick and Panutche Camata, with a brace, on target against Oxford United.

Then on Tuesday, Brendan Galloway, Conor Grant and Ryan Broom netted to mean that Lowe’s side have only failed to score in one league game.

They come up against a Morecambe side who won promotion, under former Pilgrims’ boss Derek Adams, last season and they have made a decent start to life in their third tier.

Now under the stewardship of Stephen Robinson, they have won four of their 13 matches and have picked up 14 points.

They have, though, lost their last three in the league, all of which have been away from home.

In their last match at the Mazuma Stadium, Cole Stockton and former Argyle defender Scott Wootton scored in a 2-0 triumph over Lincoln City.

In Stockton, they have the division’s joint top goal scorer with 10 goals.

If you chuck in his two assists then the striker has had a hand in over half of Morecambe’s goals this season.

“Cole Stockton is scoring loads,” Ryan said. “He’s someone I know very well, and we need to be ready for whatever is thrown at us.”

Argyle have won their last two meetings with the Shrimps, winning 3-0 last time out, at Home Park in December 2019.

On their last trip to Lancashire, Michael Rose and Peter Murphy scored for the hosts in a 2-1 win.

The Pilgrims have no fresh injury concerns and, if you take long term absentees George Cooper, James Bolton and Niall Ennis out of the equation, have a fully fit squad to choose from.

The same can’t be said for Morecambe who could be without as many as three first team forwards.

Jon Obika, Shayon Harrison and Courtney Duffus have all missed large parts of the season and are likely to be out for Saturday.

Tickets are no longer being sold for the game but there will be pay on the day available without a price increase. Tickets can be purchased from the Away Ticket Office at the Mazuma Stadium.