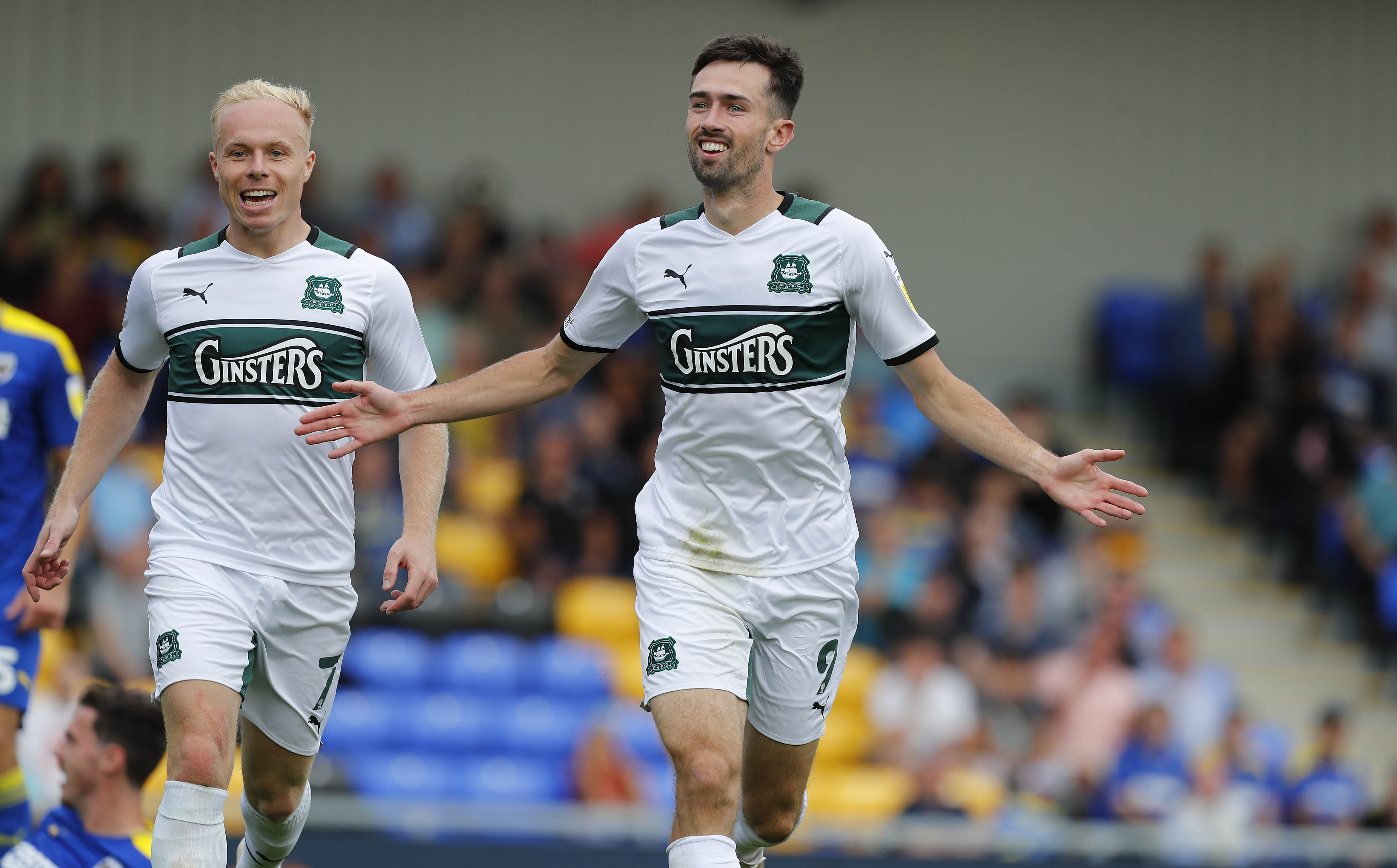 After the expansive thrills of a 3-0 win over Sheffield Wednesday at Home Park, Argyle served up the perfect away performance to battle out an equally important three points at Wimbledon.

Ryan Hardie scored the only goal early in the second half, adding another composed finish to his growing portfolio, as the Greens frustrated their in-form hosts with a display packed with grit, tenacity and endeavour.

Argyle’s second meanest defence in Sky Bet League One was taking on the Division’s highest scorers and the Dons opened with a deep free-kick, headed back across goal from Ben Henegham and it was good handling from Mike Cooper to calm the situation.

The next save, low to his right, needed a bit more attention after Pressley had found space in the right channel. Argyle responded with diligent work from Ryan Broom to release Luke Jephcott, who cut the ball back for a Hardie shot blocked by the home defence.

A loose clearance presented Ethan Chislett with a snapshot from distance, tipped wide by Cooper, and the subsequent corner to the back post was thankfully nodded off target by Will Nightingale from a great position.

When Nightingale did find another header on 20 minutes from a similar corner, Cooper produced a terrific low stop and Argyle took that impetus to win their own set-piece following a clever pass by Panutche Camara and the willing runs of Hardie.

The corner came to nothing and Wimbledon were soon back on the attack, Cooper saving bravely at the feet of Assal. Gradually, though, Argyle’s passing game began to find its mark and a deep cross from Garrick was half-cleared to Camara for a 20-yard volley sent scuttling inches wide.

The Greens ended the half with more smart work from Cooper to thwart McCormick and stout defending was rewarded with a super opener three minutes after the interval.

It all stemmed from a ball over the top of the home defence and Hardie was the man alert to the possibilities, racing clear and calmly rounding ‘keeper Nik Tzanev to send the magnificent travelling Green Army wild with delight.

The game had stepped up a few notches in terms of entertainment, with Camara and Broom rampaging through the midfield, protected by the astute poise and positioning of Jordan Houghton in the anchor.

Just past the hour, Wimbledon opted for a double change with double-barrelled fresh legs, Awokoya-Mebude and Nesta Guinness-Walker replacing Cheye Alexander and Chislett.

While Tzanev had no chance one-on-one with Hardie, Cooper was exemplary in denying Assal from a similar situation, with Dan Scarr justifiably berating the assistant referee for the lack of an offside flag.

Wilson was equally unimpressed when referee Tom Nield awarded the Dons a free-kick on the edge of the box but Anthony Hartigan’s drive was deflected wide, and Scarr stood tallest from the corner.

Camara then picked out Broom with a lovely cut-back but the shot was charged down. Kieran Agard replaced Jephcott for the final 10 minutes of a delightfully efficient on-the-road display.

Agard soon breached the Wimbledon rearguard, latching on to a Conor Grant pass and unlucky to see the shot was deflected wide. Grant was then replaced by Ryan Law, while the Dons withdrew Pressley for Daniel Csoka.

A Camara cross almost found Agard for a decisive second on a day largely dominated by Pilgrim discipline, despite a hugely generous eight minutes of stoppage time, with Wilson, Scarr and Brendan Galloway superb at the back. Bring on the Tuesday trip to Portsmouth.