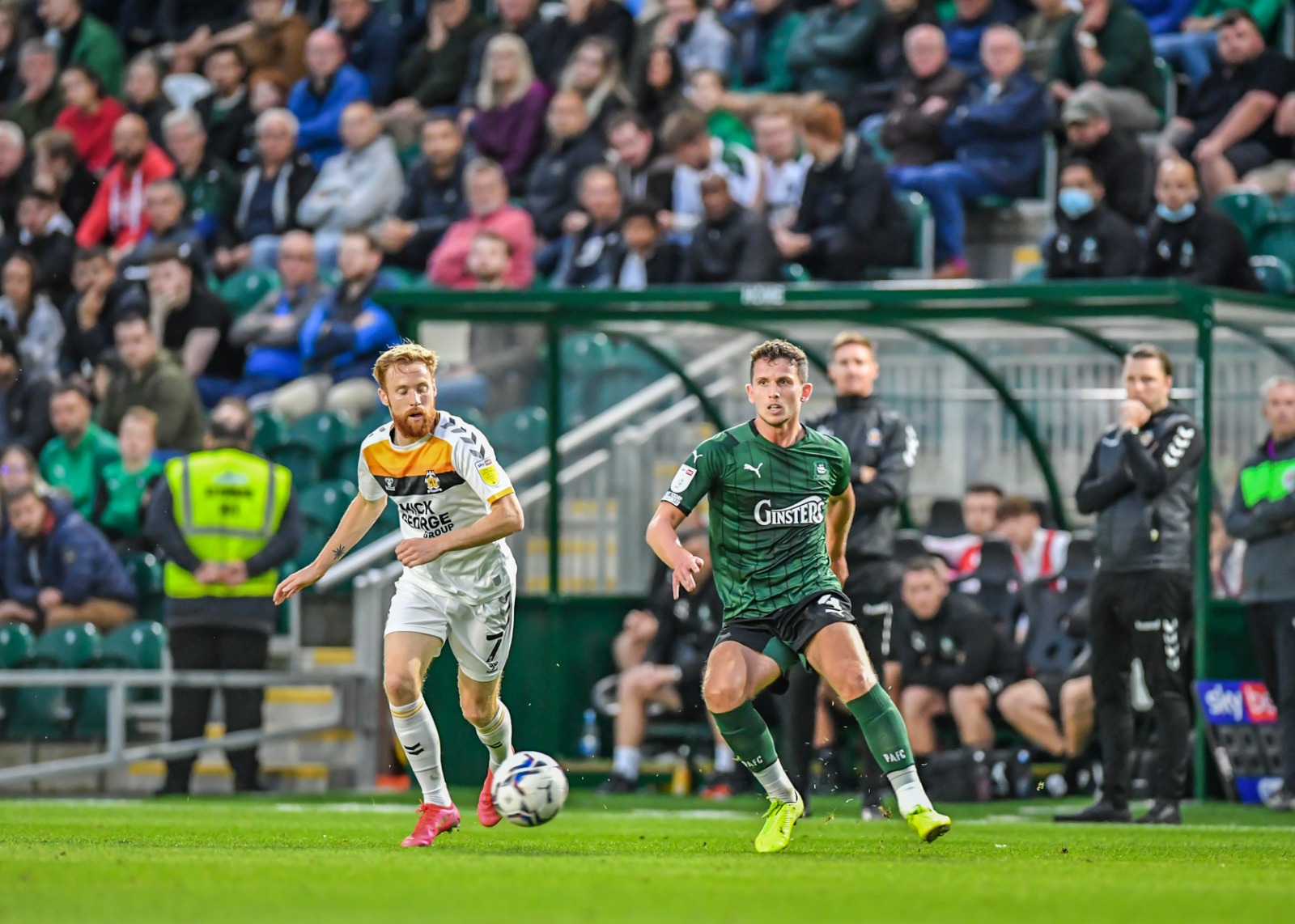 Two homegrown Pilgrims, Luke Jephcott and Mike Cooper, produced the best moments of a 1-1 draw with Cambridge, one had luck on his side and the other certainly did not.

Jephcott broke the deadlock with a sumptuous finish on 66 minutes and for a milli-second Cooper looked to have earned the three points with a superb penalty save from Joe Ironside, but the rebound was converted for a Home Park stalemate.

Argyle manager Ryan Lowe made just one change from the weekend win over Gillingham, with Macaulay Gillesphey replacing Brendan Galloway in defence, while his Cambridge counterpart, Mark Bonner, opted for three alterations to the side beaten 2-1 at Accrington on the weekend, including the return of former Pilgrim Lloyd Jones to the United defence.

James Wilson and George Williams introduced themselves to each other with a fearless 50/50, prompting a minor disagreement between the two sets of players and an early booking for the two protagonists.

Williams then offered the first shot on goal, flicking a low near-post corner wide from an inventive routine by the visitors, swiftly followed by a clever turn from Saturday’s matchwinner, Jephcott, and a low shot that was comfortable for Dimitar Mitov.

James Brophy responded with a lively run down the left and a cutback for Liam O’Neil, who warmed the hands of Cooper with a scuttling effort from 20 yards. Cooper backed up his previous involvement with an excellent catch under pressure from a Brophy cross.

Panutche Camara went close with a header before a worrying injury to Cambridge skipper Greg Taylor, after an awkward landing, ended his evening on the half-hour, with Harrison Dunk the replacement.

Argyle were the side in better control of possession and an evening that would require patience against a well-populated Cambridge defence, with Jones thwarting a trademark channel run from Ryan Hardie.

It was a first period hampered by bitty fouls and interruptions, making it difficult for either side to find their rhythm, and summed up by six minutes of injury time.

The Pilgrims restarted the game in positive fashion and a clear increase in the tempo of play. The Greens had the ball in the net on 54 minutes and Jephcott wheeled away after a tidy close-range finish.

It was a deep free-kick, won in the air by Wilson and flicked off the head of Hardie for Jephcott to poke home, but the celebrations were cut short by a painfully late flag from the assistant referee. Pilgrim protests were completely understandable and replays suggested a very tight call.

Argyle dusted down the disappointment and a Dan Scarr head-down from another diagonal free-kick was met on the half-volley by Ryan Broom, but he was unable to get clean enough contact to seriously trouble Mitov.

A searing drive from Gillesphey swerved viciously from 25 yards and Mitov actually did a super job in turning it over the bar, but no ‘keeper in the world could have done anything about the next attempt.

Jordan Houghton returned the ball with a deep clipped cross from the left and Jephcott met the volley beautifully to steer an outstanding finish into the near-side top corner. A wonderful goal from a young striker brimming with confidence.

Like Saturday, Argyle’s second-half energy, fluency and fitness was excellent, but Cambridge were given a lifeline when Gillesphey nudged over Shilow Tracey in the box. Ironside took the penalty, brilliantly saved low to his right, but the visiting number nine slotted in the rebound.

Argyle changes arrived before the restart, with Jephcott and Conor Grant withdrawn for the fresh legs of Adam Randell and Ryan Law. Cambridge, meanwhile, subbed Tracey for Sam Smith.

Youngster Rhys Shirley for Houghton was the last throw of the dice but it was Scarr who went so close to a winner, first with a deflected shot wide and then a header against the bar.