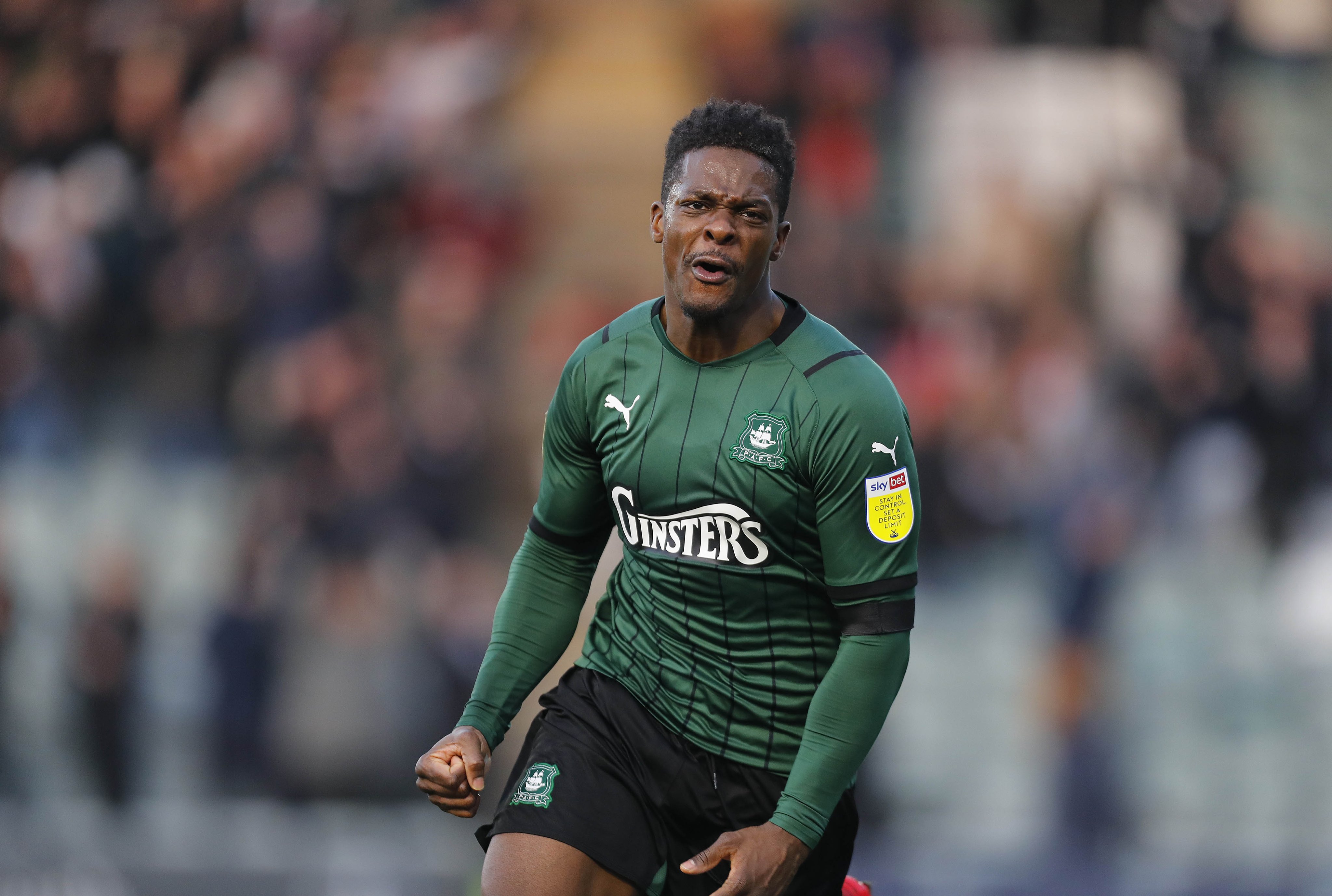 A cultured finish from Kieran Agard in the final seconds of the first half proved enough to earn Steven Schumacher his first win as Argyle manager, and it was richly deserved.

The goal proved a massive confidence injection after the break, as the Pilgrims swarmed all over Charlton and created enough chances to comfortably cement the victory. While the second somehow failed to arrive, it was still a fine display from all in Green.

In his first Home Park game as Argyle boss, Schumacher made just one change from the narrow loss at Sunderland, Agard replacing Ryan Broom, with Jordon Garrick operating at left wing-back.

Charlton were the side to end Argyle’s amazing unbeaten run last month and the early exchanges demonstrated a counter-attacking approach from the visitors, with Jonathan Leko benefiting from a break on seven minutes to fizz a shot goalward, beaten away by the fists of Mike Cooper.

Responsible defending from Dan Scarr and Macaulay Gillesphey repelled the next threat, stemming from a near-post cross by Diallang Jaiyesimi, while Ryan Hardie very nearly crept in behind the Charlton defence after a ball forward from Panutche Camara., who was outstanding all afternoon

In truth, however, the opening quarter was a story of two sides cancelling each other out in attacking areas. A set-piece did provide Charlton with a decent opening on 25 minutes, Jayden Stockley rising highest for a downward header that forced the best from Cooper, low to his left.

A brilliant surge from skipper Joe Ewards created room a for a Garrick cross, cleared by the retreating, Sean Clare. Danny Mayor then won a free-kick 22 yards from goal but Hardie’s scuttling drive proved comfortable for goalkeeper Craig MacGillivray.

The Greens next had a legitimate shout for a penalty when Garrick was challenged by Jaiyesimi, quickly followed by a handbag exchange between Clare and Mayor at the Devonport End.

The half ended with Argyle finally breaching the packed Charlton defence, starting with Mayor releasing Hardie for an angled shot saved by the feet of MacGillivray. The rebound fell to Agard on the edge of the box and he expertly steered a low left-footer off the inside of the post.

It was a superb finish from Agard and he started the second half with a lay-off for Houghton to clip a hopeful attempt into the arms of MacGillivray. The visiting custodian was made to work a lot harder moments later, palming away a fierce rising drive from Camara.

Leko led the Charlton response, racing down the right for a low cross cleared by Edwards, with Stockley’s follow-up aimed straight at Cooper. Seconds later, Hardie was back in the Addicks’ penalty area for a driven cross that MacGillivray fisted clear.

Charlie Kirk replaced Pape Souare for the visitors on the hour but Argyle continued to be the side in the ascendancy, Camara racing through the middle to slip a pass for Hardie in the right channel, but his strike was rifled over the bar.

Dazzling play from Garrick created the next opening, a low cross scooped over by Camara. Houghton then picked out a sumptuous cross to the far post for Agard, who cushioned his volley wide from a great position.

Broom replaced Mayor for the final 20 minutes, while captain Edwards had Home Park on its feet with amazing commitment in the tackle to keep Charlton penned back. Niall Ennis for Agard was the next Pilgrim change.

Ennis introduced himself to the game with a weaving run and long-distance shot sent wide of the post, as Charlton struggled to find any real attacking momentum in their increasingly desperate search for a leveller.

In proper Scrooge fashion, the Pilgrim defensive unit gave the visitors nothing and three merry points for Argyle.

Happy Christmas Green Army and thanks for yet another incredible atmosphere at Home Park.