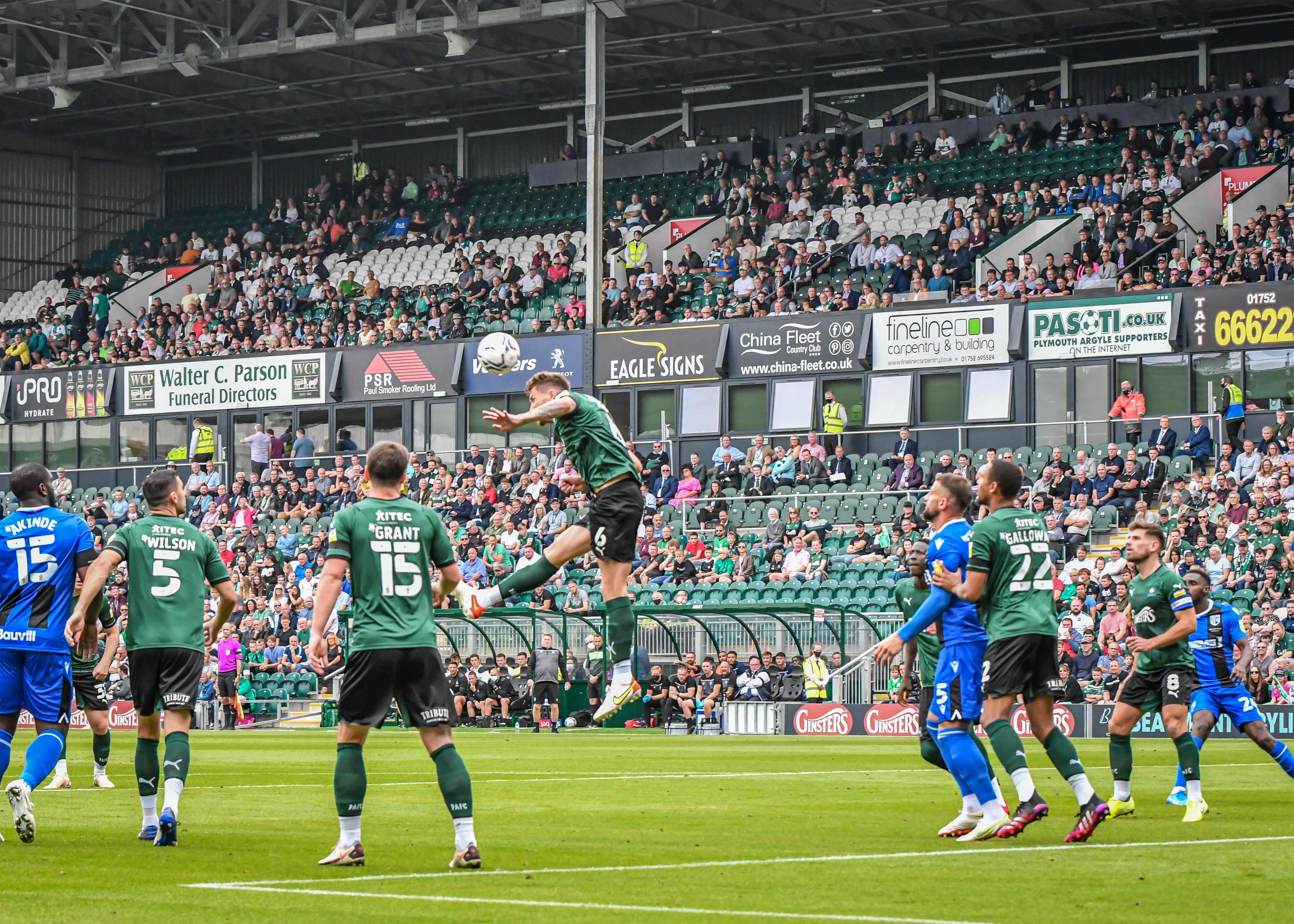 The Green Army are back inside the building and they were treated to a dominant Argyle display with a perfect ending.

After knocking on the Gillingham door for 88 minutes, Luke Jephcott found that big moment with an outstanding finish and three well-deserved points for the Pilgrims.

Before any thoughts of football, the players of Argyle and Gillingham joined with everyone inside Home Park for a minute’s silence in tribute to all those affected by the terrible tragedy that struck our community this week.

Argyle boss Ryan Lowe made just one change from the superb midweek win at Peterborough, with Ryan Broom replacing the injured Danny Mayor. Gillingham manager Steve Evans opted for seven changes from the youthful team that beat Crawley on penalties in the Carabao Cup.

The Gills were first to muster in attack, with a deep cross from David Tutonda met by the rising Vadaine Oliver, forcing Mike Cooper into a tip around his near post. It was all part of an early aerial bombardment from the visitors, with Dan Scarr dominant in defending the high ball.

Former Torquay winger Mustapha Carayol replied with a rampaging 50-yard run and cross to Oliver. The ball ricocheted back to Carayol for a bullet volley, bravely blocked by James Wilson.

A speculative Camara drive was more comfortable for the Gillingham custodian. A smart move between the lively Broom and Jephcott then led to a Grant cross glanced narrowly wide by Camara in the final chance of the half.

The Pilgrims restarted with a sweeping move down the left but Grant just pushed the ball out of play before delivering a cross. He had better luck moments later with a driven ball deflected wide by Max Ehmer.

Edwards attempted a similar delivery after a Jephcott pass and Hardie was so close to the decisive touch at the near post. Grant then cut in from the right for a scuttling effort that just missed the far corner.

Danny Lloyd-McGoldrick replaced Akinde for the Gills and a tweak in formation, as the visitors looked to quell Argyle’s dominance, quickly followed by Olly Lee for Stuart O’Keefe.

A delightful flick by Hardie freed Broom for another surge, illegally stopped on the edge of the box. Grant’s free-kick was deflected wide, as Gillingham made their final change on 64 minutes, Rhys Bennett for Jackson.

The relentless pressure continued with another Grant cross and a looping header from Jephcott landed on the top of the net before a couple of Gillingham injuries briefly disrupted the Pilgrim pattern.

The Green Army roared in hope for a penalty after a Bennett challenge on Broom but referee Charles Breakspear ignored the Argyle question. Roars turned to pained gasps on 85 minutes, when a Broom shot deflected off a Gillingham defender and flew inches over.

Argyle were in complete control, and the reward arrived with a fabulous finish from Jephcott, curling the ball superbly beyond the dive of Cummings and, when it struck the corner of the net, Home Park was greeted with the screams of delight we have all missed so much.

It was also the sound of victory, as Argyle played out the final minutes to secure the points.