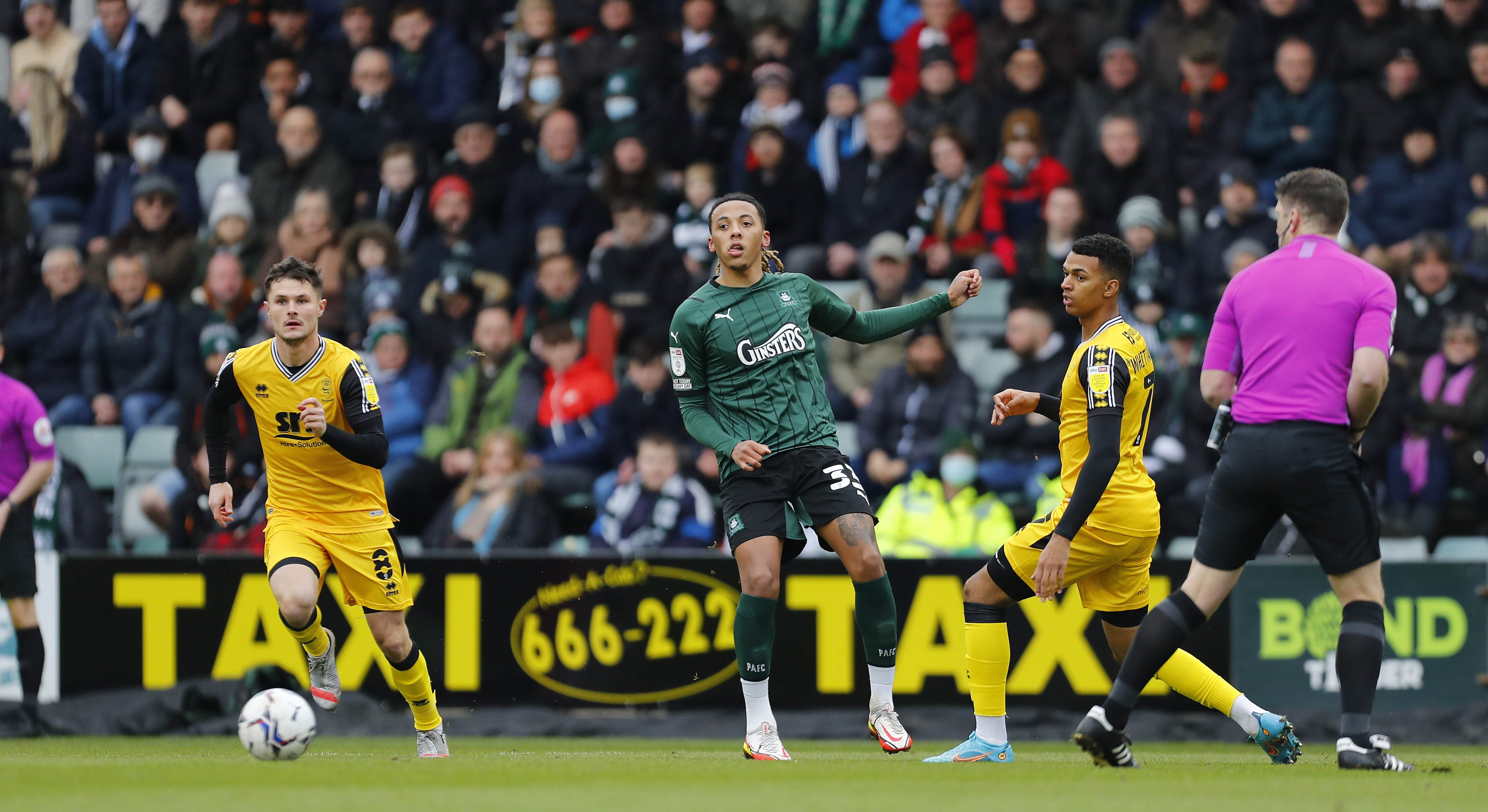 A last-minute header from Max Melbourne was enough for Lincoln to pinch all three points from an otherwise even contest at Home Park.

Luke Jephcott had given the Greens a half-time lead with an assured finish but the Greens were pegged back by a near-post effort from John Marquis.

Both sides kept plugging away for the winner and it arrived for Lincoln with Melbourne’s close-range nod from a corner.

Jephcott made a very bright start to his return, caressing a half-volley toward the corner from 20 yards after a tidy lay-off by Niall Ennis, but Lincoln ‘keeper Sam Long got his angles correct in making the save.

Marquis, a midweek signing from Portsmouth, lashed over the visitors’ first effort. The Greens were soon back in the ascendancy, with Conor Grant seeing plenty of the ball on the left and one low cross found Jephcott for a shot charged down by the Imps.

Sharp play from Adam Randell and then captain Joe Edwards created space for Broom to shift inside for a 20-yard right-foot drive, which was grabbed at the second attempt by Long.

Lincoln spurned a glorious chance to pinch the lead on 20 minutes, when Marquis charged clear down the left, drew Mike Cooper out of his goal and cut the ball back for Morgan Whittaker, who, mercifully, scuffed his shot with just a retreating Crichlow to beat.

Anthony Scully then warmed Cooper’s hands with a rising effort after Randell had been thwarted at the other end by a challenge from Regan Poole. Magical skill from Ennis on the half-hour led to another Jephcott strike, but it lacked the power to trouble Long.

The Ennis-Jephcott combo would be not denied, however, as a delightful passing move culminated in Jordan Houghton threading a pass into the channel for Ennis, who cut the ball back perfectly for Jephcott to steer a confident finish into the far bottom corner.

The Imps threatened a leveller four minutes before the break, Marquis executing a cute flick into the path of Scully for a shot brilliantly blocked by Crichlow, who next deflected a subsequent Scully across against the post. The lively Scully finished an entertaining half with a shot from the right channel swept inches wide.

The worst possible start to the second period arrived with yet another surge from Scully, and his low cross toward the near post was diverted past the stranded Cooper for a tidy finish from Marquis.

Lincoln very nearly snatched the lead moments later with a low cross and bundled effort was somehow turned wide by a combination of Dan Scarr’s challenge and an outstanding save from Cooper.

Argyle gradually mustered their response through Broom and Ennis shots charged down. The subsequent corner was nodded down by Scarr before being gobbled up by Long. Back to the Imps, and Marquis raced clear for a wonderful chance, but Wilson made a superb last-ditch tackle to rescue the situation.

Excellent work from Randell then conjured room for an Edwards drive scuttled into the arms of Long, while Houghton hobbled off for Panutche Camara, back from the Africa Cup of Nations, on 70 minutes.

A fizzing cross from Grant very nearly picked out Edwards from the next attack and the Pilgrim left wing-back was also involved in a lovely move with Broom, with the cutback for Ennis scrambled clear by Poole.

Garrick for Edwards was the next Argyle change before attention turned to a sweetly-struck Randell free-kick that forced the best from Long. Ryan Law replaced Jephcott for the final six minutes of a tense finale.

The Greens manufactured a super opening for a late winner, with Broom jinking down the right for a pass to Grant to shoot with his weaker foot but Long was in the right place to save.

The Imps then broke Pilgrim hearts with the last-minute goal from Melbourne.