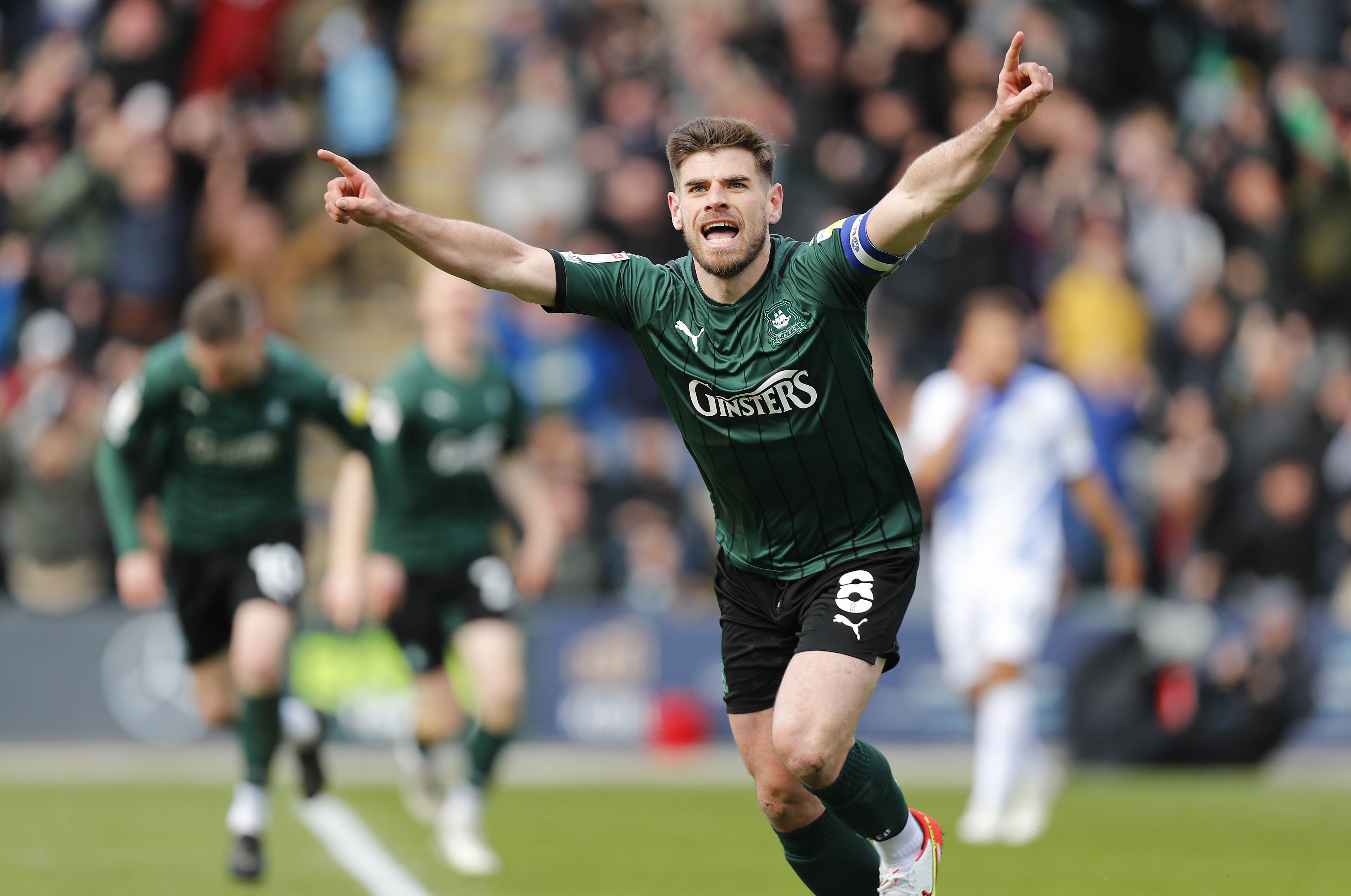 Home Park was bouncing all afternoon, both sides gave everything for the cause, Edwards won the game with a superb goal and we had the honour and privilege of welcoming special guests for Armed Services Day.

An afternoon at the football doesn’t get much better.

Oxford arrived at Home Park fresh from a two-week break and Edwards was in the right place to snuff out an early foray, swiftly followed by an outstanding save from the legs of Mike Cooper after a quick break had given Gavin Whyte a clear shot on goal.

The U’s continued their bright start with a looped pass from Marcus McGuane and Matty Taylor’s prodded lob just landed on the roof of the net. Jordan Houghton relieved the concern with a deep free-kick that found Edwards for a nod back across goal, cleared by Sam Long.

Danny Mayor made his introductions with a searing run and 25-yard drive that flashed inches wide before an enthralling game took another twist with a deep cross from McGuane to Billy Bodin, who was denied by a fine Cooper block at the near post.

The action briefly settled into some midfield sparring, a period interrupted by a slick turn from Niall Ennis and a shot rifled over from distance. The Greens then manufactured room for James Wilson to attempt a long-range effort that skidded wide of Simon Eastwood’s far post.

An inviting low cross from Garrick nearly found the late run of Law on 40 minutes but, for all the attacking intent on display, the first half ended goalless. Quick feet from Bodin and a left-footer curled narrowly wide resumed the action after the break.

Argyle immediately replied with an extraordinary goal from Edwards. Houghton started the move with a slipped pass and Mayor moved the ball left for Law to cross. Ennis cushioned the ball in the air with his chest and the skipper adjusted his feet before planting a brilliant volley into the corner. The technique, the timing and the significance all combined for a sumptuous goal.

Understandably, the Pilgrims were playing with renewed fluency and belief, with Mayor and Law causing problems down the left, and the intense running of Garrick and Ennis stretching the Oxford defence.

The U’s made a couple of changes in an attempt to alter the flow, Sam Winnall and James Henry introduced, but the Pilgrims remained steadfast in defence and Houghton putting out fires across the midfield.

After an incredible shift in the vanguard, Garrick was relieved of his duties for the closing 13 minutes, Luke Jephcott the readymade replacement, and he was a whisker away from releasing Ennis for a big chance after some beautiful interplay from the Greens.

Nathan Holland for Bodin was the final Oxford change but the Pilgrims continued to look the more threatening side, Mayor feeding Law for a low cross cleared by the retreating visitors.

Adam Randell and Ryan Broom replaced Mayor and Camara for the last few minutes and Home Park was a stadium full of tense anticipation. The Greens stood strong through the dying embers and a massive result for Argyle’s promotion aspirations.