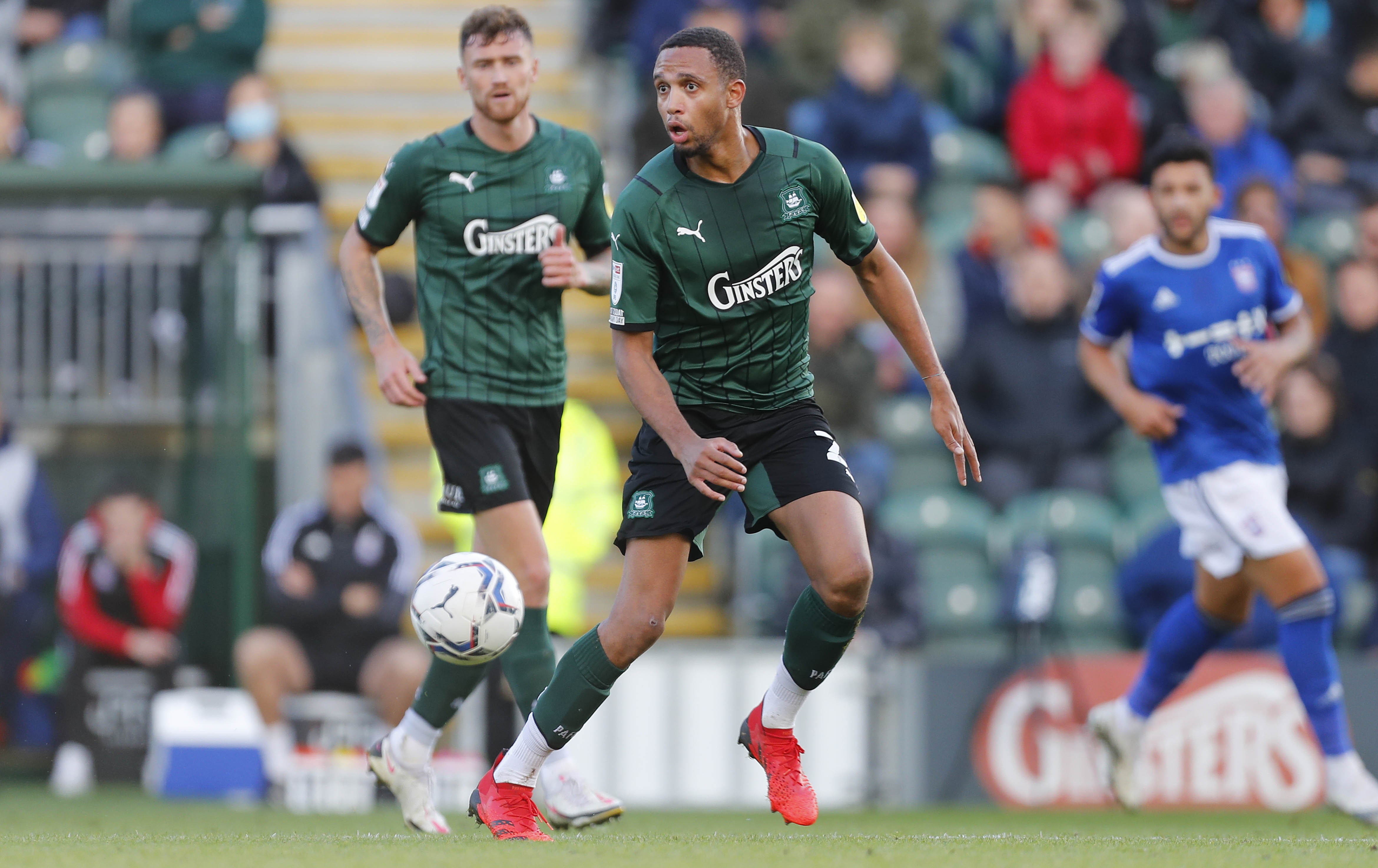 10 years to the week that Argyle were saved from the brink of extinction, a sold-out Home Park roared the Pilgrims on to a record-breaking victory over Ipswich Town.

A criticism often levelled at football managers lower down the EFL pyramid is that they are unwilling to trust home-grown players when the time comes – but this is not something that can be said of Lowe, who underlined his faith in the Home Park production line by selecting Adam Randell for his first league start in place of the suspended Jordan Houghton.

There was also a recall for energetic midfielder Ryan Broom, who came in for Danny Mayor in the only other change from last week’s draw at Morecambe.

There were also two changes for the Tractor Boys following last week’s late winner over Fleetwood Town, with Luke Woolfenden and Hayden Coulson replacing Janoi Donacien and Wes Burns, both omitted from the squad due to illness.

After a stunning stadium-wide display for Paul Mariner and a minute’s rapturous applause, the game was alive from the outset, with Grant and Broom combining to win a corner down the left – however, it very nearly resulted in a breakaway opener for the visitors.

The corner was cleared to the edge of the box, where an incisive ball in behind sent Coulson clean past last-man Joe Edwards. The Argyle skipper, realising he wouldn’t catch the forward, had the foresight to race behind the onrushing Mike Cooper, pulling off a superb goal-line block when Coulson squared for Macauley Bonne.

In almost perfect symmetry, it was from the resultant corner that Argyle squandered an opportunity to go in front.

Claiming the cross, Cooper launched a tremendous long throw down one of the flanks for top scorer Ryan Hardie to chase. Capitalising on his marker’s slip, Hardie raced in behind the back-line. Bearing down on goal with options arriving in the centre, the Scotsman looked to lay off to Broom for a tap-in, only to be denied by a combination of Argyle Academy product Christian Walton in goal and retreating Town skipper Sam Morsy.

With just three minutes played, both sides could feel aggrieved not to have the lead.

When the opener did come, it came from a corner. An in-swinging delivery was kept alive at the far post by Bonne, who laid off to Morsy. He expertly delivered a high hanging ball to the far post, where George Edmundson’s running advantage saw him leap above Brendan Galloway to nod home from underneath the crossbar.

Compromised but undeterred, Argyle responded in the manner we have come to expect from this group of players, and only the final ball denied Argyle a leveller as Grant and Edwards both peppered crosses into the Town box. Keen to prevent a momentum swing, Edmundson and Conor Chaplin both took one for the Tractor Boys’ cause, going into the book for illegally halting promising Pilgrim build-up play.

As the Greens looked to be heading into to the interval behind, Randell belied his debutant status to pick the Ipswich lock. Stepping inside the left channel, the 21-year-old measured a superb cross to the far post, which was bravely met by Edwards on the volley. Walton did well to steer it away from goal, but Jephcott reacted fastest to hook the ball home – the Greens’ 6000th goal in the Football League.

One became two. Argyle began the second half with real purpose, getting a hold of the ball in a manner they were not afforded in the opening period. A long, measured, and composed passage of possession play culminated in former Ipswich loanee Grant playing an inspired one-two with Galloway, before shrugging off his marker and slamming the ball emphatically beyond Walton in front of a delirious Devonport End.

Ipswich on the ropes, Argyle came again, and another pattern of intricate play down the left culminated in Grant crossing for Hardie at the near post, but the striker could not divert the cross on target.

Even in a spell of Green dominance, Town were not without their forays forward, and Lee Evans’ inviting corner somehow evaded a forest of Green and Blue legs to fizz wide of the far post, before Kyle Edwards scurried into the box only to be denied by a full body leaping block from Galloway.

It was on the counter from this second chance that Argyle nearly put the game to bed. Randell’s excellent control and measured through ball sent Jephcott away down the left, and he found Hardie in the channel. The striker took a touch and looked for all the money in the world to have found the bottom corner, but the finest of Walton touches took his shot millimetres wide of the far post.

At the other end, an equally golden opportunity came and went for Edwards, who found time to control Matt Penney’s cross on the penalty spot only to drag his effort wide, before Bonne spurned a glorious chance unmarked from six yards, firing straight at Cooper.

Desperately seeking a leveller, substitute Rekeem Harper thought he had equalised on 87 minutes, ghosting in on the left and beating Cooper, only for man mountain Dan Scarr to deny him on the line.

It was our day.