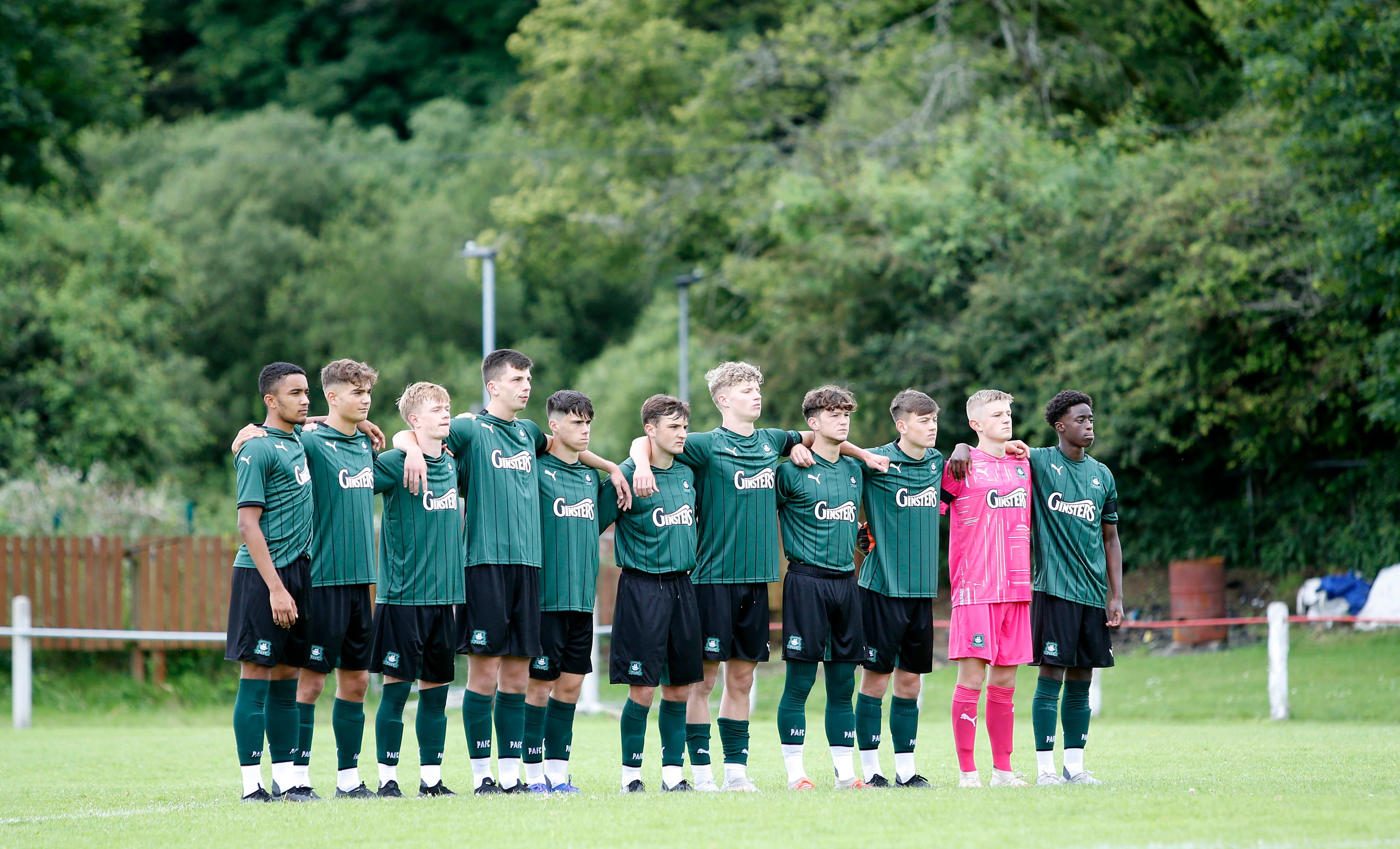 This EFL Youth Alliance League game at Kimberley Stadium, Saltash began on a solemn note as both teams, and spectators, observed a minutes silence for the victims of the Keyham shooting.

Argyle entered the game without three of their squad as Rhys Shirley and Finley Craske are with the first team while Welsh Youth International Will Jenkins-Davies was unavailable.

This made the tough task of playing last season's league winners all the more difficult, but the players can hold their heads up high for the way they performed especially when Jeffrey Forkuo slammed in a late equaliser.

"I was pleased with the way the lads stood up to the physical challenge whilst maintaining control and self discipline throughout a very competitive game. They also tried to keep playing the Plymouth way," said Head Coach Darren Way.

The first half was a very cagey affair as both sides closed each other down in midfield.

Argyle were restricted to just a couple of chance - an eight yard header from Jamal Salawu and Oscar Massey's drive that flew  over the bar.

The visitors had to rely on a free kick, from the edge of the box that was comfortably saved by Lewis Moyle while Josh Fowose volleyed wide at the far post.

The second half was a different affair, Argyle pushed forward with more purpose with Rutherford firing over the bar before Oxford shook the home camp by taking a 54th minute lead through Adam Smith.

Heads did not drop and Argyle hit back with Angel Waruih's mazey run deserving a better finish as Eddie Breary easily saved his final effort.

Massey was causing problems in the visitor's area and it was he who controlled Brandon Pursall's 84th minute free kick to lay the ball back  into the path of the onrushing Jefferu Forkuo who slammed an unstoppable drive into the top corner, from 25 yards.

Oxford tempers got the better of them and Tyler Goodram received his marching orders, for remarks to the officials, as Argyle surged forward in search of a winner.

The Pilgrim's best chance came a minute from time when Breary was spotted handling the ball outside his box and Massey's cracking free kick was beaten out by the 'keeper.