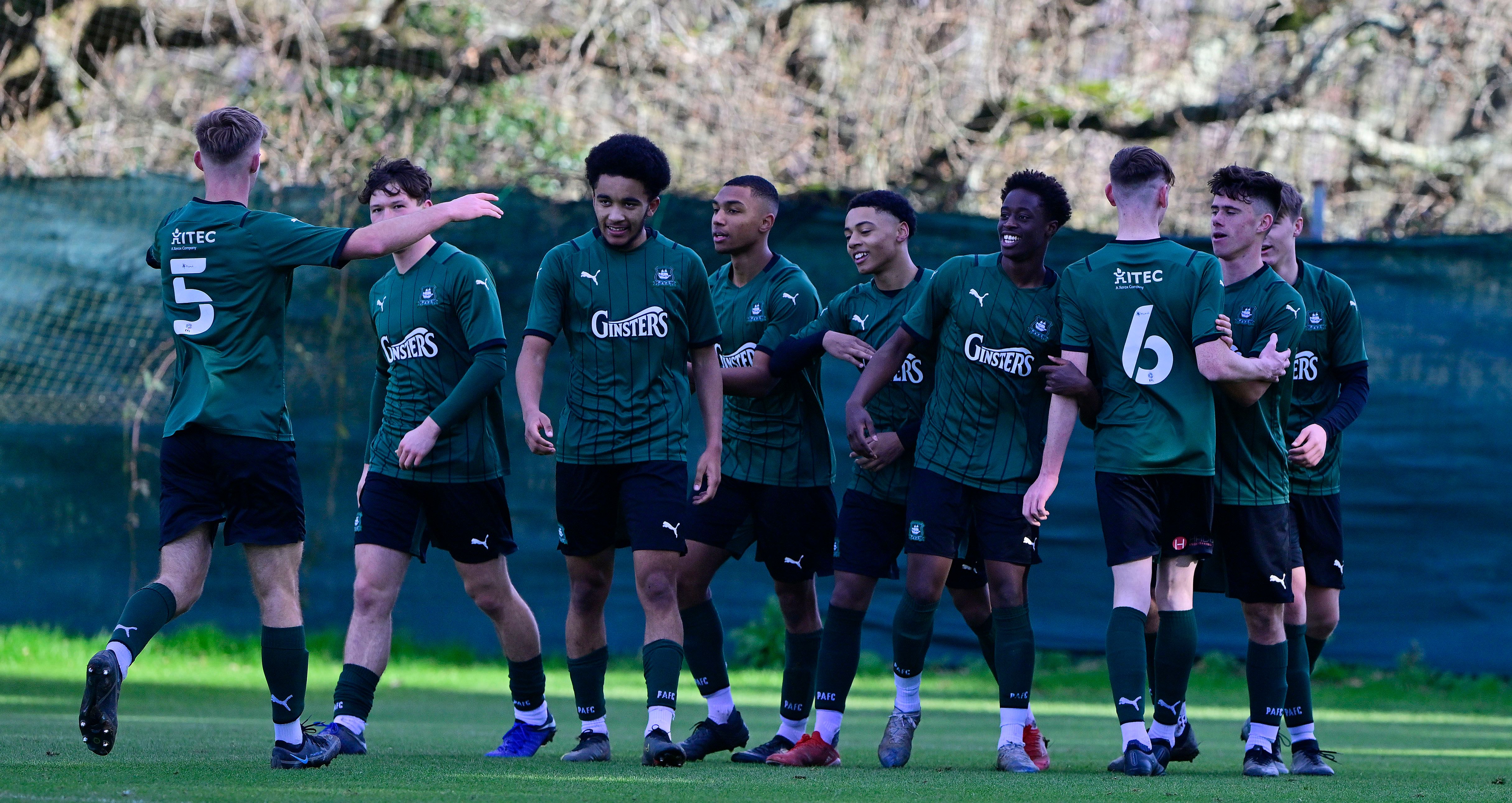 Argyle Academy kept up their 100% start to life in the EFL Merit League One with an excellent 2-0 victory over Southend United under-18s at Harpers Park.

Goals from Oscar Massey, his fourth in his last four games, and Jamal Salawu either side of halftime, were enough to see the young Greens comfortably home.

Argyle began the game strongly, keeping Southend on the back foot but the first chance did not come until the 17th minute when Oscar Massey's long range effort flew straight into the hands of visiting goalkeeper Luke Cerullo.

Skipper Carlo Garside thought he had broken the deadlock but his effort was ruled out by the assistant's offside flag.

Argyle continued to press and Freddie Issaka's fine pass put in Massey but his drive was pushed wide by the busy Cerullo - you felt the goal was coming.

The breakthrough finally arrived a minute into added time, and it was the inform Massey who got it.

He controlled a Jeffery Forkuo's pass to fire across goal and inside the far post.

A goal they deserved.

Argyle didn’t let half time get in their way and required just five minutes of the second period to double their lead.

Salawu making the most of indecision in the visitor's defence to turn and place his shot past Cerullo.

Cerullo was having a fine game for the visitors, and he was in action again, on 66 minutes, with a superb save to deny Massey after good approach work by wingback Oscar Rutherford.

Not happy with the two goal lead, the Greens went in search for more.

Another fine run by Rutherford saw his cross find the head of substitute Kieran Edworthy but the ball spins wide of the far post.

Argyle saw out the game with relative ease to make it two from two at the start of the campaign and are certainly playing with confidence.