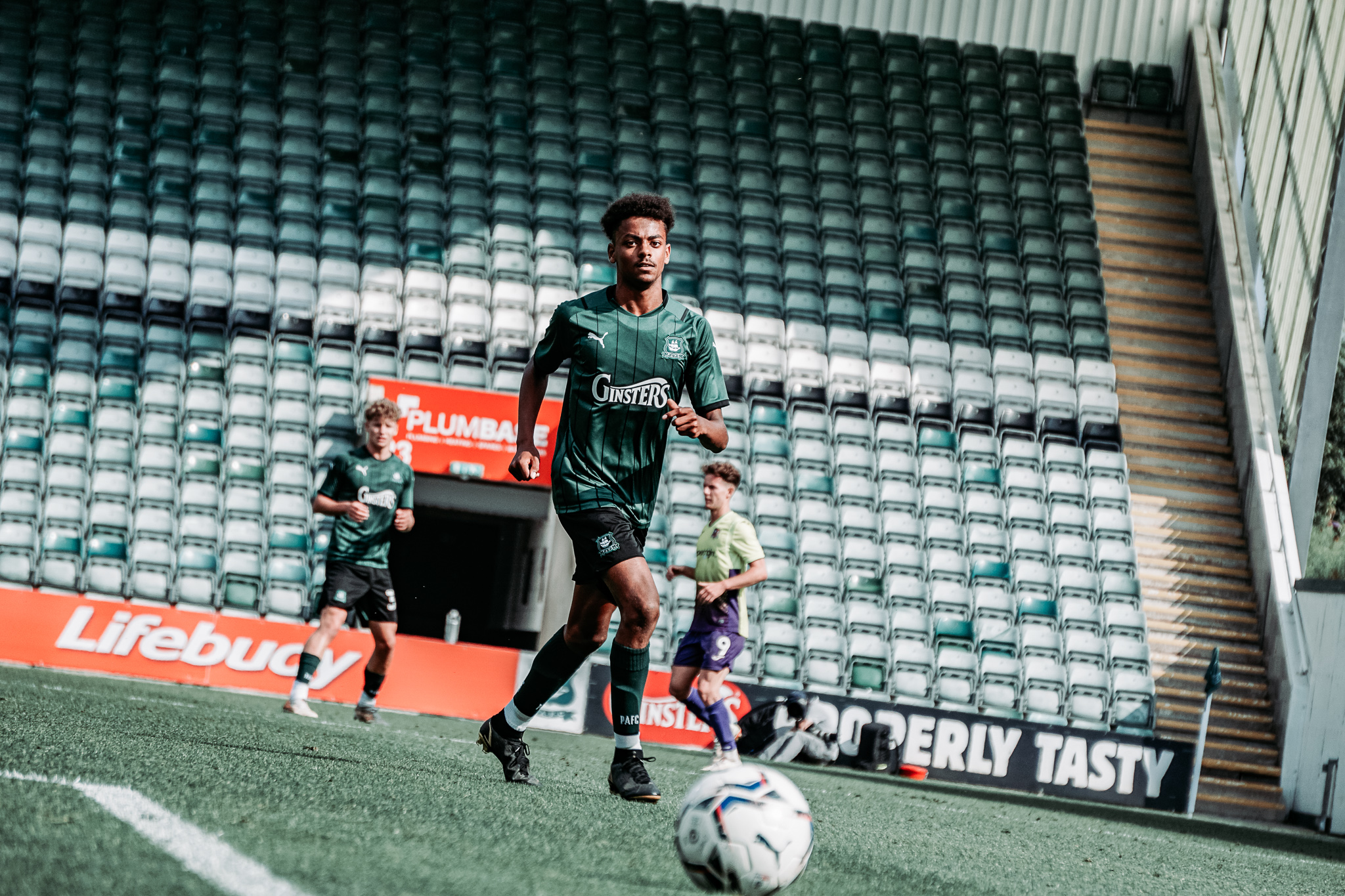 The second-half blitz ensured that Darren Way's side completed the double over the well beaten Grecians, and moving three points clear of them in this top of the table clash at Harper's Park.

The Pilgrims started well with Will Jenkins-Davies sending in an excellent cross that was begging for someone to provide the final touch.

Wing-back Jack Endacott was next to cross into the visitors' area, and although the Grecians had trouble clearing, they finally got the ball away to safety.

The young Pilgrims continued to press forward and Jamal Salawu showed good feet as he broke into the area only for an Exeter defender to get in a fine saving tackle as the Argyle striker prepared to pull the trigger.

The visitors are a very good side and they began to come back into the game - a good spell of pressure forcing centre-back Brandon Pursall and midfielder Angel Waruih to make crucial defensive headers.

Argyle came back strongly in the closing stages of the first period and great play by Waruih saw him make room to send the ball across the area, but unfortunately it was inches too high for onrushing strikers.

Good play by Oscar Rutherford saw Freddie Issaka take his pass on the edge of the box and send his marker the wrong way before seeing his shot skim the Grecians' crossbar.

The interval did not interfere with Argyle's determination and they were rewarded with the opening goal on 57 minutes when Jenkins-Davies' superb free-kick found defender Jeffery Forkuo, who beat the Exeter goalkeeper to the ball to head into the net.

The home side required just another eight minutes to double their lead as Issaka once again produced trickery in the box to pave the way for a curling effort into the Grecians' net.

Exeter are not challenging for the title for nothing, though, and they went in search of a response, and only a great challenge from Oscar Halls preserved Argyle's two-goal cushion.

Halls' day got even better as he met an 87th minute corner to steer the ball home from close range, but the celebrations did not end there - with the best effort saved for stoppage time.

Waruih let fly with a long range strike that flew into the bottom corner of the visitors' goal to send the Greens top of the table, three points clear of both Exeter and AFC Bournemouth, although the Cherries do have two games in hand.