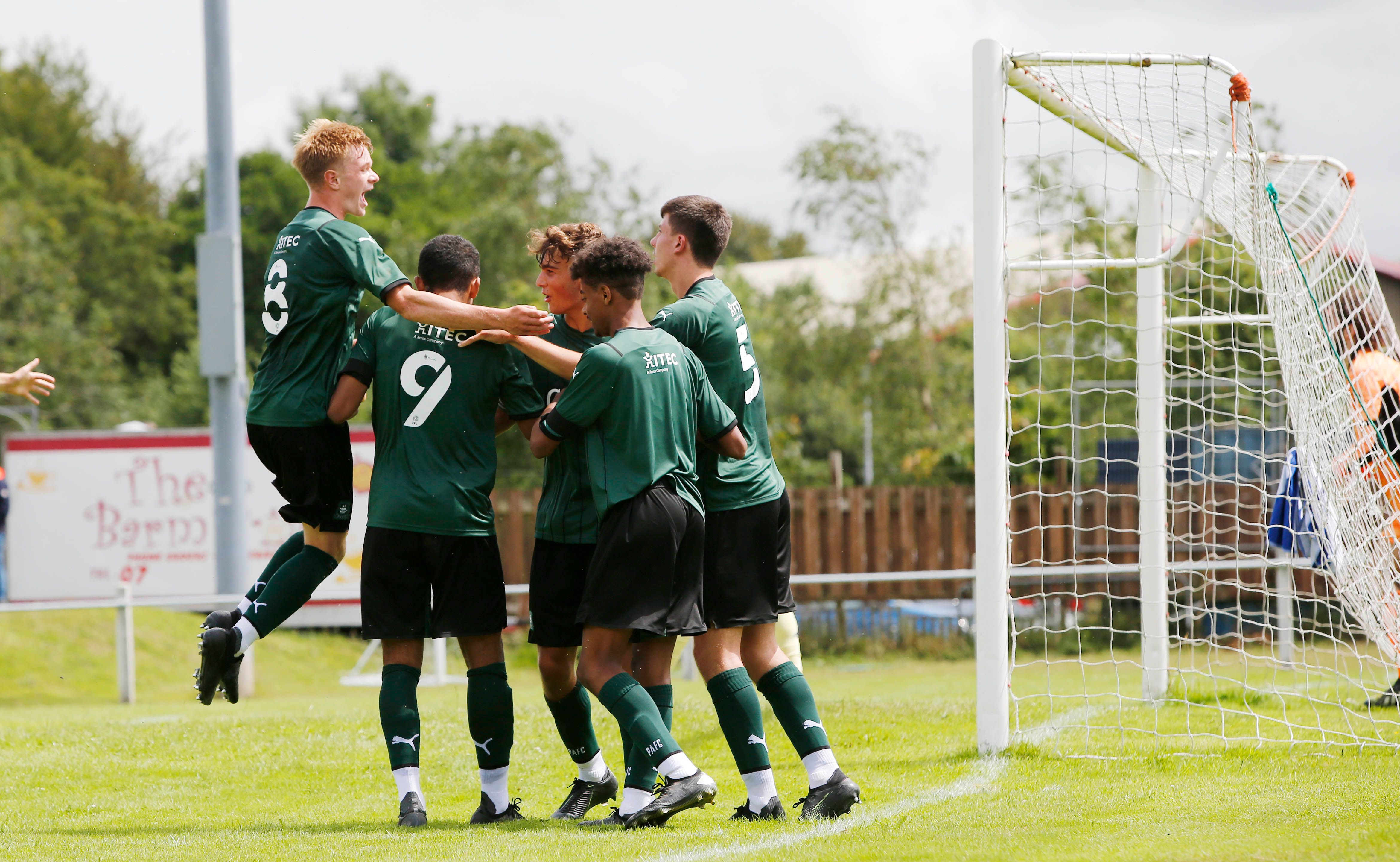 Argyle's youngsters returned to winning ways as they bounced back from defeat at Swindon Town last time out to beat their Newport County AFC at Tavistock's Langsford Park.

Jack Endacott, Kieran Edworthy, Ethan Mitchell and Caleb Roberts scored for the young Pilgrims who had to come from behind to claim their first win of the EFL Youth Alliance League season.

The opening goal came on 22 minutes when Jack Endacott finished a good move down the left with a powerful drive across the visiting goalkeeper and inside the far post.

The visitors then shook Argyle by levelling on the hour as a scramble in the area ended with the ball being back-heeled past Zak Baker from close range.

Worse was to come five minutes later as Argyle found themselves behind after Newport broke down the left flank before cutting inside and once again firing low into Baker's far corner.

Argyle responded well though and scored three goals in the final 10 minutes with Kieran Edworthy following up a saved shot to equalise from 12 yards.

Central defender Ethan Mitchell's powerful header, from a corner, made it 3-2 before substitute Caleb Roberts was brought down in the area and the youngster confidently despatched the penalty to complete the scoring on 90 minutes.