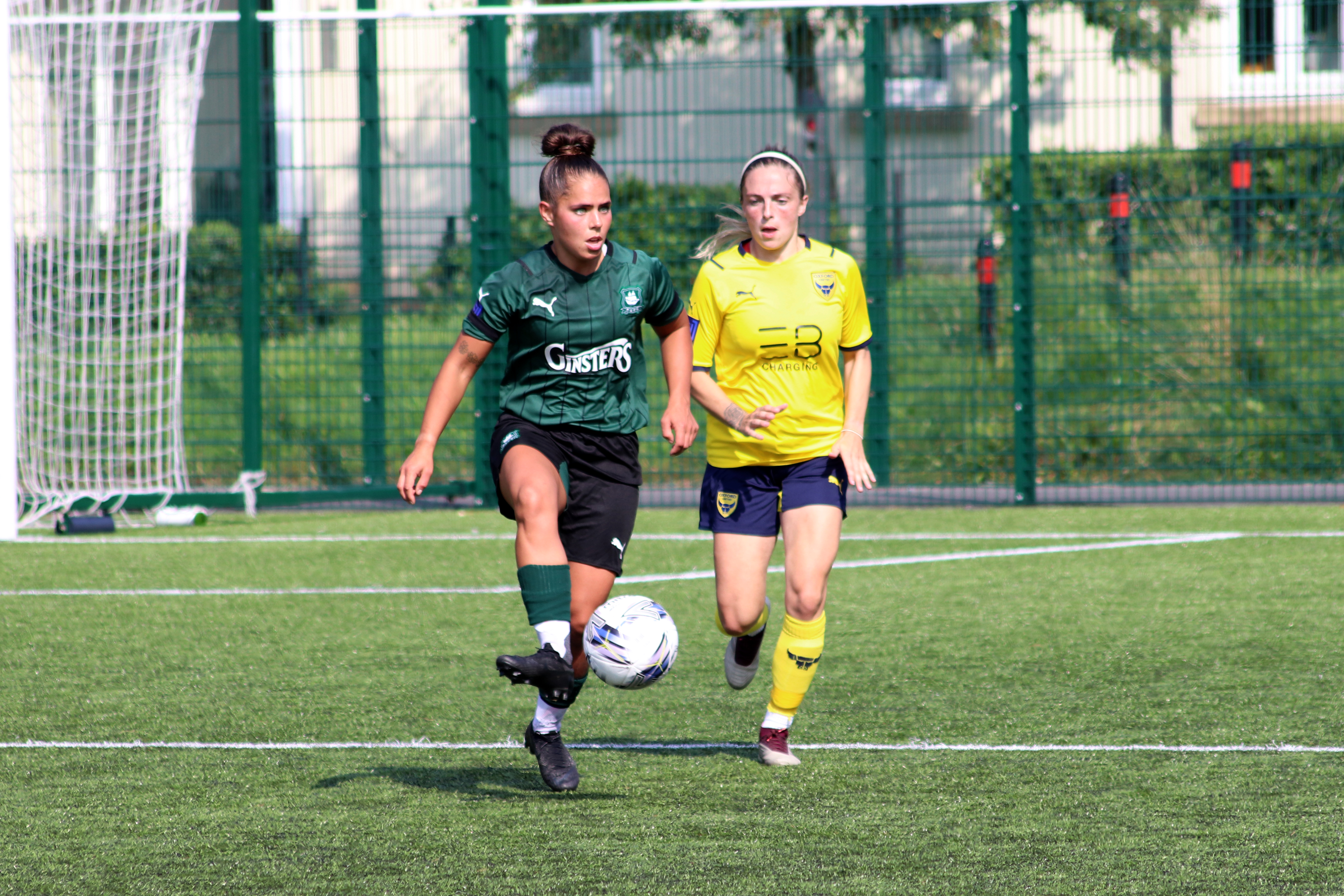 Argyle failed to capitalise on last week’s impressive 5-1 win over Keynsham and let their standards slip as they were well beaten by a strong Oxford United side.

Oxford took the lead after just 5 minutes as a long through ball was played in behind the Argyle defence by Baker and picked up by Lumsden, who finished well past Poppy Soper. Argyle would fall further behind in the 15th minute. After a neat interchange at the edge of the box, Lumsden would turn provider, firing the ball across the near post, finding Johns to double Oxford’s lead.

Argyle then grew into the game and worked their best opportunity of the match. Cunningham fired a deep freekick into the Oxford box, where Knapman headed the ball down to Gabi Alphous. After working a yard of space Alphous fired the ball towards goal, her strike beat the keeper, but unfortunately for Argyle, a covering Oxford defender was there to clear it off the line.

Argyle struggled to get going in the 2nd half, and in the 50th minute, Lumsden got her second and Oxford’s third goal of the afternoon, as she latched onto a long ball in behind the Argyle defence and finished well to extend Oxford’s lead. Then in the 63rd minute, Oxford should have had their 4th goal. As goalkeeper Soper attempted to play out from the back, she was well pressed and cleanly tackled by the Oxford attacker who passed the ball into the empty net. But to the surprise of everyone, she disallowed the goal because of a perceived foul on Soper.

Oxford did get the 4th goal in the 72nd minute when a scuffed shot from Lumsden squirmed through the legs of Soper and into the back of the Argyle net. Oxford would complete the scoring in the 81st minute when Ackerman intercepted Perrin’s backpass and squared the ball to Johns for her 2nd goal of the game.

It was a tough game for Argyle, who fell well below their usual standards but will have the perfect opportunity to make amends with an away game against Devon rivals Exeter City next weekend.