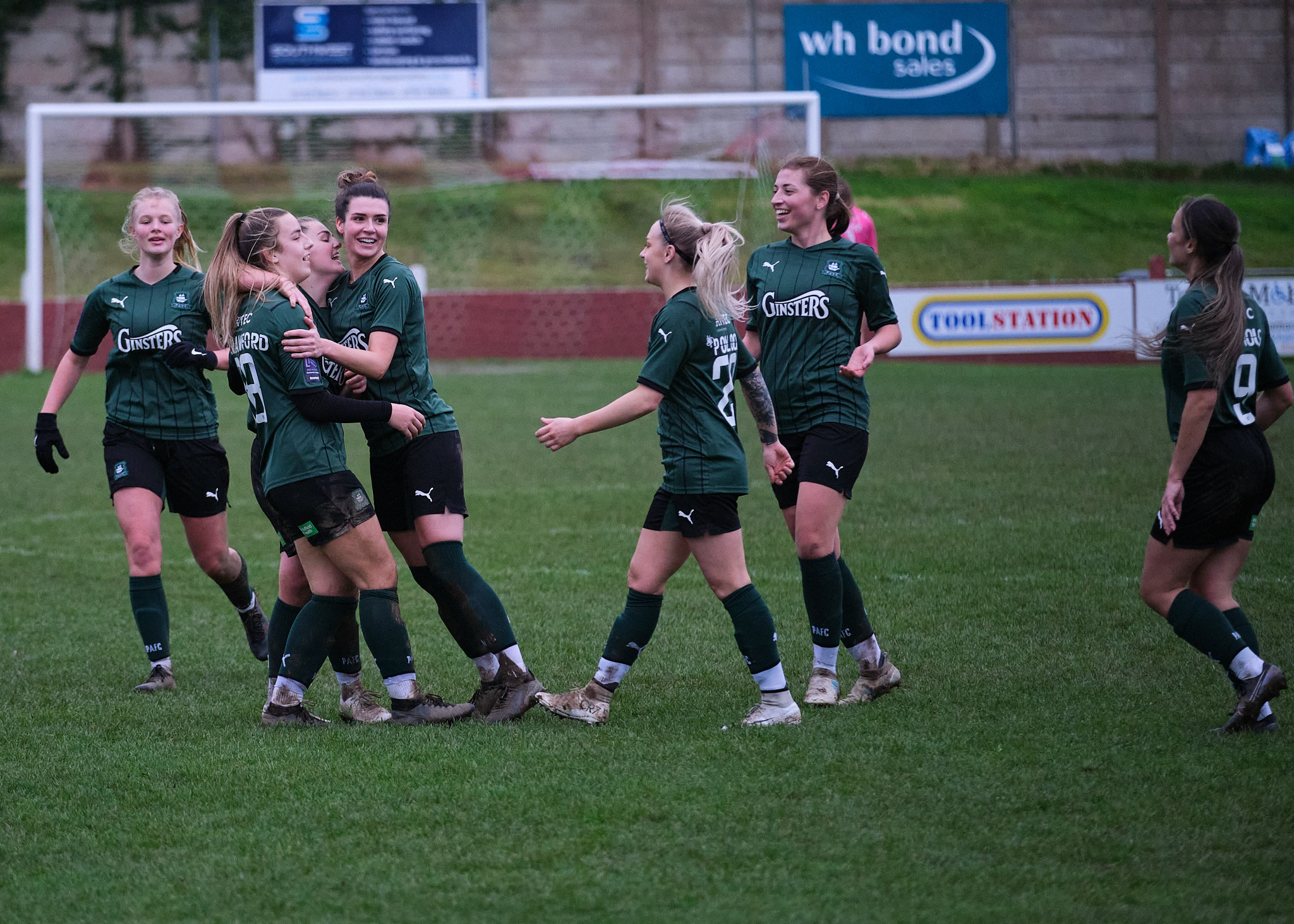 Plymouth Argyle Women booked their place in the 4th round of the Vitality Women’s FA Cup for the first time since 2018 after a professional performance against tier 7 side Clapton CFC.

The Pilgrims' team sheet was noticeable for 16-year-old Lucy Hack making her first start for the Greens, while fellow 16-year-old Tiana Campbell made the bench and would come on for her debut in the 2nd half. Also noticeable was the long-awaited return of Amber Pollock, who returned to the bench for Argyle after two years out with an ACL injury.

As the first tier 7 side to ever reach the 3rd round, Clapton were cheered on by a loud and jovial group of travelling supporters, who regardless of the result, were proud of their team and intent on cheering them on for the whole 90 minutes.

The first goal was always going to be crucial in a game like this, and Argyle got the opener after just 8 minutes. Zoe Cunningham burst beyond the Clapton backline and cut the ball back to Natasha Knapman, who made no mistake in finding the bottom corner to give Argyle the lead.

As to be expected, Argyle were seeing most of the ball and looking to build on their one-goal advantage, and if not for Polly Adams in the Clapton goal, they would have. Adams’ made smart saves to push away strikes from Eaton, Rose and Perrin, but her best stop came in the 23rd minute. Cunningham found space wide on the left, cut inside her marker and unleashed a curling shot that looked certain to hit the back of the net if not for the excellent work of Adams, who palmed the shot onto the bar.

It nearly proved decisive as only moments later, Clapton had their best chance of the game. Maria Mendonca spun her marker on the left-hand side, but her shot from the edge of the box went wide of Poppy Soper’s far post.

Argyle continued to push for more goals and drew more saves from Adams, who kept the score at 1-0 going into half-time.

Knowing that a 2nd goal could kill the game off, Argyle were quick out of the blocks to try and extend their lead, and 7 minutes into the 2nd half, they did. This time Knapman turned provider, and after winning the ball deep in Clapton territory, she cut the ball back to Zoe Cunningham, who fired into the top corner to double Argyle’s lead.

Argyle continued to push for more goals and added a third goal in the 60th minute. Amber Pollock replaced Beth Ireland, and after two years out with injury, she scored just 7 minutes into her return. Argyle put some nice passes together down the right-hand side to get Cunningham free again, who picked out Pollock, who finished clinically into the bottom corner.

Argyle continued to search for more goals, and Pollock nearly got her 2nd goal in the 78th minute, but her curling shot was pushed over the bar by the excellent Adams in the Clapton goal.

But Argyle did get the 4th goal in the 82nd minute. Cunningham involved again; she dribbled past a few Clapton defenders and picked out Eaton at the far post, who laid the ball off to Rose, who smashed the ball into the roof of the net.

Then right on the stroke of full-time, Imy Crawford fired in Argyle’s 5th goal and arguably the best goal of the day. Thirty yards from goal, Crawford caught Adams by surprise with her long-distance shot, which flew over her and into the back of the net.

Then only moments later, the referee blew the whistle for full-time. It was an excellent professional performance from Argyle, but full credit to Clapton and their travelling fans who kept going for the whole 90 minutes and helped create an excellent atmosphere for a great day of FA Cup action.

With the potential of facing a Women’s Super League team in the next round, Argyle will eagerly await the draw to see who they could be facing. But before then, Argyle will travel to MK Dons for a crucial game in the FA Women’s National League. After their good run of performances, the Pilgrims will hope to put some more points on the board before their Christmas break.