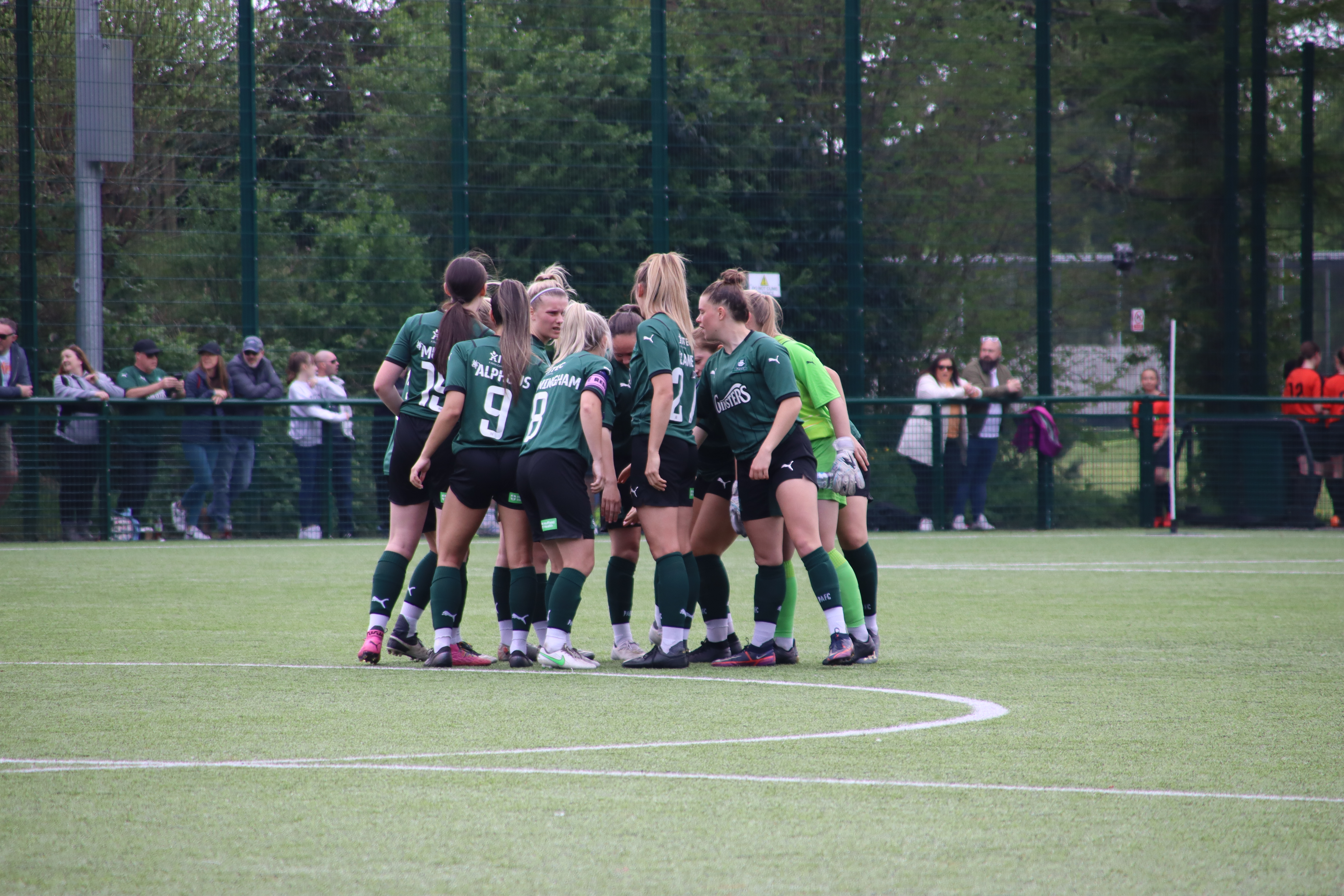 Argyle Women bounced back from last weekend's 6-1 defeat to Southampton with a five-goal win of their own after they hammered basement side Hounslow 5-0 to move themselves out of the relegation zone.

Argyle were boosted by the return of top goal scorer Natasha Knapman to the starting line-up against Hounslow, while manager Ryan Perks opted to start Gabi Alphous on the left-wing after she impressed as a substitute away to Southampton last weekend.

It proved to be an inspired decision as, after just five minutes, it was Alphous who opened the scoring. A superb ball from the back got the pacy Alphous clean through on goal, and she fired the ball beyond O'Hare in the Hounslow goal.

The Greens had made an impressive start and went in search of more goals when Knapman narrowly fired over O'Hare's crossbar after Ireland found her at the edge of the box.

Argyle did double their lead only a minute later through some fortuitous circumstances. Zoe Cunningham fired a 40-yard free-kick towards the Hounslow goal, the shot was straight at O'Hare, but the Hounslow keeper could only fumble the ball into the back of her own net to double The Pilgrims' lead.

It was a well-deserved reward for Argyle's quick start to the match, and they went in search of more goals, with Ireland, Knapman and Alphous all being denied by O'Hare.

The Greens did get a third goal in the 29th minute. Alphous turned provider this time as she was played into space on the left-hand side. She picked her head up and whipped a brilliant cross into Knapman, who headed home her 15th goal of the season.

Argyle continued to dominate the ball as, despite plenty of endeavour, their London based opposition struggled to create many chances against The Pilgrims' stubborn defence.

This was compounded in the 41st minute when Argyle added a fourth goal. After winning the ball back, Argyle moved the ball from back to front, which culminated in Alphous being played through on goal again.

She showed great strength to hold off a covering Hounslow defender before firing into the bottom left corner for her second goal of the afternoon just before half-time.

Ryan Perks made a double substitution at the break with Jemma Rose and Amber Pollock replacing Imy Crawford and Beth Ireland in the Argyle line-up for the second half.

Argyle started the second half in a similar fashion to the first and added a fifth goal only a minute into the restart. Lane picked up the ball on the edge of the box and fired into the back of the net beyond the outstretched O'Hare.

Argyle nearly had a sixth in the 50th minute after Alphous cut the ball back to Pollock, but her snapshot from inside the penalty area went narrowly wide of the far post.

The confidence was flowing through the Argyle side, which was epitomized by Natasha Knapman's goal of the season attempt in the 53rd minute. A long ball dropped to Knapman 30 yards from goal, and she showed brilliant technique to volley the ball towards the Hounslow goal with it taking a superb fingertip save from O'Hare to touch the ball onto the bar to deny the forward.

Not content with five goals and acutely aware that goal difference could prove vital come the end of the season, The Pilgrims went in search of a sixth goal.

They nearly had it in the 60th minute after a goalmouth scramble somehow saw O'Hare emerge with the ball despite several Argyle players throwing themselves at the ball to try and touch it over the line.

Argyle were managing the game well and saw Lane and Rose both threaten the Hounslow goal from range with their shots narrowly going wide of O'Hare's goal.

Then as the final 10 minutes approached The Pilgrims saw a flurry of chances go amiss. First substitute Ellen Thomas worked the ball to Alphous inside the box, but she couldn't get a solid connection with her shot, and O'Hare pounced on the loose ball.

Gabi Alphous continued to search for her hattrick and fired wide again in the 81st minute before drawing a superb save from O'Hare in the 86th minute, who had to be at full stretch to palm away Alphous' snapshot after Pollock laid the ball off to her.

Despite the Argyle pressure, they were unable to add a sixth goal against their already-relegated opposition, but they did see out the remainder of the game well to give goalkeeper Jasmine Read her first clean sheet for the club.

It was a fantastic result for The Pilgrims that saw them escape the relegation zone and moved them above both Cardiff City and MK Dons following Cardiff's 2-1 defeat against Gillingham.

With Cardiff having to play league leaders Southampton for their final game of the season, it means that Argyle should almost certainly avoid the drop this season. The Pilgrims could mathematically seal their safety in their penultimate game of the season this Thursday night when they host Bridgwater United at Kimberley Stadium.