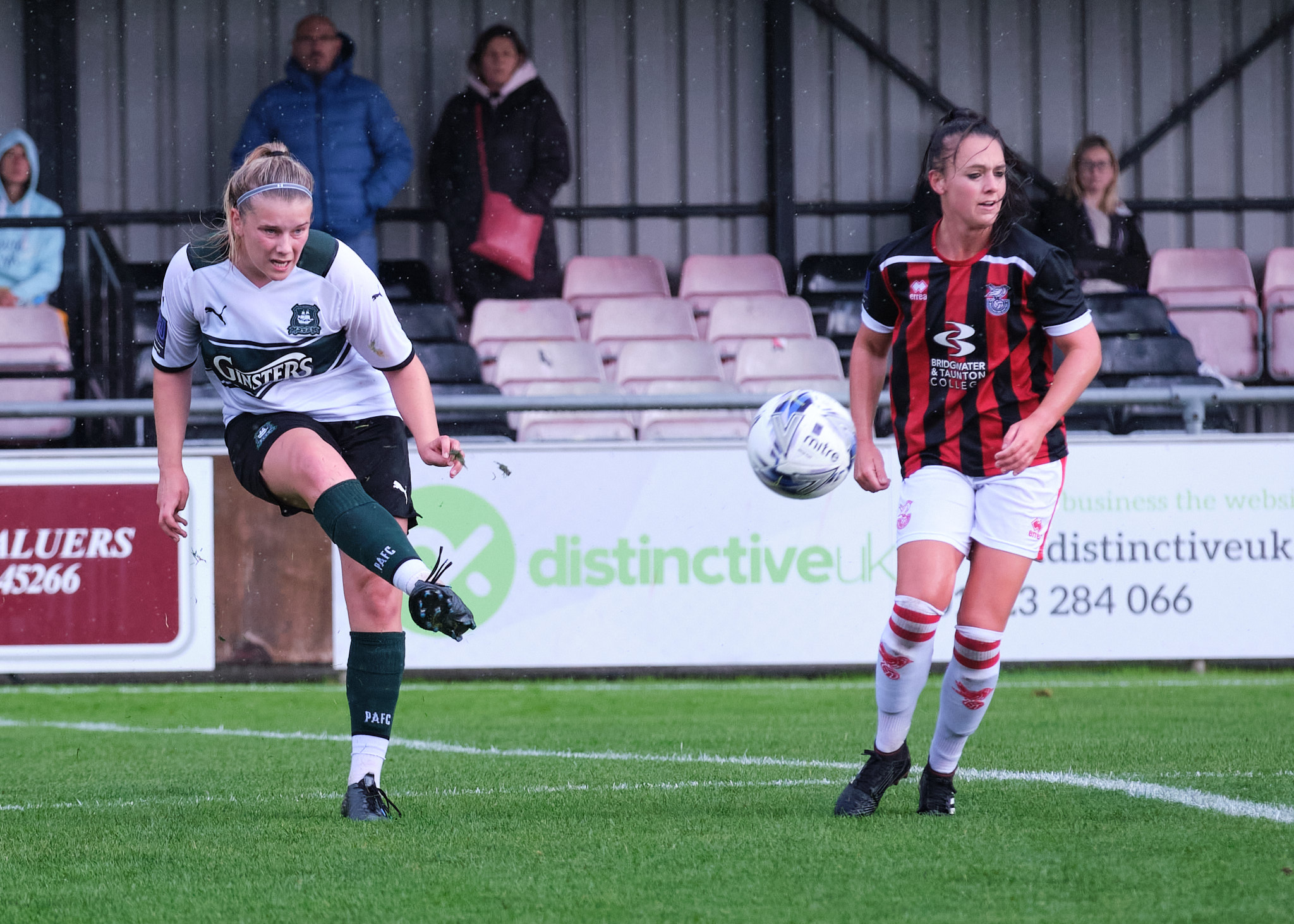 Argyle fell to a frustrating 3-0 defeat against Bridgwater United after two late goals took the game away from them.

Bridgwater started the game strongly and took the lead after just 10 minutes when a ball in behind found Alice Griffiths, who clinically fired the ball into the bottom corner. After going behind, Argyle started to grow into the game and bossed the rest of the first half. Cunningham and Knapman looked the most likely to create something, and in the 25th minute, they nearly did. Knapman spun her marker on the halfway line and advanced towards the goal before playing a one-two with Cunningham. Unfortunately for Argyle, Knapman’s final shot went wide of the far post.

Argyle dominated most of the ball but couldn’t find the clear-cut chance to get themselves level and went into halftime 1-0 down.

The second half continued much as the first had, with Argyle seeing more of the ball but unable to find the killer ball against a stubborn Bridgwater defence. Their best chance came in the 80th minute. Argyle played the ball out from the back and through the midfield with Cunningham playing Knapman in behind, but on a wet bobbly pitch, the ball wouldn’t settle for Knapman to get the shot off. And after being pushed wide, Knapman’s eventual cross was well claimed by Howard in the Bridgwater goal.

Then with Argyle chasing the game late on, Bridgwater hit them on the counter-attack. A loose ball was picked up in midfield and played into Griffiths, who placed the ball into the far corner for her 2nd goal of the game. Then, two minutes later, a Bridgwater corner fell to Gilroy at the far post, who slammed the ball in from close range.

Late on, Jemma Rose had a close-range freekick blocked behind by Bridgwater, but it wasn’t to be for Argyle, who, despite a positive performance, had nothing to show for their efforts.