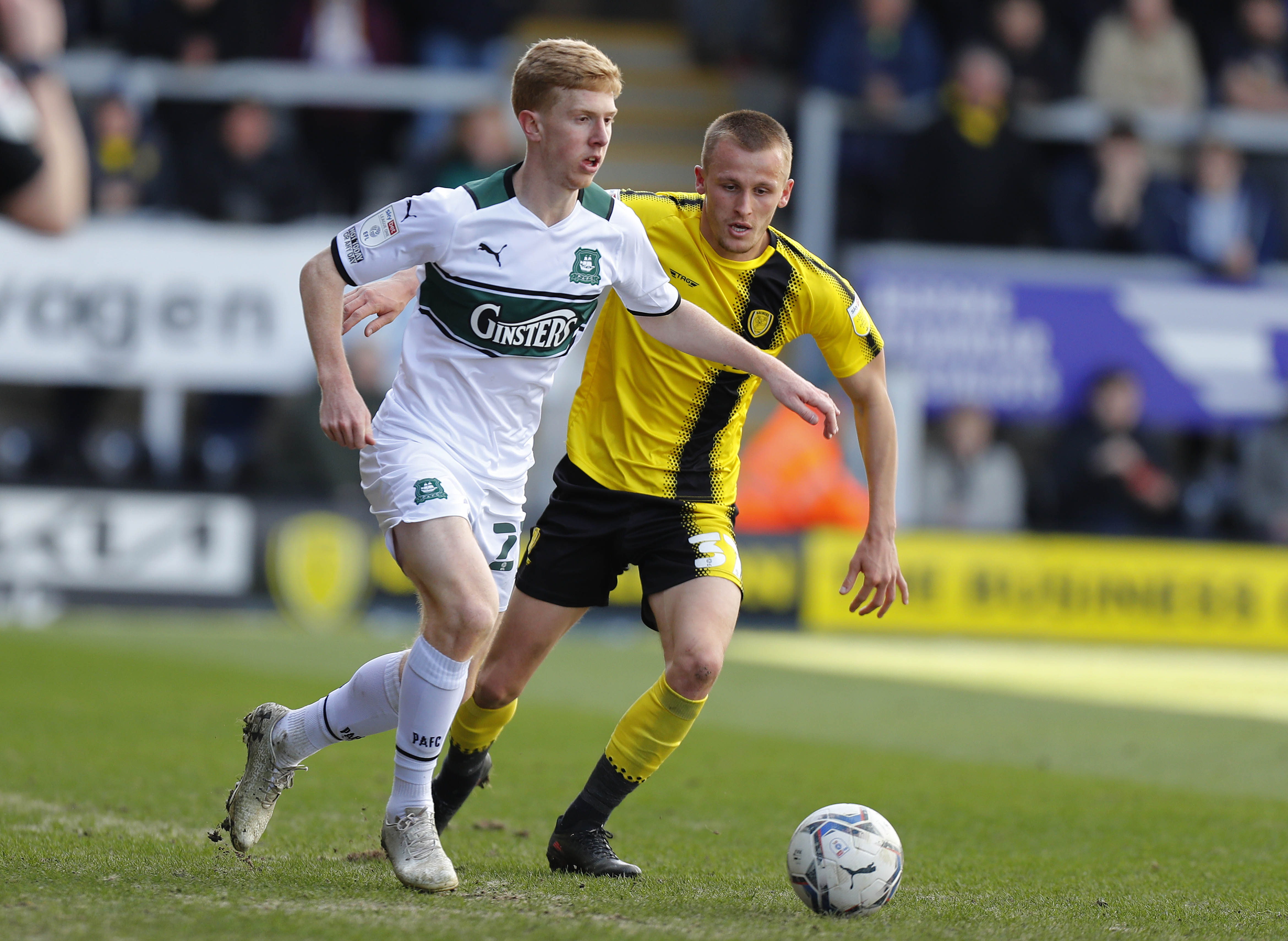 It has taken 42 games for Argyle to be involved in a goalless draw in Sky Bet League One and this was an encounter that saw the biggest moment arrive inside the opening 90 seconds.

When a downward header from skipper Joe Edwards was deemed to have been cleared before crossing the line, both sides settled in for an afternoon of faultless endeavour but little in the way of attacking penetration.

Argyle boss Steven Schumacher named an unchanged side from the weekend win over Oxford United, but there was a return to the bench for fit-again duo Conor Grant and Steven Sessegnon.

The Brewers lost 3-0 at Morecambe last weekend and an early foul from the hosts gave Jordan Houghton the chance to clip a cross to the far post for Edwards to nod past leaping goalkeeper Matej Koval.

The Greens immediately felt it was over the line, despite Burton skipper John Brayford hooking the ball clear from under the bar. The officials, particularly the assistant referee, ignored the vociferous claims for a first-minute Argyle goal.

Any feeling of injustice in Pilgrim ranks was quickly forgotten with Danny Mayor and Ryan Law combining cleverly down the left wing, and separate crosses from both men were cleared under stress by the hosts.

A quick free-kick from Houghton released Jordon Garrick in the channel on 18 minutes and his low cross was half-cleared to James Wilson, who rifled a first-team effort inches over the bar.

At the other end, Wilson and his defensive partners, Dan Scarr and Macaulay Gillesphey, were doing a fine job in protecting Mike Cooper’s goal. Burton’s main threat in the opening half-hour came from the long throws of Tom Hamer but it was little trouble for Scarr and co.

When the home side did find room for a shot, Cameron Borthwick-Jackson lashed wide from the edge of the box. Excellent tracking back from Houghton then thwarted a dangerous break down the right by Hamer.

The first period drifted to a quiet conclusion, with the main talking point coming from Edwards’ header in the opening minute, although another clever cross from Law very nearly found Panutche Camara at the far post in the closing seconds.

The sun came out for the second half but the game remained scrappy, particularly in one stodgy shaded area of the pitch. Burton did find a way through the sticky surface with a lovely one-two down the left and Joe Powell was just about to pull the trigger when Gillesphey came across for a superb covering challenge.

Harry Chapman was next to find space on the left, cutting in for a delightful curling effort and Cooper just about got fingertips on the ball, which immediately ricocheted off the onrushing Hamer and looped to safety.

It was another great save for the Cooper scrapbook, as Argyle introduced Grant for Law on the hour. Lovely play from Niall Ennis created room for a threaded pass to Garrick but his lay-off for Edwards just missed the intended target. The Greens did loose off a shot moments later, a Gillesphey free-kick curled narrowly over.

A low shot from Powell was comfortably held by Cooper before the Greens removed Garrick for Luke Jephcott and the new man immediately released Edwards with a delightful pass into the channel. The skipper returned the ball back inside and Jephcott’s first-time effort grazed the outside of the far post.

A sweeping move down the right from Argyle, with Houghton the initial catalyst, cut through the Burton defence but, in a sequence that typified the match, Edwards’ low cross somehow just eluded the Pilgrim forward runners.

Ryan Broom for Ennis was the final Pilgrim change and he did find a stooping header on target in the final minute, but Koval plucked the ball before it could reach the corner. The Greens move on to another massive game at Wycombe on Good Friday.