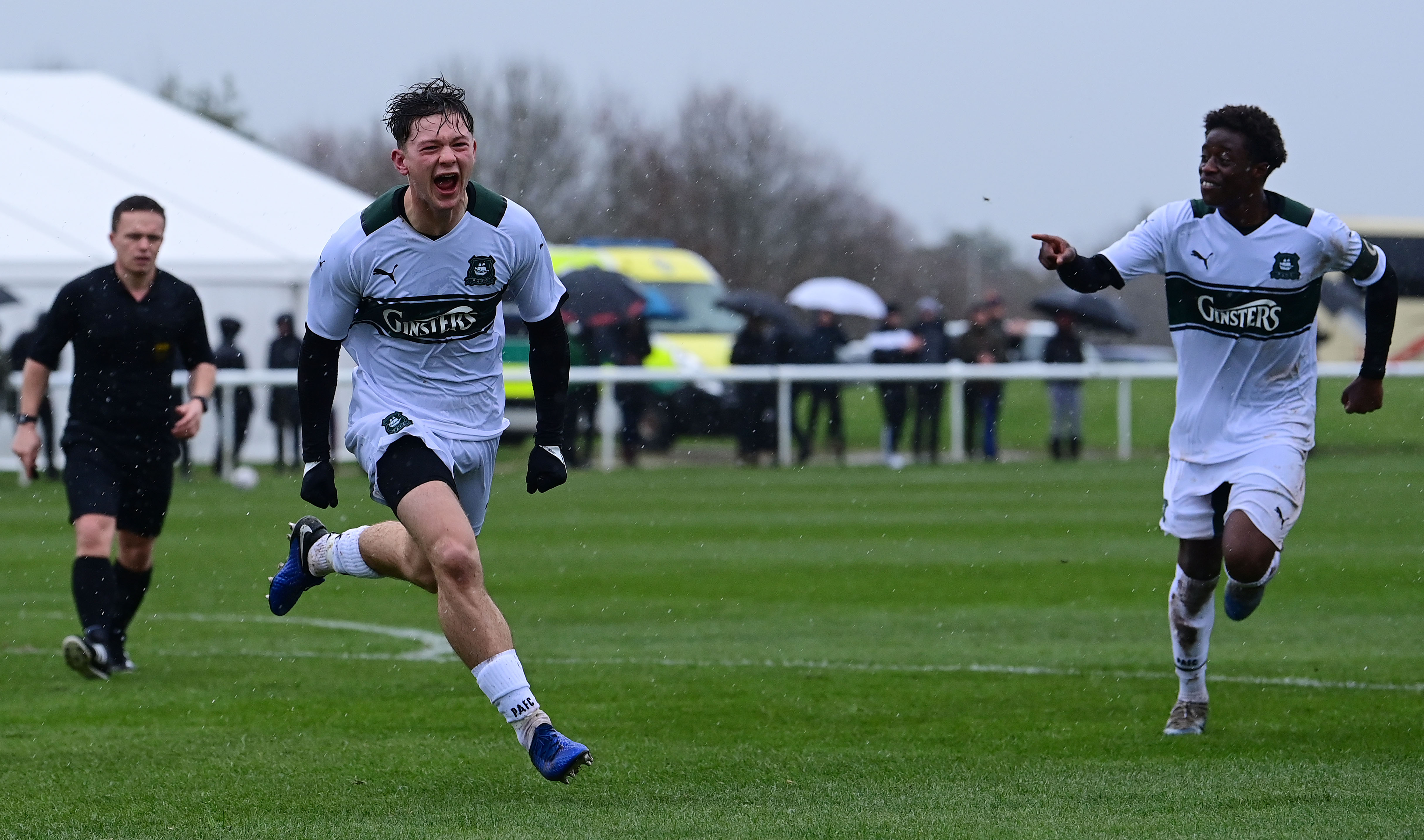 Argyle Academy got off to the perfect start in their EFL Merit League opener with a 1-0 win at Cambridge United.

A late Oscar Massey goal proved to be the difference in a tight game and gave Darren Way’s side the points, to make the long journey home all the better.

Argyle's youngsters had Will Jenkins-Davies and Caleb Roberts absent for the game at the Clare College Sports ground but it was a strong start from the Pilgrims.

Despite tough conditions Argyle tried to impose themselves on the game.

Freddie Issaka chased a good ball down the right flank but the home goalkeeper just beat the striker to the ball to clear the danger.

The visitors kept coming and were awarded with a free kick in midfield.

Angel Waruih swung the ball to the far post where Jamal Salawu's shot, from a very tight angle, flew into the side-netting.

Cambridge came back into the game and enjoyed a good spell of possession midway through the half, but the Argyle defence was well organised and 'keeper Lewis Moyle was not called into any real action.

Both sides were struggling to control the game on the rain soaked surface and hence the first real chance did not arrive until the hour mark.

Salawu's persistence caused problems at the back for the U’s and the panic at the back almost lead to an opener for the Greens. They stood firm and managed to clear it away.

Cambridge quickly retaliated and had the ball in the back of Lewis Moyle's net, but the effort was ruled out for offside.

Minutes later Oscar Massey suffered the same fate when he received the ball at the back post. You felt the goal was coming.

Wing back Oscar Rutherford tried his luck from out wide and was unlucky to see his effort fly narrowly wide of the far post as Argyle piled on the pressure.

Argyle finally made the breakthrough in the 88th minute when Massey controlled the ball in the box, and although he still had lots to do, he superbly evaded his marker to calmly slot the ball home.

Argyle still had four minutes of added time to negotiate but the achieved their goal comfortably which will make the five hour trip back to Plymouth a more pleasurable one.