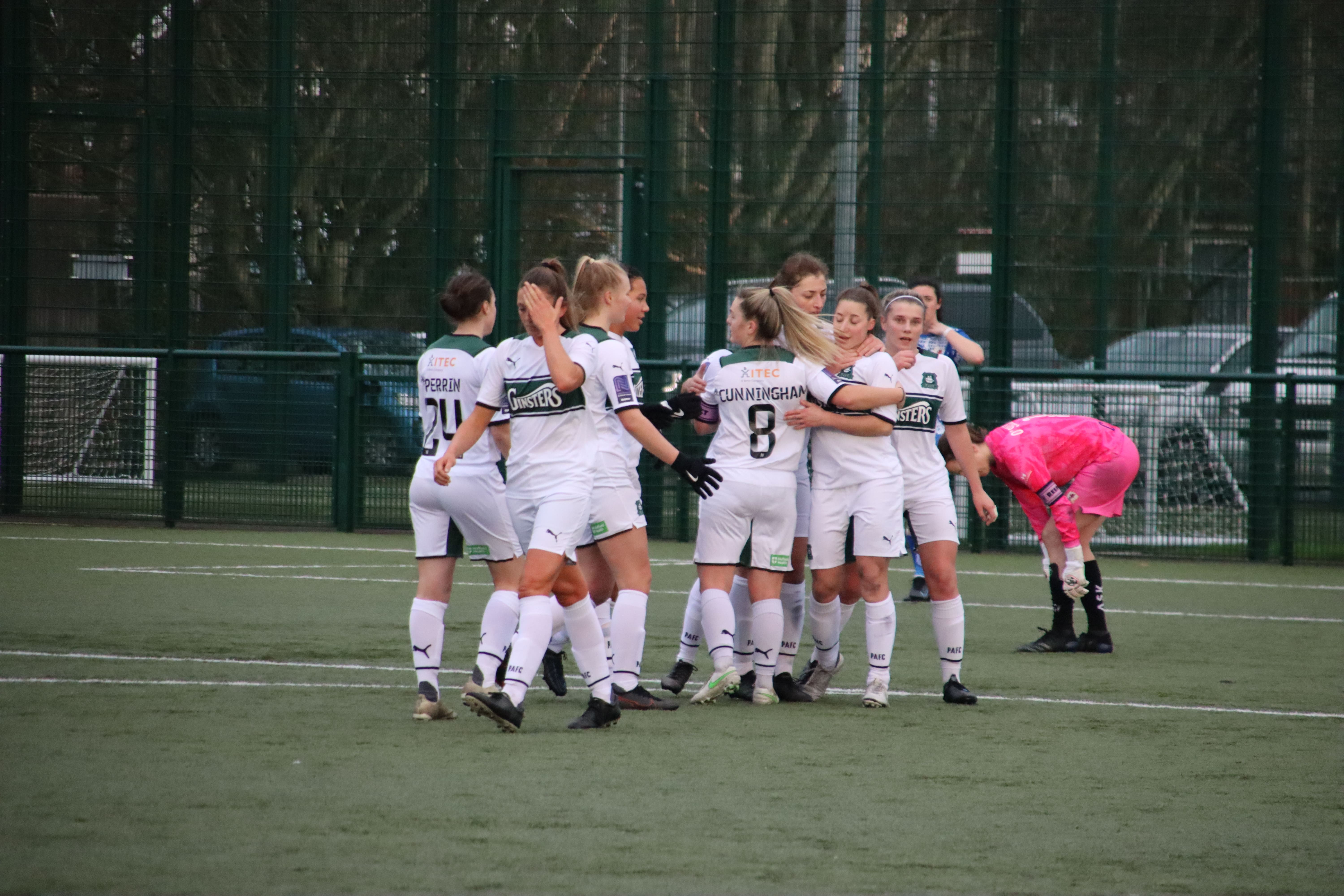 Plymouth Argyle Women had the perfect start to 2022 after hammering Cardiff 5-1 in their first game since the winter break. Despite having several players missing through Covid, Argyle put in an excellent performance to get back to winning ways in Wales. Argyle gave a debut to 16-year-old Mari Ward to make her the latest young player to break into the Argyle first team.

It was an electric start from the Pilgrims, who could have been 2-0 up after just a minute. Cunningham and debutant Mari Ward both set up Gabi Alphous early on, but her early chances were narrowly wide of O’Sullivan’s near post.

Alphous wouldn’t be stopped, however, and in the 13th minute, she gave Argyle a well-deserved lead. Sophie Perrin played the ball in behind the City defence, and Gabi ran through and finished well beyond O’Sullivan.

Despite dominating the early period of the game, Cardiff nearly struck back in the 15th minute, but a superb save from Soper palmed a long-range strike onto the post to preserve Argyle’s lead.

Argyle continued to push for a 2nd goal, and debutant Mari Ward showed why Manager Ryan Perks was so keen to involve her in the first team after she twice went close to scoring after cutting inside the Cardiff defence.

Argyle did add a 2nd goal in the 23rd minute after Gabi Alphous was fouled on the edge of the box. Captain Zoe Cunningham stood up and fired the ball towards goal; it took a slight deflection but still found the bottom corner to double Argyle’s lead.

Argyle pushed for more goals with Cunningham, Ward, Alphous and Pollock all going close to the third goal for Argyle, and if not for the form of O’Sullivan in the Cardiff goal, they would have extended the lead further.

In the 42nd minute, they did find the deserved 3rd goal after Pollock was played through on goal and fired the ball in off the inside of the post. It was a brilliant first-half performance from Argyle, who played some excellent football and got the goals to reward their performance.

Argyle started the 2nd half as they did the first and pushed for more goals. They added the 4th in the 54th minute. Perrin won the ball back and played it into midfield as Argyle worked the ball through to Alphous, who finished perfectly past O’Sullivan for her 2nd and Argyle’s 4th goal.

Cardiff did get a goal back in the 60th minute after winning a free-kick on the edge of the box; Kelly Isaac stepped up and placed a brilliant strike into the bottom corner.

It threatened to cause a nervy last 30 minutes, but the players showed great character to respond and retake hold of the game. Substitute Eaton twice went close before finally getting a deserved goal in the 81st minute. After being played through on goal, she took the chance early and knocked the ball beyond O’Sullivan and into the back of the net.

Argyle saw out the rest of the game in a comfortable fashion giving them the perfect start to 2022 and the chance to build up some momentum going into three home games in a row, starting against Portsmouth on the 16th of January.