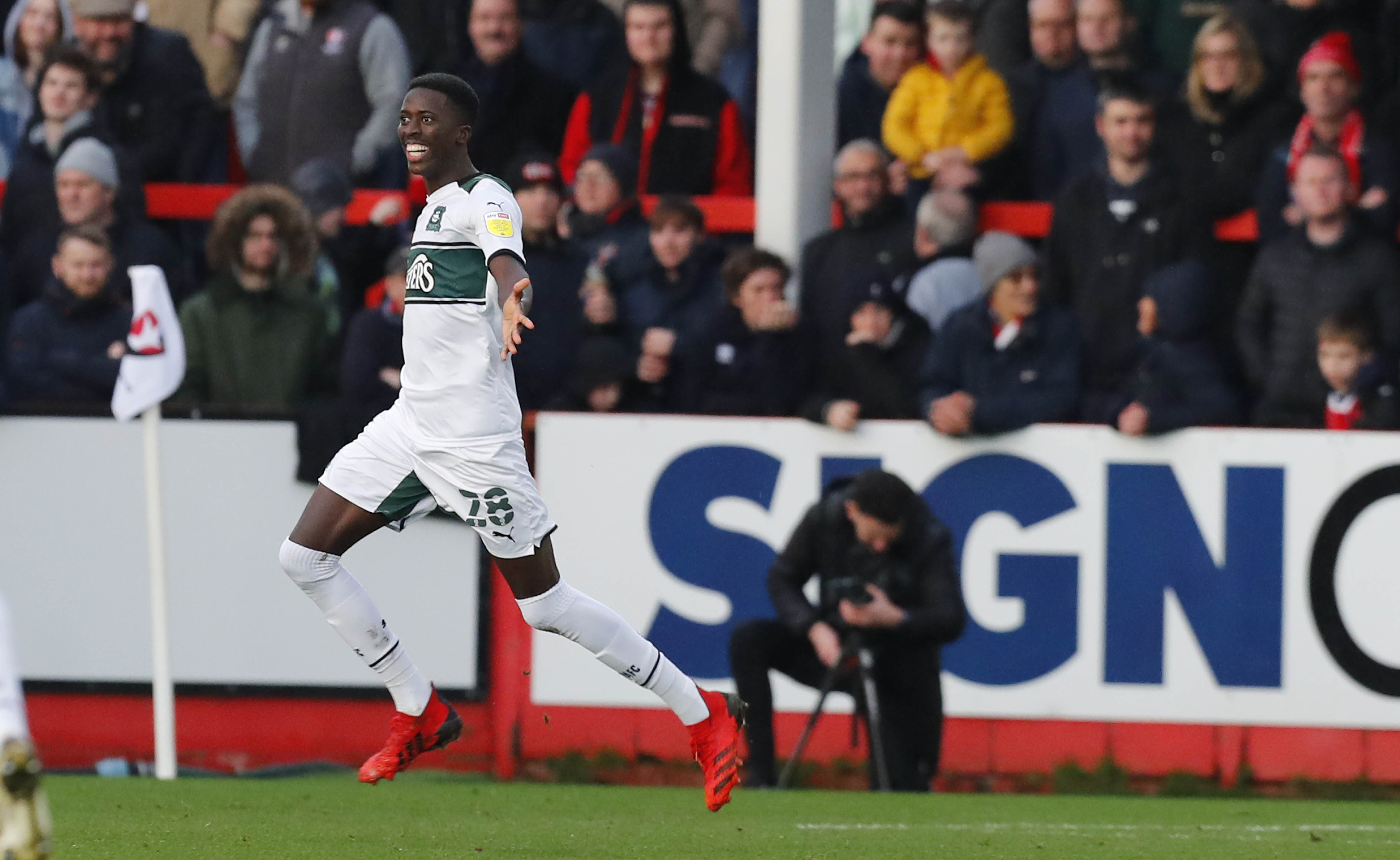 A tight first period came to life on 42 minutes, when Panutche Camara applied the finishing touch to a potential goal of the season contender after a superb team move from the Greens.

The decisive second scored by Jordon Garrick on 75 minutes also stemmed from ultra-slick approach work and a polished performance to accompany those turkey sandwiches.

Argyle manager Steven Schumacher made just one change from the pre-Christmas win over Charlton, Conor Grant returning from injury to replace Ryan Hardie, with Garrick moving forward to partner Kieran Agard, with Hardie dropping to a bench that included James Bolton for the first time this season.

Cheltenham came into the game on a run of five games without victory and Argyle skipper Joe Edwards possibly demonstrated the differing confidence levels between the two teams, sweeping an ambitious effort wide from 25 yards in the opening minutes.

Gillesphey then displayed his attacking quality, curling a beautiful cross to the far post for Edwards to meet with a stabbed half-volley that had enough juice to beat goalkeeper Owen Evans but not the retreating Chris Hussey, who cleared off the line.

The Greens were beginning to enjoy the festive atmosphere, Danny Mayor jinking inside for an audacious strike from 30 yards that only just crept wide, with his midfield comrades Camara and Jordan Houghton taking control of the engine room.

When there was a momentary lapse in the Pilgrim passing, Scarr read the intentions of May superbly to block his shot. Lewis Freestone replicated the trick for Cheltenham, charging down an effort from Camara.

There was no stopping Camara moments later, as he finished off a sensational Pilgrim move three minutes before half-time. The build-up began in Argyle’s penalty area and a series of quick, accurate passes culminated in a low cross from Edwards steered beyond Evans by Camara.

A 30-yarder in the top corner is always great to watch but when it comes to a wonderful team goal, this was right out of the top drawer.

The second period opened with more excellent industry in midfield from Camara and fine covering from James Wilson thwarting a deep run by May, seeking out a long diagonal pass. Grant then came across to block a shot from Williams.

The Robins made a couple of changes in an attempt to build momentum, Kyle Vassell and Kyle Joseph replacing Williams and Elliot Bonds. A fine run from Matty Blair continued that theme but his final shot from 20 yards was expertly saved by Mike Cooper, diving low to his left.

Niall Ennis replaced Agard midway through the second half, with new first-team coach Keith Downing offering some guidance to the young striker in a brief spell that had become a tough grind for Argyle’s attacking unit.

Garrick did find some joy on the right and his fizzing low cross was intercepted at the near post by Sean Long but Argyle soon doubled their lead with another stunning goal.

Wilson started the move with a super tackle and pass down the line for Ennis, who cut inside with incredible sharpness to feed Camara. The ball was shifted into the path of Garrick in the left channel and he calmly slotted a terrific low finish back past Evans.

Ryan Broom replaced Mayor as the celebrations subsided for 15 minutes of consolidation for the Greens, although Ennis was looking for more goals, forcing a good save from Evans after yet more midfield diligence by Camara.

A weary Garrick was withdrawn for Luke Jephcott in the closing minutes of a fine festive treat for Argyle, who now move on to the visit of Portsmouth on Wednesday evening.