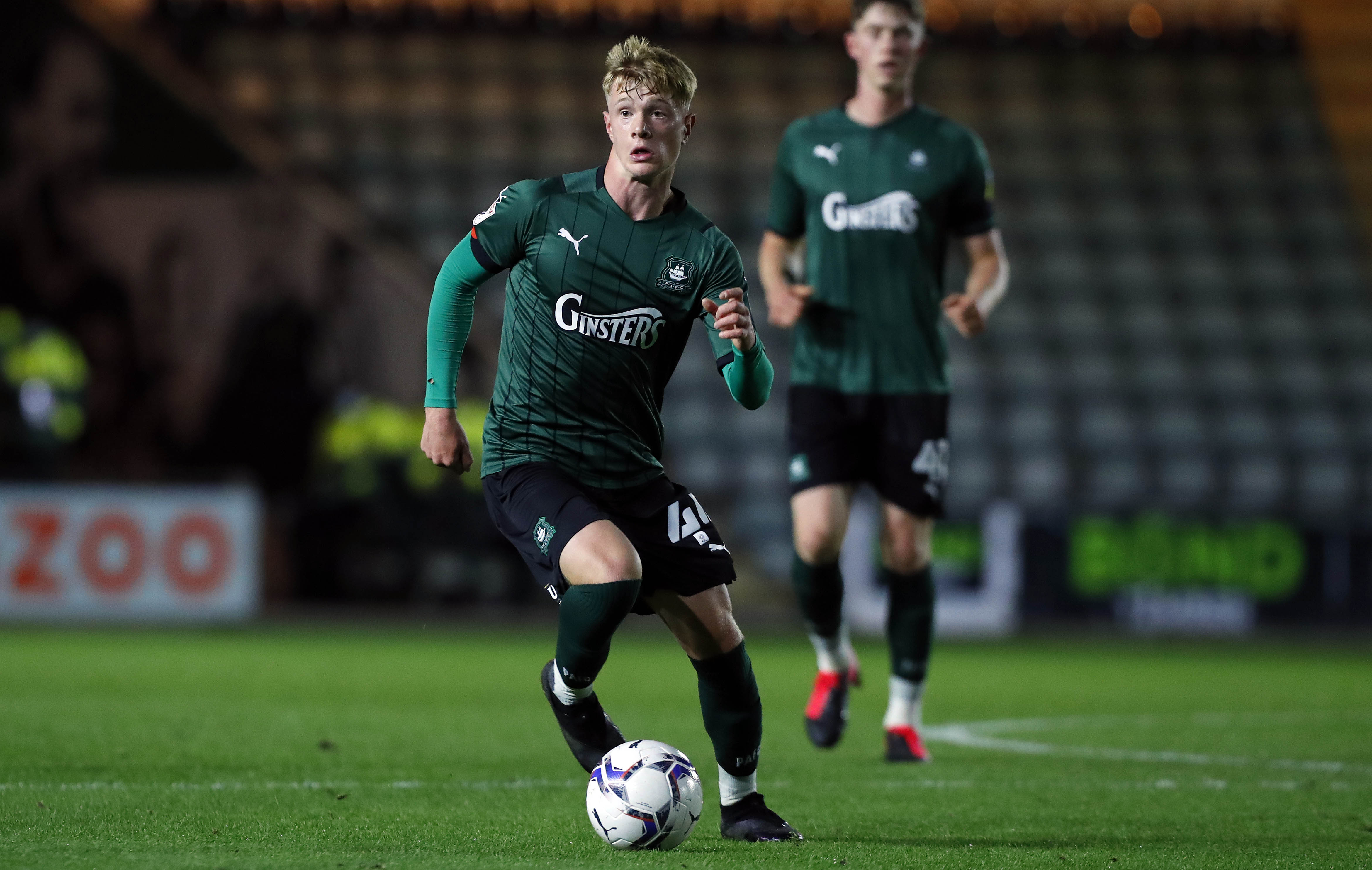 Will Jenkins-Davies thumping strike took the Greens two points ahead of the Grecians and placed last weekend's rare defeat at Portsmouth firmly behind them.

The home side started strongly but Argyle were to take the initiative as the half wore on with two chances coming in a minute.

The 29th minute saw Welsh youth international Jenkins-Davies make ground down the right flank before sending over a great ball that was begging for the final touch that did not arrive.

In the next attack it was another Welsh youth starlet, Freddie Issaka, who provided another fine cross that just failed to find the outstretched boot of Rhys Shirley.

Exeter hit back and a ball over the top sent a striker clear, but Zak Baker stood firm before making a fine save low to his left to ensure that the sides went in level at the interval.

Baker was called into action after just three minutes of the second half as a long range effort takes a deflection but the Argyle stopper adjusted well to push the ball wide of his goal.

Once again Argyle took a grip on proceedings and were rewarded with the lead, on the hour.

The impressive Jenkins-Davies picked the ball up on the edge of the Grecians' box to rifle it into the bottom left hand corner.

Argyle almost added a second, 10 minutes from time, when youngster Caleb Roberts went around the 'keeper, but a last ditch tackle denied him a shot on goal.

Academy manager Darren Way was obviously delighted with the result, which was achieved with a lot of work on the training ground in the last week.

"We asked the lads to show bounce-back ability and the result certainly reflects that.

"We've worked on a 'no goal' mentality in training and it was pleasing for the lads to reap the reward of a clean sheet.

"I'm sure, that as a group of players, that result will fill them with a huge amount of confidence," he concluded.