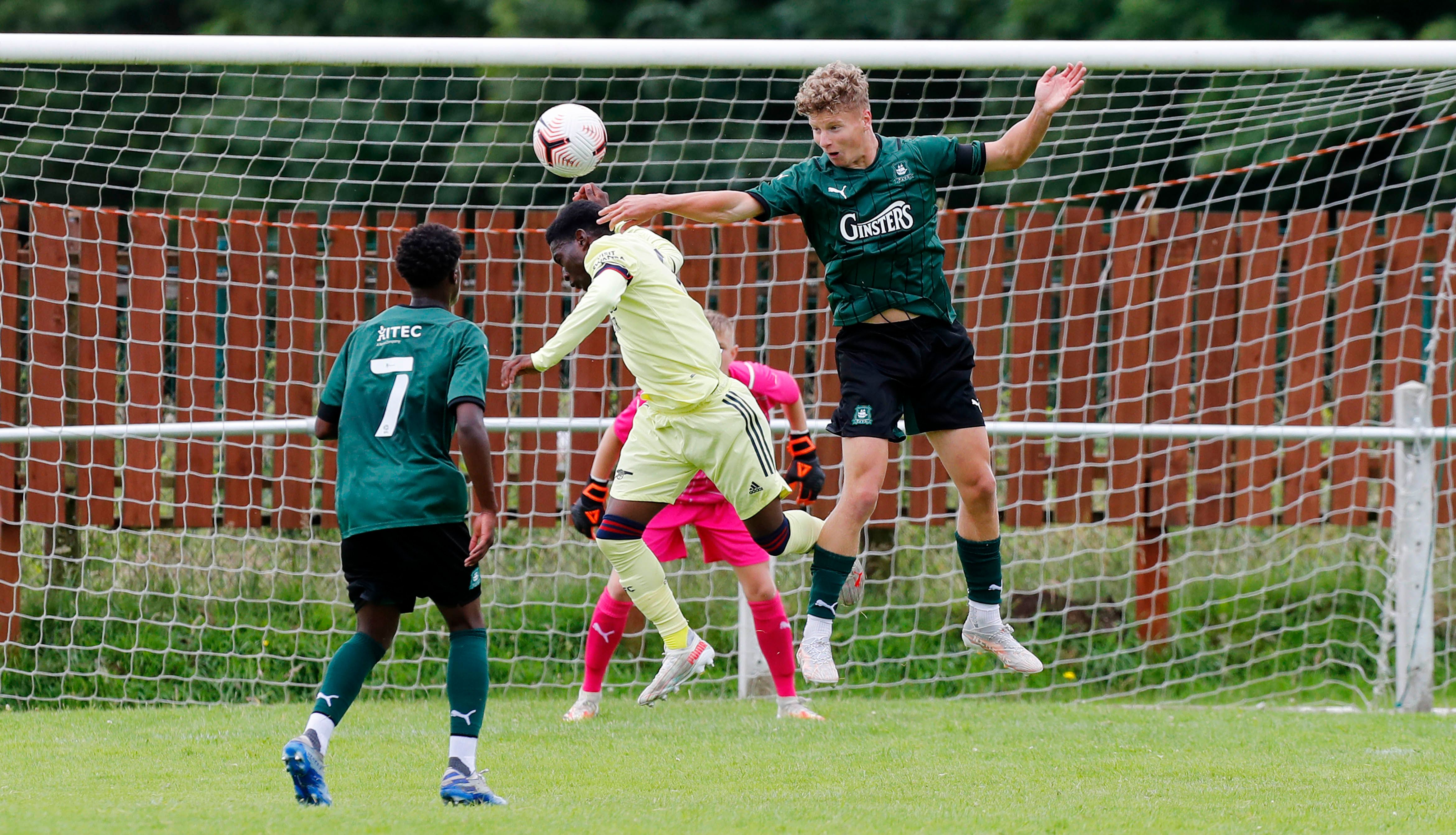 Argyle's interest in the EFL Youth Alliance Cup ended in the cruellest of fashions as they lost their second round tie in Exeter 9-8 on penalties after the two sides were level 2-2  after 90 minutes.

The young Pilgrims took a 17th minute lead when a left wing corner found Jeffery Forkuo who scored with a glancing header that flew in via the far post.

The Grecians were level on 23 minutes but it was Argyle who had the majority of the chances to have regained their lead before the interval.

Instead they found themselves 2-1 down in the opening minutes of the second half and their task was made even harder after Oscar Halls collected a second yellow to leave Argyle to see out the final 18 minutes with 10 men.

Heads did not drop and the youngsters were deservedly level on 80 minutes courtesy of a goal from Jamal Salawu and penalties were assured as the Greens hit the home cross bar in the dying minutes.

The dreaded penalties were a long affair, with 20 spot-kicks before a winner emerged, but unfortunately for Argyle they missed twice to the Grecians once and it was City who ran out 9-8 winners.