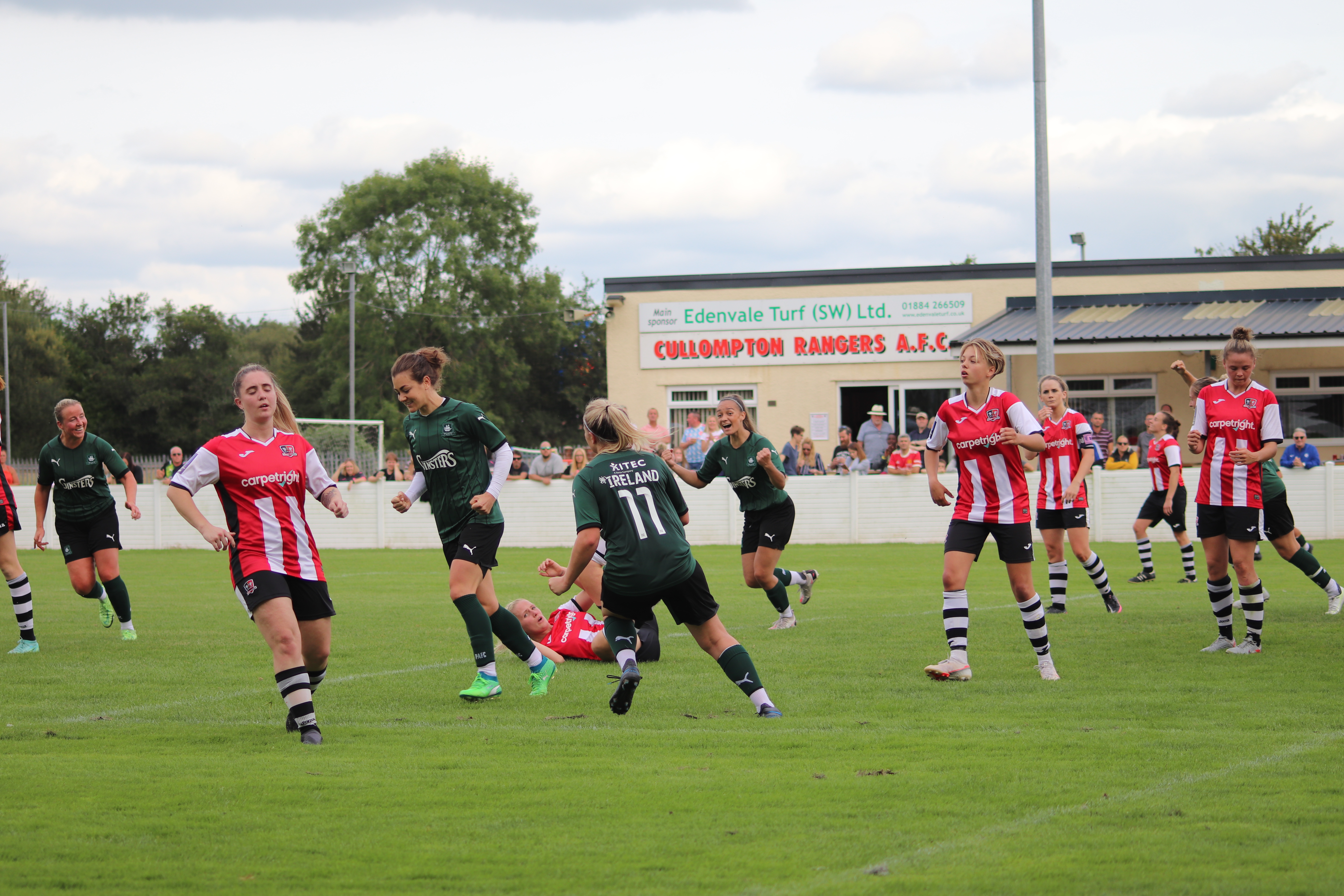 Argyle started brightly and nearly opened the scoring as early as the third minute. As Cross was played in behind by Knapman, her shot beat Lighfoot in the Exeter goal, but Seaman was there to clear the strike off of the line. Argyle created more chances with Knapman, particularly troubling the Exeter defence with her runs in behind. She nearly set up Alphous for the opening goal only for an offside flag to cut short the Argyle celebrations.

Alphous would, however, open the scoring in the 15th minute. After a corner was played into the Exeter box and not cleared, Alphous was the quickest to react, and her snapshot flew past Lightfoot to give Argyle the lead and Alphous her third goal of the season.

Argyle should have had their second in the 28th minute after Knapman unleashed a thunderous strike from the edge of the box. Unfortunately, Lightfoot was equal to it and did very well to palm the strike over the bar. Exeter did threaten the Argyle defence with some long balls in behind. Still, on the rare occasion they got past Argyle’s terrific back four, goalkeeper Poppy Soper comfortably dealt with any efforts on the Argyle goal.

While unfortunate to only take a one-goal lead into the second half, Argyle put in an excellent second-half performance to control the game. After a comfortable start to the second half, Argyle would double their lead in the 68th minute. Dandy won a free-kick after being hauled down as she spun past her maker. She picked herself up and clipped a beautiful ball to the far post where the awaiting Jemma Rose – rose highest to head home for her first goal since returning to Argyle.

From that point, Argyle were very comfortable, and Exeter barely threatened the Argyle goal. Indeed, Argyle could have extended their lead with Dandy, Knapman and debutant Ellen Thomas, all going to close to the third goal for Argyle.

Overall it was a very comfortable win for Argyle, who showed exactly why they’re a league above their Devon rivals.