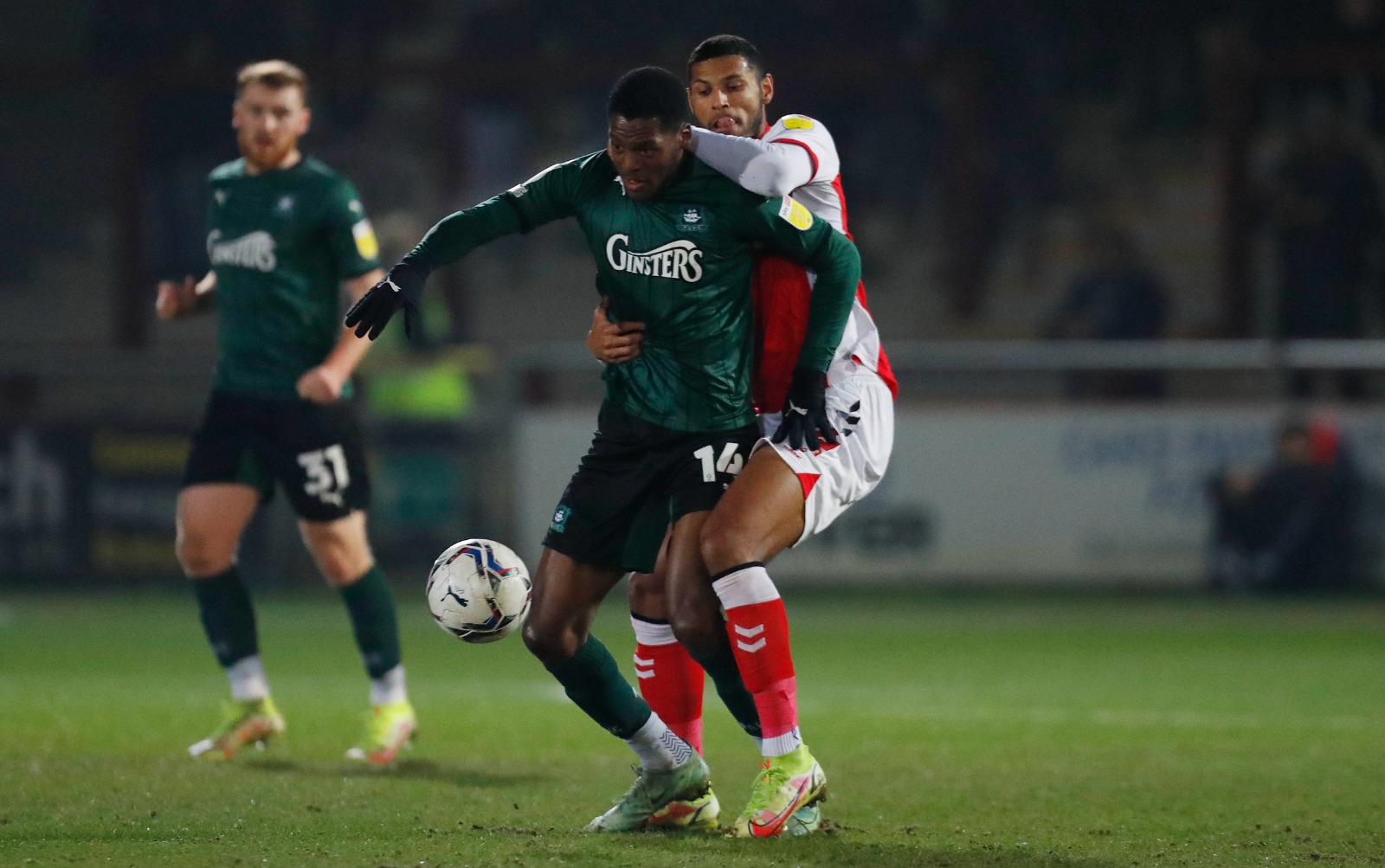 On a cold January night in Fleetwood, Argyle were left wondering how three hard-earned points turned into an infuriating draw.

Luke Jephcott opened the scoring with a sharp finish on 20 minutes but Fleetwood quickly levelled with a peach from Paddy Lane.

A Joe Edwards header early in the second half and a low strike from substitute Niall Ennis looked to have sealed the points, but Ellis Harrison rose to head home in the final minute.

Fleetwood then snatched an unlikely injury-time point when substitute Anthony Pilkington bundled the ball over the line from a corner.

After successive 1-0 victories, Fleetwood went down to a 2-0 loss at Charlton on the weekend and they started the game with some early probing on a sticky surface, Edwards and Gillesphey taking turns in some responsible covering at the back.

The first shot on target came from the left boot of Lane from the right edge of the area, comfortably held by Mike Cooper. Argyle steadied matters with some excellent work from Adam Randell in the midfield anchor role before a terrific Danny Andrew free-kick was palmed wide by an even better save from Cooper.

The Pilgrims responded with a fine opening goal and Garrick was the catalyst, darting into the left channel and his cutback was perfect for the run of Jephcott to plant a super finish into the roof of the net.

Unfortunately, the lead only lasted four minutes, but fair play to Lane for a fantastic strike, cutting inside on his left foot to lash a 22-yard stunner into the top corner.

Ryan Broom introduced himself to home ‘keeper Alex Cairns with a shot curled safely into his arms, while Cooper had to work a tad harder to smother a low cross flicked goalward by Zak Jules.

Randell was demonstrating his full passing repertoire and, when he did lose possession, it was a superb recovery challenge from the youngster to thwart Ellis Harrison as he was about to pull the trigger.

Cooper again showed safe hands to hold a Lane effort that took an awkward bounce a yard before reaching the Argyle stopper in the final threatening act of the first period.

A clever Pilgrim move greeted the restart and Argyle grabbed the lead with the classic wing-back to wing-back combination. Conor Grant delivered an impeccable cross to the far post and Edwards brilliantly out-jumped his man to nod a downward header into the corner.

Gillesphey was forced off through injury in the aftermath, replaced by Crichlow, and he was soon applauding Cooper for another astute low save to deny Callum Camps’ effort from a tight angle.

A deep free-kick then found the head of Jules for an attempt that flicked the outside of the Pilgrim post before Camps latched on to a ball over the top, only to be thwarted again by the outstanding Cooper narrowing the angle at pace.

Argyle introduced Ennis for Jephcott on 71 minutes to give Fleetwood a different problem at the back, and the new man soon scored the third goal. Garrick slipped a lovely pass into the path of Ennis and he expertly guided the low finish beyond Cairns with wonderful composure.

Alfie Lewis replaced Camara for the closing stages, but a tense finale was set up by Harrison, glancing a header past Cooper after a super cross from Pilkington.

Fleetwood launched the ball forward in search of an equaliser and a corner gave them that chance. Argyle were fuming the referee ignored an infringement on Cooper, as Pilkington forced home a gut-wrenching leveller.