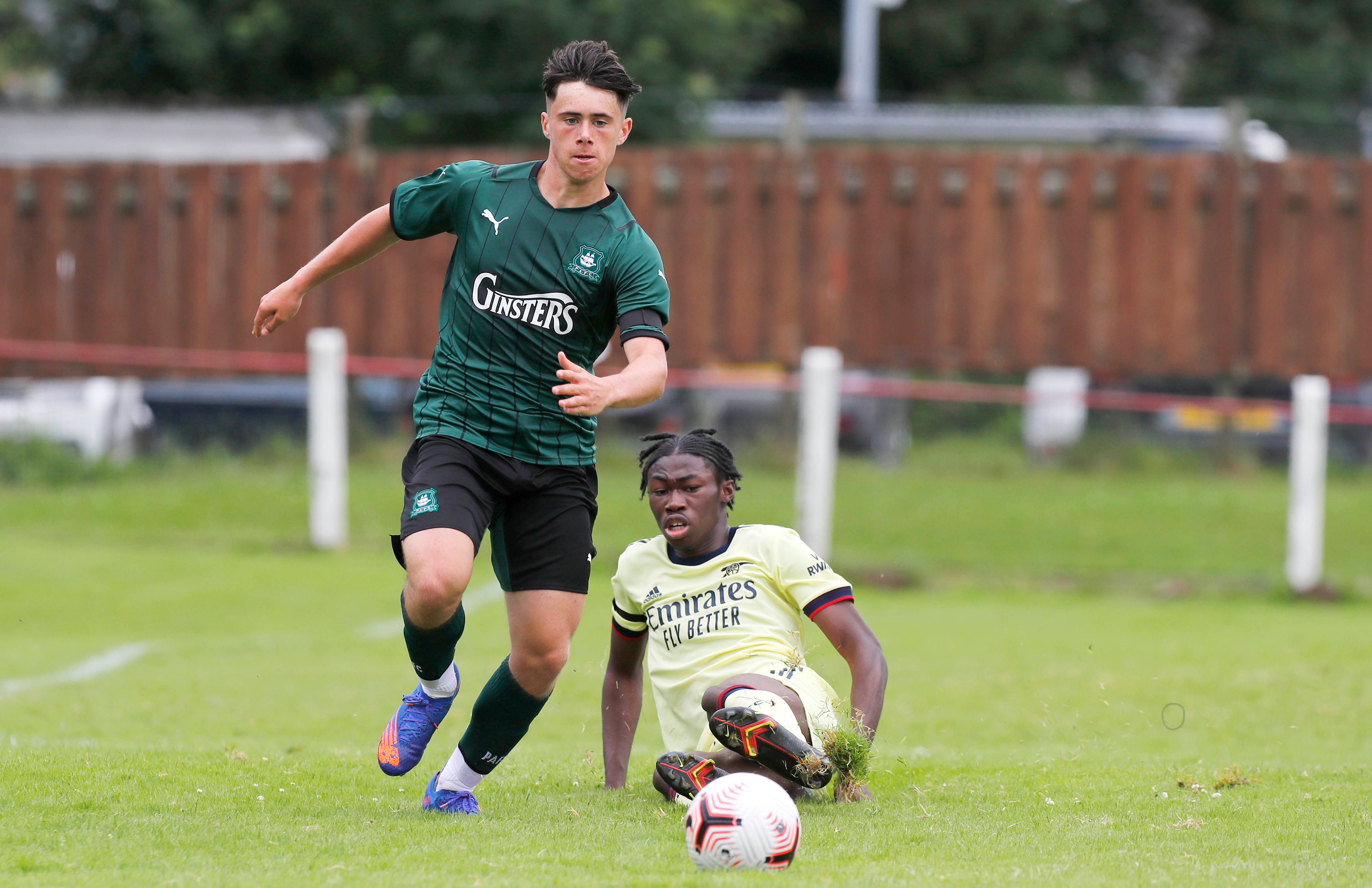 Argyle Academy’s run of five unbeaten league games came to an end at the Hartpury Sports Academy, where Forest Green Rovers came from behind to claim a 2-1 victory.

The young Pilgrims, who were playing their first game of 2022, were facing a host that had their confidence boosted by last weekend's victory over Bristol Rovers.

It was Argyle who dominated the first half, having a host of chances, hitting the woodwork and seeing a good goalkeeping display from the Rovers’ goalkeeper, but the score was level at the break.

The Rovers’ defence worked hard to restrict their visitors, but it was only a fine save by goalkeeper Daniel Blackburn that beat out Caleb Roberts fierce drive after good feet by Oscar Massey had found him free in the area.

Will Jenkins-Davies free-kick was deflected for a corner from which the home defence scrambled the ball off the line to frustrate the Greens.

The best chance came on 31 minutes as another Jenkins-Davies free kick saw Blackburn palm the ball out to Oscar Halls who blasted his shot against the crossbar.

The home side started the second half well with a header going just wide of Lewis Moyle's post, but Argyle soon regained the initiative with Brandon Pursall curling a free kick around the Rovers defensive wall only to see Blackburn save.

The home ‘keeper was left hopelessly exposed on 57 minutes as wingback Oscar Rutherford found space in the area before firing home to give Argyle the lead.

The lead lasted 17 minutes, as a rare foray into the Argyle area resulted in a Rovers equaliser.

Argyle replied with Massey going past two challenges before finding Jenkins-Davies, but his powerful shot flew straight at Blackburn.

The significance of that miss became all too clear as four minutes later Rovers took the lead to leave Argyle with nine minutes to save the game.

The visitors piled on the pressure and Rovers were clinging on for the final minutes as Halls towering header is saved by Blackburn.

Rutherford made room down the right flank and fired the ball in for Massey to curl a first time shot agonisingly wide of the far post as the home goal continued to lead a charmed life.