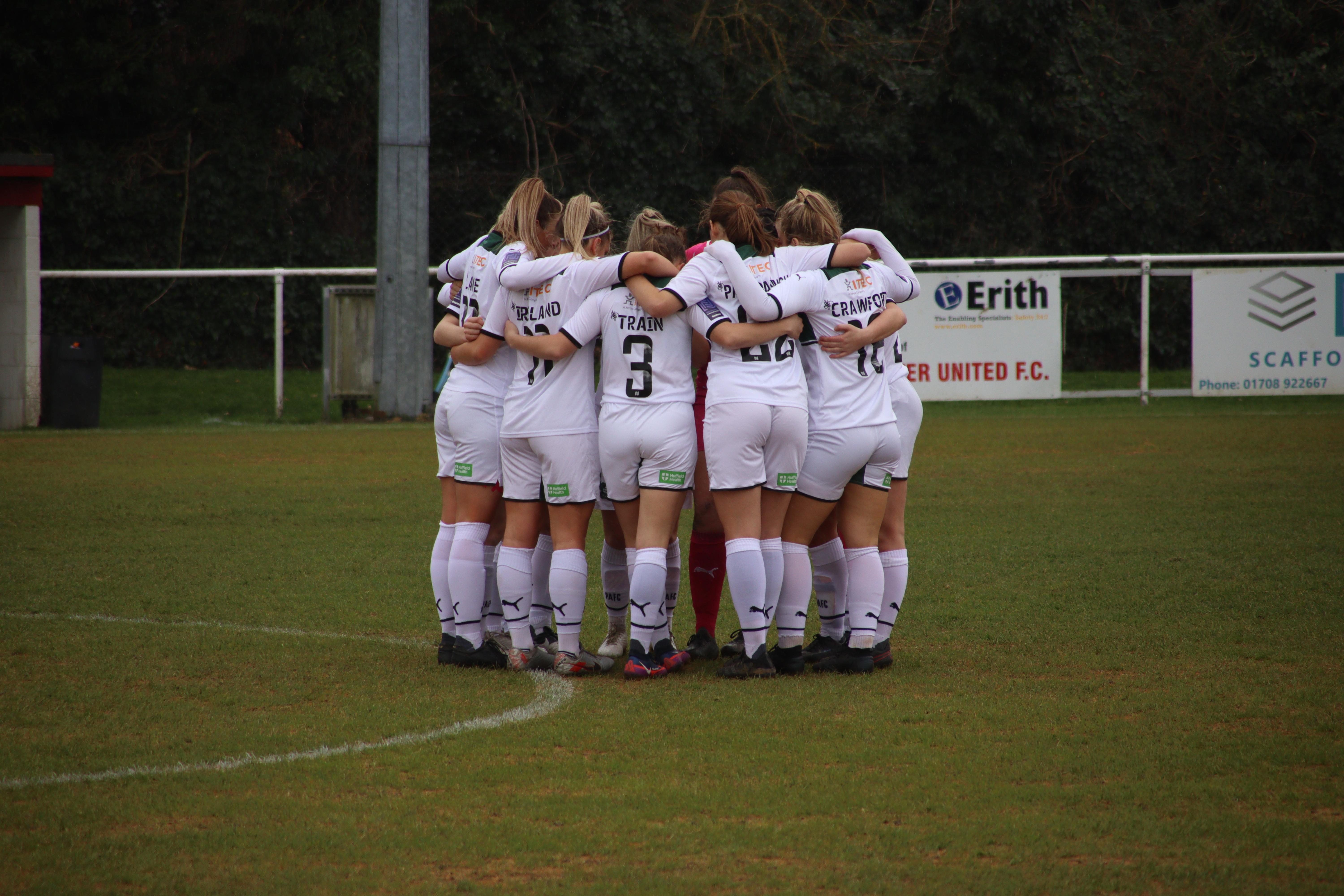 It was a familiar story for Argyle, who found themselves on the back of a defeat despite another good performance. Having lost to Chichester last weekend, Argyle were looking to bounce back and could have moved out of the relegation zone with a win.

The Pilgrims started on the front foot and moved the ball well in wet and windy conditions and within two minutes, Argyle created the first good chance of the game. Ward played the ball in behind to find Knapman, but her volley flew over the Gillingham bar.

Ward and Knapman combined again in the 13th minute, with Ward playing Knapman in behind again, but after being pushed away from goal, her shot was narrowly wide of the far post.

Argyle did get the breakthrough goal in the 18th minute. Train whipped her corner into the near post, and Imy Crawford rose the highest to send a bullet header beyond Davies and into the top corner. It was a deserved opener for Argyle, who went in search of more goals.

In the 25th minute, Ward was involved again, crossing from the right-wing into Cunningham, but Cunningham’s header dropped narrowly wide of the far post.

Then in the 29th minute, Argyle crafted one of the best chances of the game. Knapman was played clean through on goal against Davies, but the Gills keeper was quick off her line and did well to block Knapman’s shot.

It would prove decisive as ten minutes later, Gillingham would equalise. Parker tried her luck from distance, and while it looked like Soper would claim it, the ball slipped through her gloves and into the back of the net. It was an unfortunate mistake from a player that has so often been the hero for Argyle this season.

With the momentum, Gillingham would then take the lead. Argyle gave the ball away at the back, and Russ shot from distance, this one finding the top corner. It was a four-minute double from Gillingham, and that was enough to give them the lead going into the second half despite an excellent first half from The Pilgrims.

In the second half, Gillingham sat deeper and looked to hit Argyle on the counter-attack, this meant that Argyle saw the majority of the ball as they looked to break down a stubborn Gills defence. Twice they worked the ball well to find Knapman on the by-line, but on both occasions her cutbacks were blocked and cleared by a Gills defender.

Argyle continued to push for an equaliser, and in the 81st minute, Cunningham played Alphous in behind, but a covering defender did brilliantly to get back and block her shot.

Then just three minutes later, the Greens went even closer to equalising, Cunningham’s free kick was swung into the far post, and several Argyle players challenged for the ball, with Giota winning the header, but her effort dropped agonisingly inches wide of the post.

The momentum was all with Argyle now, and in the 87th minute the Greens got the equaliser their play merited. Train found space on the left-hand side and crossed into Knapman at the far post. Knapman controlled the ball and fired a composed finish into the bottom left corner to give Argyle a deserved equaliser.

The Argyle celebrations were short lived however, as just moments later Gillingham snatched the winner. Argyle cleared a free-kick to the edge of the box, Gillingham won a loose ball, and a shot came in that slammed off the crossbar and rebounded to Leitch who bundled the ball home to restore their lead. It was heart-breaking for Argyle, but even with time ticking away, they still had chances to equalise.

First, Cunningham played Alphous into space, she dropped a shoulder and cut inside, but again Davies did well to save her shot. Then in the last seconds of the game, Soper played a long ball over the top of the Gills defence, Pollock used her pace to get through on goal, but again Davies was quick off her line to close the angle and made the save in the final moments of the game.

It meant Argyle would go home empty-handed again despite another good performance. However, the Greens remain just three points away from exiting the relegation zone, and with games in hand, their fate is still in their own hands, but they will need to start turning these performances into results sooner rather than later.