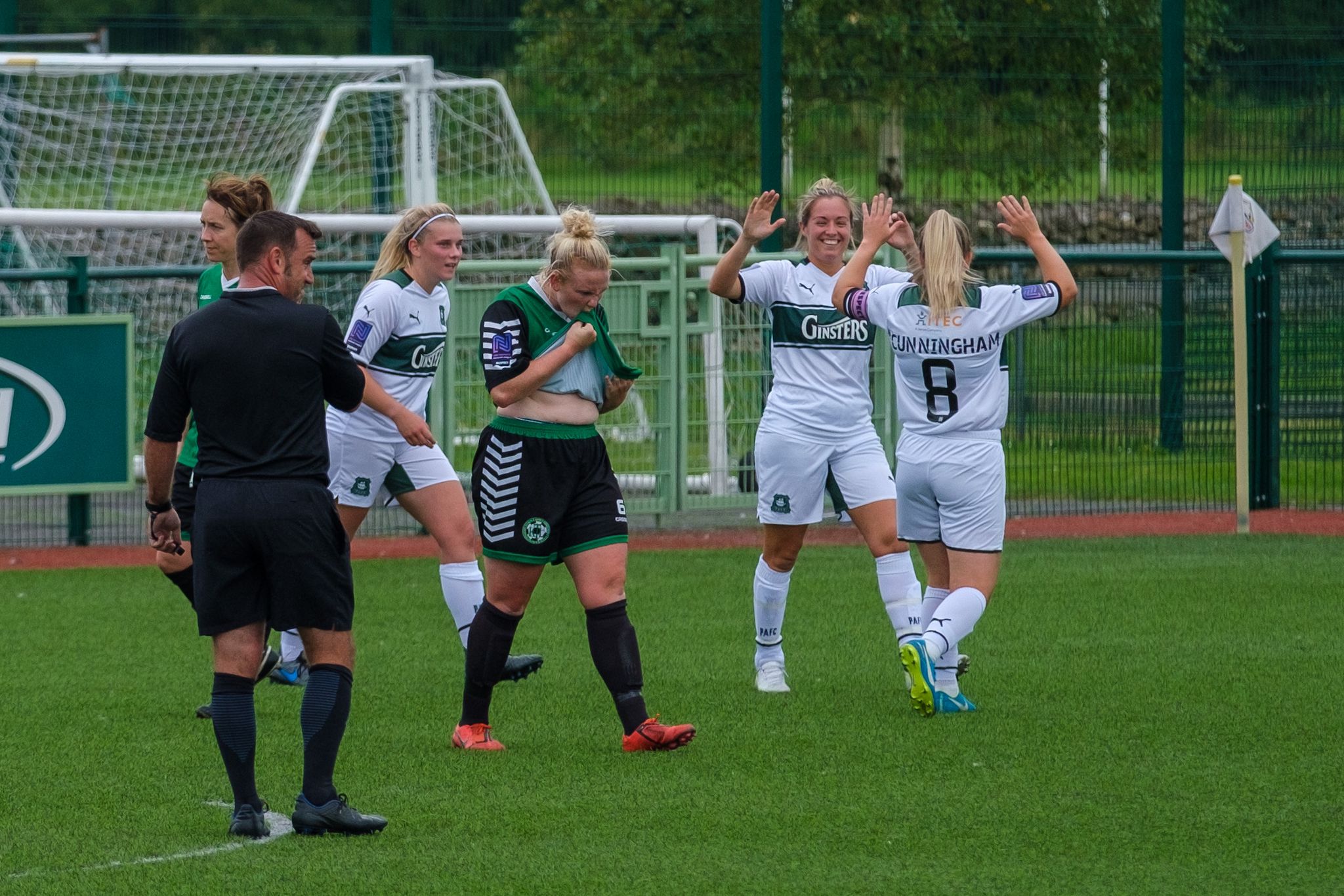 Argyle got their first win of the season as they completed a 5-1 rout of Keynsham Town ladies.

Keynsham actually started the game better than Argyle with the pilgrims failing to clear their lines after a succession of crosses from their Bristol-based opposition – but fortunately for Argyle, Soper was there to palm away any clear-cut chances.

From there, Argyle took control of the game and scored the opener after just 10 minutes as Gabi Alphous spun her marker down the left-wing and coolly fired the ball into the far corner. After that, Argyle began to assert their dominance, with Crawford, Ireland and Knapman all going close to extending the Pilgrims lead. Then in the 35th minute, Knapman would extend Argyle’s lead as she latched onto Cunningham’s pass and fired past Kier for her 1st goal of the season.

Then as the half-time whistle beckoned, Keynsham appeared to have found a way back into the game as Butcher picked up the loose ball in midfield and expertly curled the ball into the top corner. However, Argyle showed their class in the second half to extinguish any hope of a Keynsham comeback. Just 3 minutes into the restart and Alphous again turned her marker, this time from the right-wing, before unleashing a left-footed finish that curled beautifully into the top left corner.

Then with Keynsham still reeling from the third goal, Argyle quickly added a 4th with Cunningham doing what she does best and firing a long-range freekick past Kier. With the game all but won, Argyle could relax and play their free-flowing football. Alphous nearly got a hattrick, and if not for a last-ditch tackle from Grogan she would have surely scored Argyle’s 5th. Instead, it was Alphous’ replacement, Eaton, who would seal the win for Argyle. After being played in behind by Dandy, Eaton slammed the ball into the bottom corner with her first touch of the game.

After not being rewarded for their good performances against Portsmouth and Southampton, it was a well-deserved three points for Argyle to get their season up and running.