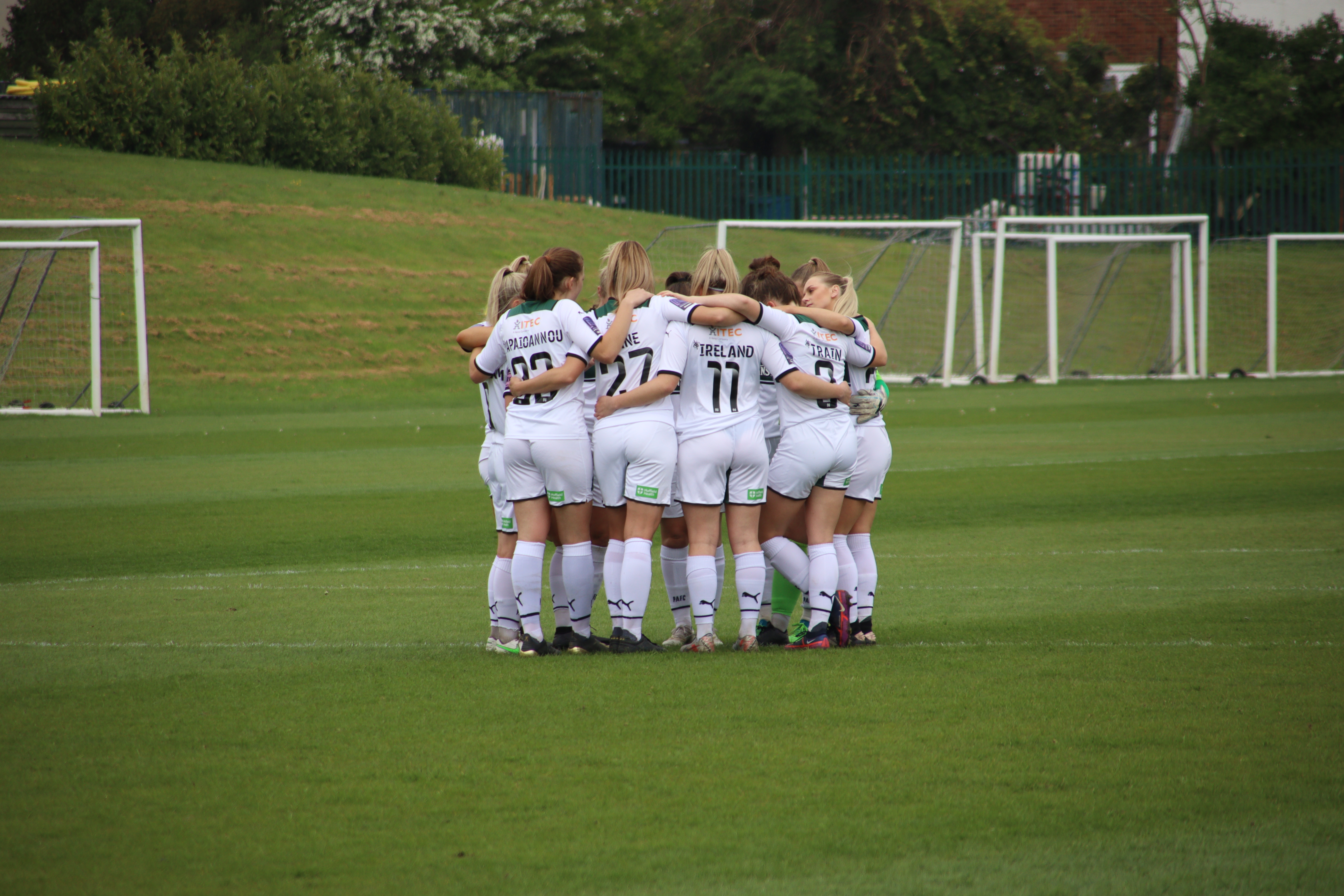 Plymouth Argyle Women signed off their season with a dramatic 2-2 draw with London Bees after winger Amber Pollock scored a 96th-minute equaliser.

It was an uncharacteristically sloppy start to the game for Argyle, who struggled to get going in the first half, with goalkeeper Jasmine Read drawn into an excellent save as early as the 7th minute.

Wilson was played through on goal and Read did superbly to rush off her line and palm away from her shot while one on one.

Argyle were struggling to get to grip with the London Bees press, but nearly took a fortuitous lead in the 12th minute. The Greens worked the ball to Perrin on the right-hand side, whose whipped cross clipped the Bees' crossbar before going behind for a goal kick.

Three minutes later, it took an excellent intervention from Panagiota Papaioannou to clear Wilson's close-range volley off the line to keep the scores level.

It took until the 34th minute for Argyle to craft their best chance of the half with Amber Pollock finding space on the left-hand side, but her snapshot drifted narrowly wide of Hazelton's far post.

Almost immediately after, London Bees took the lead. Coote got in behind Argyle's left-hand side, and whether her strike was a cross or a shot, only she will know, but regardless it ended up in the top right corner to give London Bees the lead.

London Bees could have doubled their lead in the 43rd minute, but Porter could only nod her free header wide of Jasmine Read's near post. Meaning Argyle went into the break only a goal down despite a poor first half from The Pilgrims.

Argyle needed a reaction, and it was clear from the very start of the second half that there was more intensity to The Pilgrims' play. Only five minutes into the second half Sophie Perrin whipped an excellent cross into Knapman, but the Argyle top goal scorer nodded her header wide of Hazelton's far post.

Rosie Train then tried her luck from distance, but her left-footed strike flew comfortably over the London Bees' bar. The momentum however was with Argyle, and they equalised in the 55th minute.

Cunningham won the ball back in midfield and played a perfectly weighted pass into the path of Pollock, who accelerated beyond the Bees' backline and fired left-footed into the bottom corner for the Argyle equaliser.

It was a deserved goal for the Greens second half performance, but the Argyle celebrations were short-lived as, against the run of play, London Bees retook the lead five minutes later. The referee adjudged Read to have fouled Wilson as she came off her line to try and claim the ball off the London Bees striker. Puddefoot stepped up, and her penalty clipped the inside of the post and into the back of the Argyle net.

Argyle were seeing more of the ball in the second half but nearly conceded a third goal in the 67th minute. A Bees corner was headed into the back of the net but ruled out for a push in the back of an Argyle defender.

The Greens pushed forward in search of an equaliser, with Cunningham and Alphous both firing wide of the Bees' goal from the edge of the box.

Argyle were getting closer to a second goal and were unfortunate to be denied a penalty in the 81st minute. Knapman intercepted a Bees back pass and appeared to be pulled down by Porter when attempting to fire in the equaliser, but the referee waved play on despite the Argyle protestations.

Fired up by the denial of a penalty, Argyle continued to fight for a way back into the game. Knapman was involved again in the 83rd minute when she chased down another long ball in behind and drew an excellent fingertip save from Hazelton, who pushed her shot wide.

Two minutes later, Alphous did well to twist and turn her way into the Bees' box, but her left-footed strike was scuffed wide of Hazelton's near post.

With the seconds ticking away, it looked like it might not be Argyle's day; that was until Amber Pollock snatched a point from the jaws of defeat with her 96th-minute equaliser. Zoe Cunningham clipped in a pinpoint cross to Pollock, who slammed her volley into the back of the net to cause celebrations to erupt between the Argyle players and staff on the touchline.

It was a well-deserved point for the Greens, whose second-half performance gave them a positive end to the season, moving them five points clear of the designated relegation zone.

It should see them competing in the FA Women's National League for another season and based off of their results in the second half of the season; there is every reason to be positive of an improved finish next season.