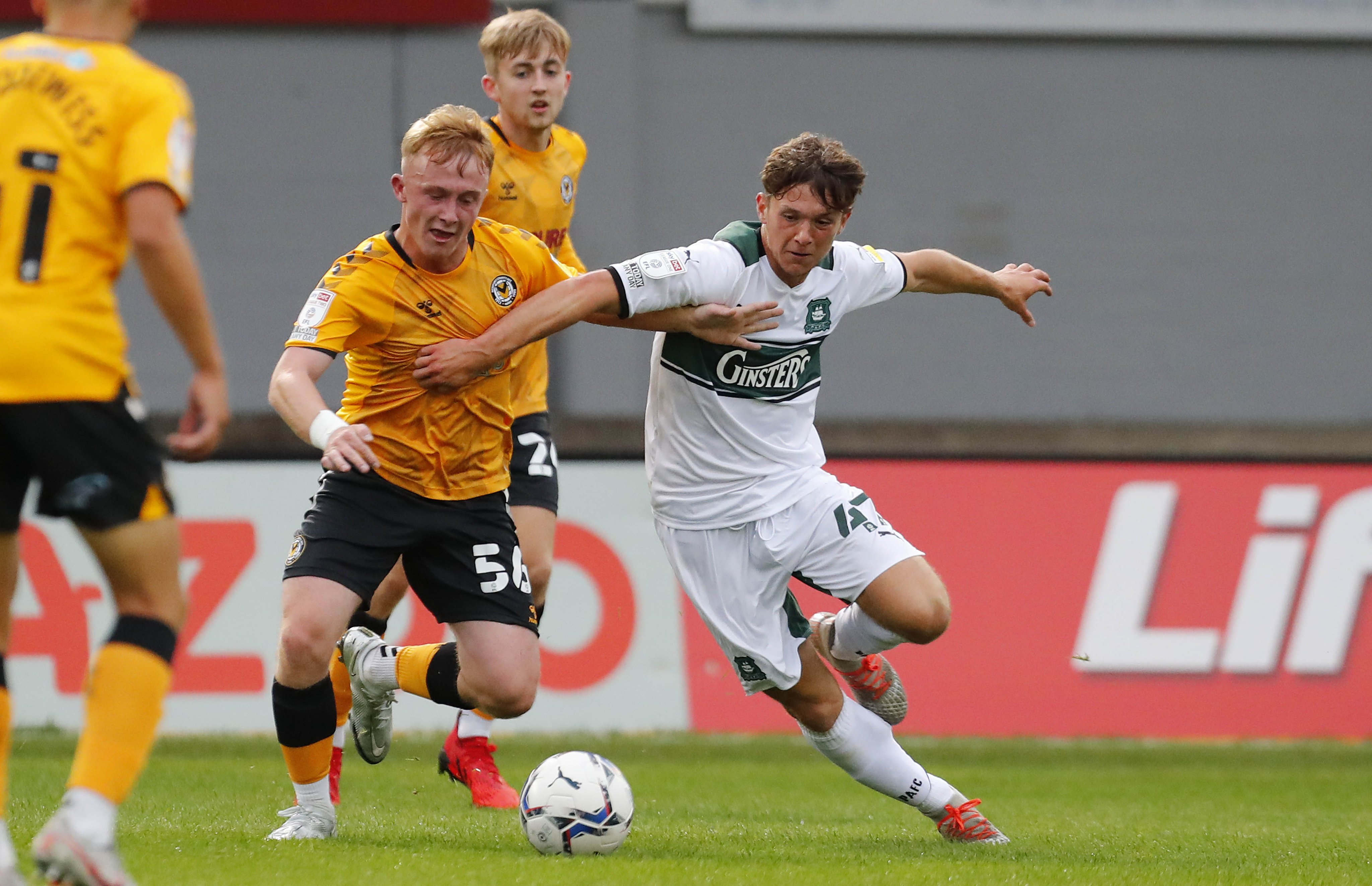 Two familiar faces subjected Argyle to a 2-0 defeat in the opening round of the Papa John's Trophy at Newport.

A Pilgrim side packed with teenage potential competed well for long periods but were undone by a stunner from Dom Telford just before the hour and Newport confirmed their win with another accomplished finish from Timmy Abraham.

The Newport team, not quite as youthful, featured former Pilgrims Abraham and Telford, ironically the Argyle strike-force when the two sides last met in November.

The Pilgrims started with some bright passing football and a Ryan Law pass was only slightly over-hit for Craske in the penalty area. An improved ball from Law found Craske in a similar position on 11 minutes but an untidy Newport challenge earned nothing more than a shake of the head from referee Tom Reeves.

A quiet start to the evening briefly livened with good work from Abraham and a long-distance drive by Robbie Willmott sent rising over Callum Burton’s crossbar. A Newport corner proved more of a problem, as a deep cross found Joe Woodiwiss, who saw his stabbed effort defended by Massey.

Newport turned the screw further with a scuttling shot from Abraham saved by Burton and Craske headed clear the loose ball. Argyle responded with a weaving Law run and shot saved by Nick Townsend.

The Greens, bolstered by the opportunity, maintained the impetus with a Pursall effort blocked, followed by Law firing over after a clever corner routine involving skipper Adam Randell and Shirley.

Telford took up the mantle with a near-post effort well-fielded by Burton but Waruih restored Pilgrim momentum with a fine drive sent narrowly wide after a darting run from Jordon Garrick.

The half ended with scores level, but only after a rasping Telford strike from 20 yards was fended wide by Burton. Newport made a couple of changes at the interval, introducing Zack Maher and Iestyn Evans for Willmott and Matty Dolan,

The second period started with a cross by James Wilson, back from suspension, finding a determined run by Law and his header was only a fraction wide. Argyle built on that positive moment with a spell of improved temp and territory.

Newport snatched back control with a superb goal from Telford, picking up a short throw-in and lashing a left-foot thunderbolt into the top corner from 22 yards. It was a super strike and no chance for Burton.

Evans clearly took inspiration from the goal, spearing a speculative effort from fully 40 yards that needed tipping over. Moments later, Oliver Cooper dragged a shot wide from the left channel.

Will Jenkins-Davies, another teenage Pilgrim debutant, came on for Waruih, as the Argyle youngsters looked to find a way back into the game. A fabulous run from Garrick found Jenkins-Davies on the right and his cross to Massey was glanced inches wide.

Massey was then replaced by Issaka, Argyle’s youngest-ever player by a year, and he was almost celebrating within a minute, as a Shirley header was parried clear by Townsend from a Pursall free-kick.

Carlo Garside for Craske was the final Argyle change but the game was up two minutes later, as Abraham skipped inside and curled a cool finish beyond Burton and into the far corner.