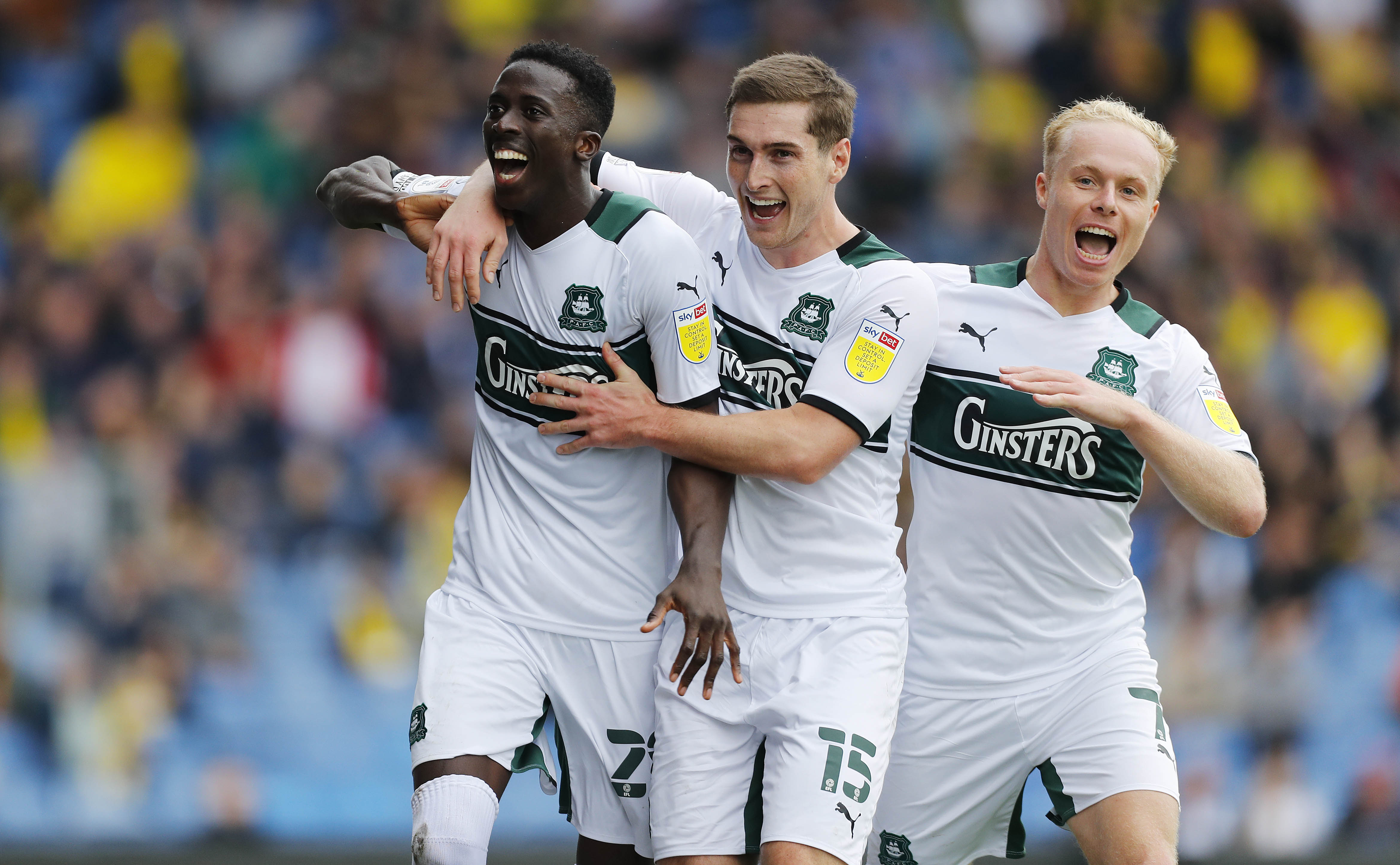 Argyle recovered from an early setback to record a superb come-from-behind 3-1 victory away at Oxford United, maintaining their position atop the Sky Bet League One table.

Oxford started quickly and led inside of five minutes, thanks to Matty Taylor’s clever close-range finish, but Argyle roared back into the match. Jordon Garrick levelled the match on 11 minutes with an excellent curled strike, before Pantuche Camara put the Pilgrims into the lead, finishing off a superb team move six minutes before the break. The visitors withstood a second-half onslaught from the Yellows, before sealing the three points on 84 minutes, as Camara superbly slotted home his second.

Manager Ryan Lowe made two changes to the side that took the Pilgrims to the top of the table a week ago against Burton Albion. Back from international duty, Luke Jephcott returned to the starting XI in place of Kieran Agard, who moved to the bench. He sat next to Ryan Hardie in the dugout, as Jordon Garrick moved up from wing back to take the vacant strikers’ spot, with Joe Edwards back to take his place out wide.

The hosts also made a pair of changes from their last league outing. Coming in were Gavin Whyte and James Henry – the last-gasp match-winner against Sheffield Wednesday – as Anthony Forde and Alex Gorrin joined a very attack-minded United bench. Recovering from a tricky spell, Oxford had won their last two League One games against Wednesday and Accrington Stanley to move just outside the play-off places, and were unbeaten at the Kassam in the league this season.

As expected, then, Oxford started impressively, with former West Ham United man Nathan Holland causing early problems on the left-hand side. It would be from the opposite flank, though, where the home side crafted the opening goal. Finding space on the right, just inside Argyle’s half, Henry clipped an inch-perfect ball towards Matty Taylor, who controlled well and dinked an effort over Michael Cooper, to make it 1-0 in the sixth minute.

Despite Oxford posing all the attacking intent in the opening 10 minutes, Argyle equalised with a terrific flowing move in the eleventh. Dropping into midfield, Jephcott played a first-time ball between the Yellows’ back line to find Garrick. Cutting back to beat Elliott Moore inside the box, Garrick curled a wonderful shot into the far corner to level the match.

Garrick looked right at home leading the line, linking up well with Ryan Broom to get behind Oxford and deliver dangerous balls across the box from the left. On the same side, Conor Grant’s cross found Jephcott, who couldn’t rise high enough to keep his header down.

A frenetic opening quarter of the game ended with the Greens striking the woodwork. Good work from Broom and Grant led to the latter’s cross causing havoc in the area. Edwards’ clever knock-down set up Pantuche Camara, whose fierce strike beat Jack Stevens, but hit the post and flew to safety.

A brief stoppage allowed the players to catch their breath, and the Greens immediately capitalised upon the restart, taking the lead with another excellent piece of play. The ball found Grant on the left side, who cut in to find Jephcott on the opposite side. His low cross was brilliantly dummied Garrick to allow the ball to reach Camara, arriving late in the box as usual to side-foot a strike into the corner. The Pilgrims had grown into the match brilliantly, and led at half time.

Holland continued to be a major threat to Argyle as the second half commenced. A mazy run into the box ended with another ball flashed across Cooper’s goal, with no forward close enough to steer it home.

The threat increased from the hosts. Henry spurned a great chance for Oxford on the hour-mark, finding himself clean through on goal, but sliding his shot wide. Henry surged through again shortly after, this time from the right flank, but smashed his strike over. With 20 minutes to go, Ryan Lowe’s side were under intense pressure – but still ahead.

Garrick’s performance up top continued to shine, though. Great hold-up play and vision crafted a chance for Camara to net his second, but his strike was palmed away by Stevens.

Karl Robinson’s side threw bodies forward to try and draw level, but looked increasingly open to a counter-attack. Substitute Danny Mayor settled straight into his midfield role, linking on the left with Grant and Jephcott to forge dangerous openings.

A trio of strikers for the hosts were on to try and force an equaliser, but it was the Greens who would grab the next goal, and seal the victory. Mayor slipped through Grant, whose low ball found Garrick in the box. Once again, Garrick had the presence of mind to leave the ball for the oncoming Camara, who found the top corner and sent the 1,784 members of the Green Army at the Kassam into raptures.