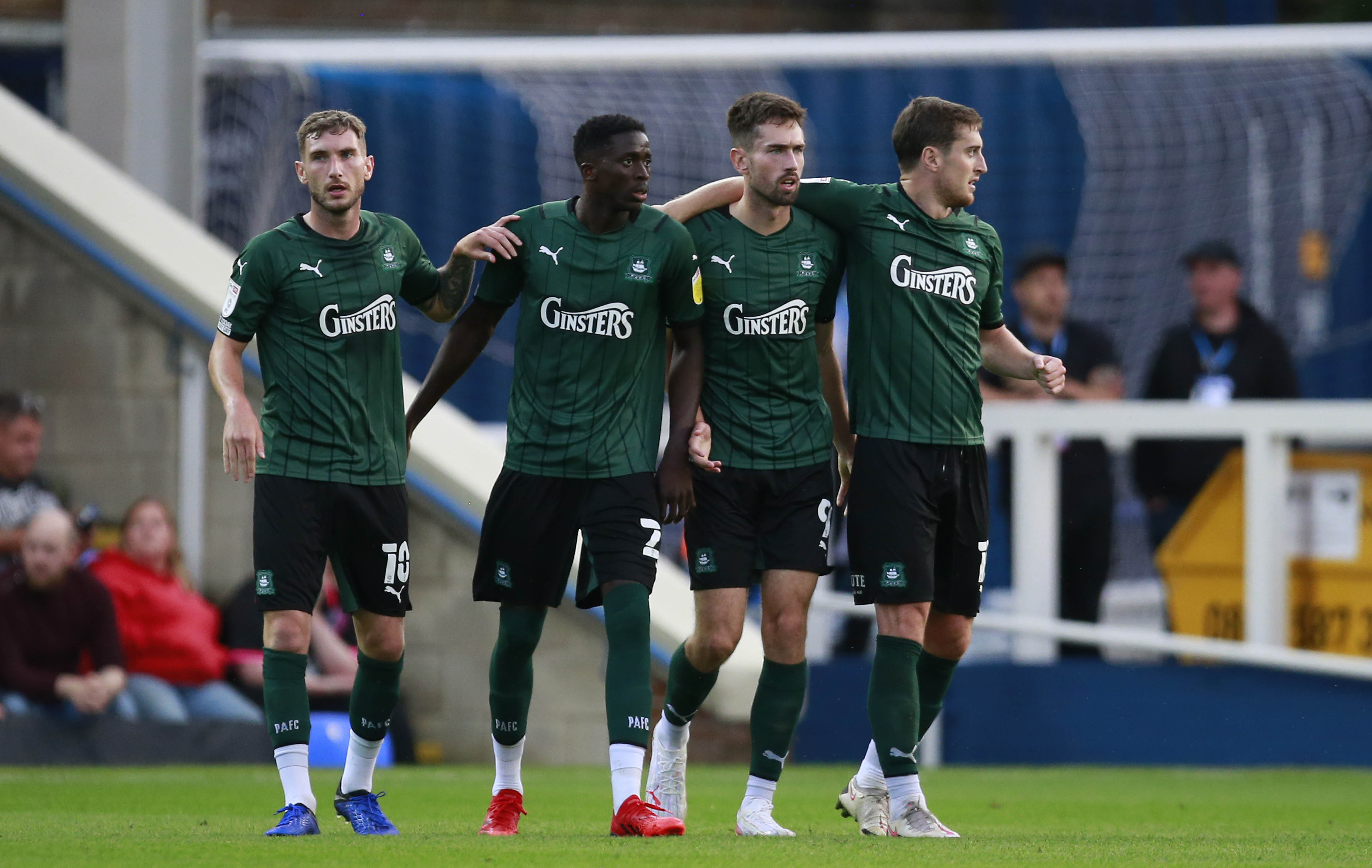 Argyle produced an immaculate display to book their place in the second round of the Carabao Cup, overpowering Championship side Peterborough United on their home turf with a wonderful 4-0 success.

Ryan Hardie was virtually unplayable in the first period, sauntering away with two clinical goals, and his strike partner Luke Jephcott added a predatory third midway through the second half before Panutche Camara added the gloss to a perfect evening.

Peterborough suffered a 3-0 defeat at Luton on their Championship return but it was the Posh with a first meaningful effort, curled wide of the far post by Jorge Grant.

The Pilgrims offered their opening threat with a ball down the right channel and Hardie forced his way past Frankie Kent for a scuffed shot under pressure that didn’t trouble goalkeeper David Cornell.

Argyle then constructed a neat move with Jephcott feeding a pass to Camara for a low drive that did provoke a little more strenuous work for Cornell. Moments later, Peterborough forward Ricky Jade-Jones limped off for Idris Kanu.

In a generally quiet start to the game, Argyle were looking defensively compact but a moment of magic in the attacking third provided a first goal of the season for Hardie, rifling a left-foot drive into the bottom corner from 20 yards following an incisive Danny Mayor pass.

It was a lovely assist, even better finish, and Argyle were back on the front foot five minutes later, as Mayor jinked past his man for a terrific curling effort, well saved by Cornell, and his block from the Hardie rebound was even more impressive.

Hardie was proving a major thorn to the hosts, as another low drive forced Cornell into more good work before a delicious Conor Grant cross was glanced inches beyond the far post by Jephcott.

Argyle were all over the hosts and Hardie, in particular, was causing mayhem, with a surge through the middle prompting more home panic.

Posh problems turned to dismay on 33 minutes, when a stand-up cross by Grant, after good play from Mayor, was headed back across goal by Jephcott for the irrepressible Hardie to lash a half-volley past a stranded Cornell.

A seemingly perfect Pilgrim evening took a sour turn when Mayor was forced off through injury, replaced by Ryan Law, with Grant shifting inside from the left to a midfield role.

Hardie restored Argyle momentum with yet another shot on target that needed a smart save from Cornell, matched by Cooper with a good block with his feet at the start of the second period.

The Greens returned to their previous level of control with a Jephcott effort saved by the over-worked Cornell and two further changes from the Posh reflected the increasing level of concern for the hosts.

While the second-half pattern was one of calm assurance from the Pilgrims, Hardie continued to be a menace for the home defence, and his persistence won a corner that sealed the victory.

Dan Scarr rose highest from the deep cross and nodded the ball back into a danger area that is Jephcott’s bread and butter, ramming the ball home from a position that instinctive strikers seem to find with, well, instinct.

A bursting run from Grant presented the next chance for the excellent Camara, who steered the ball over the bar, and when the Posh did find a shot on goal, James Wilson was in the right place to make a block with his chest.

Adam Randell for Jordan Houghton was the next Pilgrim change on 78 minutes and he was soon congratulating Camara for a superb game-ending finish after a cut-back by Jephcott.