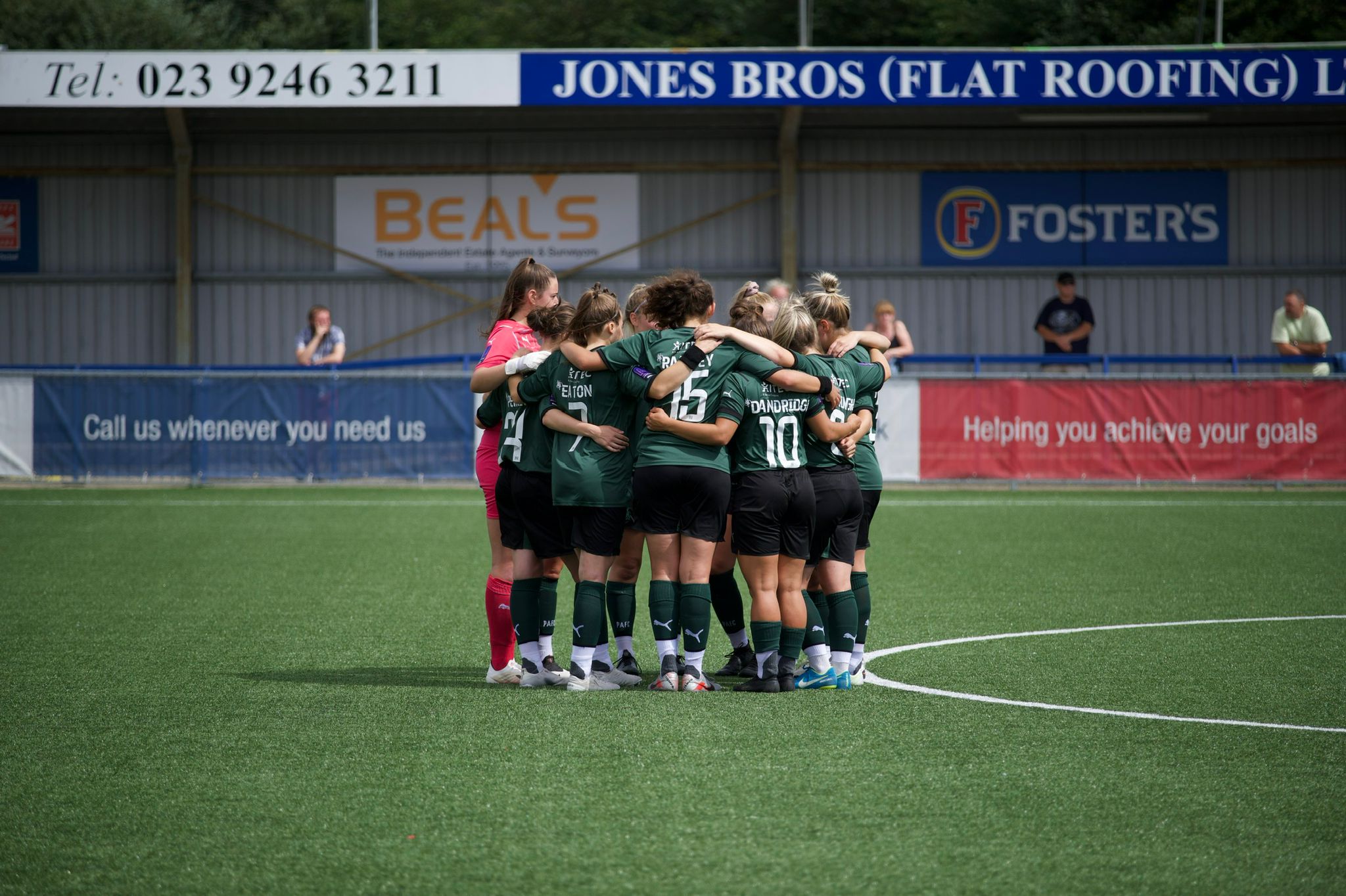 A game that was closer than the scoreline suggests was ultimately decided by a flurry of late goals as home side Pompey made their extra player count to punish a tired Argyle side on the season opener.

Pompey got off to a fast start but couldn’t breach a solid Argyle defence despite some good approach play. That changed in the 15th minute when Dani Lane burst into the Argyle box. Her low shot was well saved by Poppy Soper who got down well to her left to palm the shot to safety.

Following some early Pompey pressure and some missed half-chances, Argyle began to grow into the game. After a succession of corners, Zoe Cunningham came closest to opening the scoring, dropping her shoulder to pass a Pompey defender and sending a rasping drive against the foot of the post.

Sensing their opposition growing into the game, Pompey responded by hitting the woodwork themselves. Rowbotham’s edge of the box strike clipped the top of the bar and the rebound was struck wide.

After a tight first half, Pompey started the second brightly with Khassal breaking in behind the Argyle defence. Ramsey, who had been one of Argyle’s standout players in the first half, attempted to slide in to win the ball, but it was just out of reach, and she caught the Pompey striker. With the referee adjudging her to be the last defender, he gave her the red card, reducing Argyle to 10 players very early into the second half.

Argyle respond well to the setback and worked hard to keep Pompey at bay until the 58th minute when Albuery nicked the ball from Middleton and finished well into the corner past Soper.

Argyle were able to strike back immediately. Pompey failed to deal with a deep free-kick into the box and Dandy pounced onto the loose ball and fired into the roof of the net. Argyle had some rewards for their hard work but, as the game developed and the players began to tire after their momentous efforts, Pompey began to take control of the game.

Pompey took the lead again as a corner found Khassal free at the near post who was able to fire home and restore Pompey’s advantage. Five minutes later Pompey added to their lead with Khassal again at the forefront of the attack. As she rounded the keeper the referee adjudged Soper to have fouled her and awarded a penalty. Khassal dusted herself off and confidently fired the ball down the middle for Pompey’s third in the 78th minute.

Argyle continued to work hard but conceded again in the 87th minute as Pompey worked their player advantage to find Khassal free at the back post and she headed home for her hat-trick. Seconds before the final whistle Pompey added gloss to the scoreline with Younger carrying the ball out of defence to find Khassal in behind again who finished well for her fourth of the afternoon. It was a frustrating game for Argyle, who found themselves on the end of a 5-1 defeat despite plenty of hard work and endeavour.