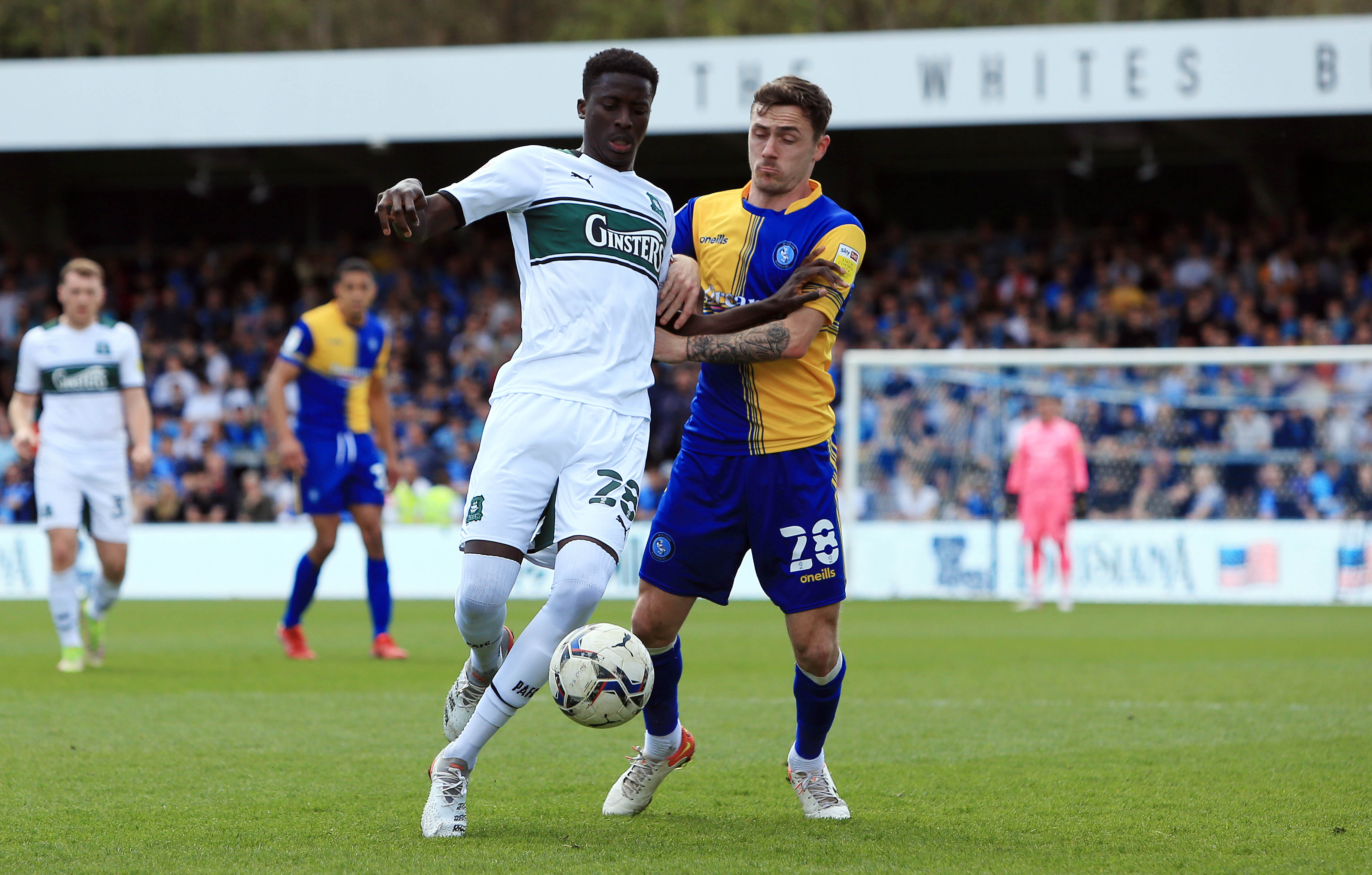 A brace of first-half strikes from Garath McCleary proved enough to condemn Argyle to a frustrating opening to the Easter weekend.

The Pilgrims battled gamely through the second period but were unable to carve out a major chance against a resolute Wycombe defence.

Wycombe drew 1-1 on Gillingham last weekend and, like Argyle, entered the game desperately scrapping for points in the play-off race. The early stages were understandably tight, with a strong defensive header from Jordon Garrick repelling one dangerous ball into the box from Wycombe.

Garrick returned to his attacking day-job with a lovely jink inside but the shot lacked any power to trouble former Pilgrim stopper David Stockdale. Wanderers replied with a break from Brandon Hanlan and a low drive well saved by the alert Mike Cooper.

Unfortunately, there was no stopping Wycombe a minute later. Sam Vokes flicked on a header for the lively McCleary in the right channel, who rifled a terrific finish into the roof of the net from around 15 yards.

The Greens regrouped and, after a period of patient possession, Sessegnon burst into the box for a low cutback toward Garrick, who opened his foot for a first-time effort that skimmed inches wide with Stockdale rooted to the spot.

Gradually, the Argyle midfield of Panutche Camara, Jordan Houghton and Danny Mayor began to enjoy more control in the engine room, but that soon changed, as a swift counter from Hanlan led to a clever ball across the box for McCleary to calmly convert his second of the afternoon.

The quick reactions of Cooper kept Argyle in the game moments later, turning wide a flicked effort from Vokes. Wycombe did have the ball in the net from the subsequent corner but referee Darren Drysdale had spotted a foul.

The Greens attempted to start the recovery with a drilled 25-yard effort from the left boot of Grant deflected wide by Chris Forino-Joseph, and it was going to need a big second-half performance to salvage something in the Adams Park sunshine.

Two half-time changes brought the fresh legs of Ennis and Ryan Broom into the Pilgrim cause, with Garrick and Mayor the duo replaced, although the first meaningful act after the restart was a timely block from captain James Wilson.

A delicious scuttling cross from Sessegnon very nearly found the run of Jephcott on 54 minutes, with Stockdale smartly off his line to gather, as the Pilgrims tried to ramp up the pressure on a steadfast home defence.

Generally, however, the game had become very scrappy, which was better suited to a Wycombe side looking to protect their two-goal advantage. One loose ball fell to Broom for a rushed volley that dribbled wide.

Joe Jacobson swung a free-kick over the bar for the hosts before astute defending from Grant ensured a low cross didn’t reach McCleary, lurking at the back post for his hat-trick.

Adam Randell for Houghton was the final roll of the Pilgrim dice and he soon started a slick passing move that finished with Ryan Tafazolli heading over his own bar under pressure from Jephcott.

Argyle were turning the screw, with two hopeful penalty claims turned down by the officials, but the threat on the counter remained, Dan Scarr digging out a superb last-ditch tackle to thwart Hanlan in the left channel.

Hanlan then steered a shot narrowly over before Randell lashed a left-footer just past the post to complete a tough afternoon for the Pilgrims. We go again for the crucial visit of Sunderland on Monday.