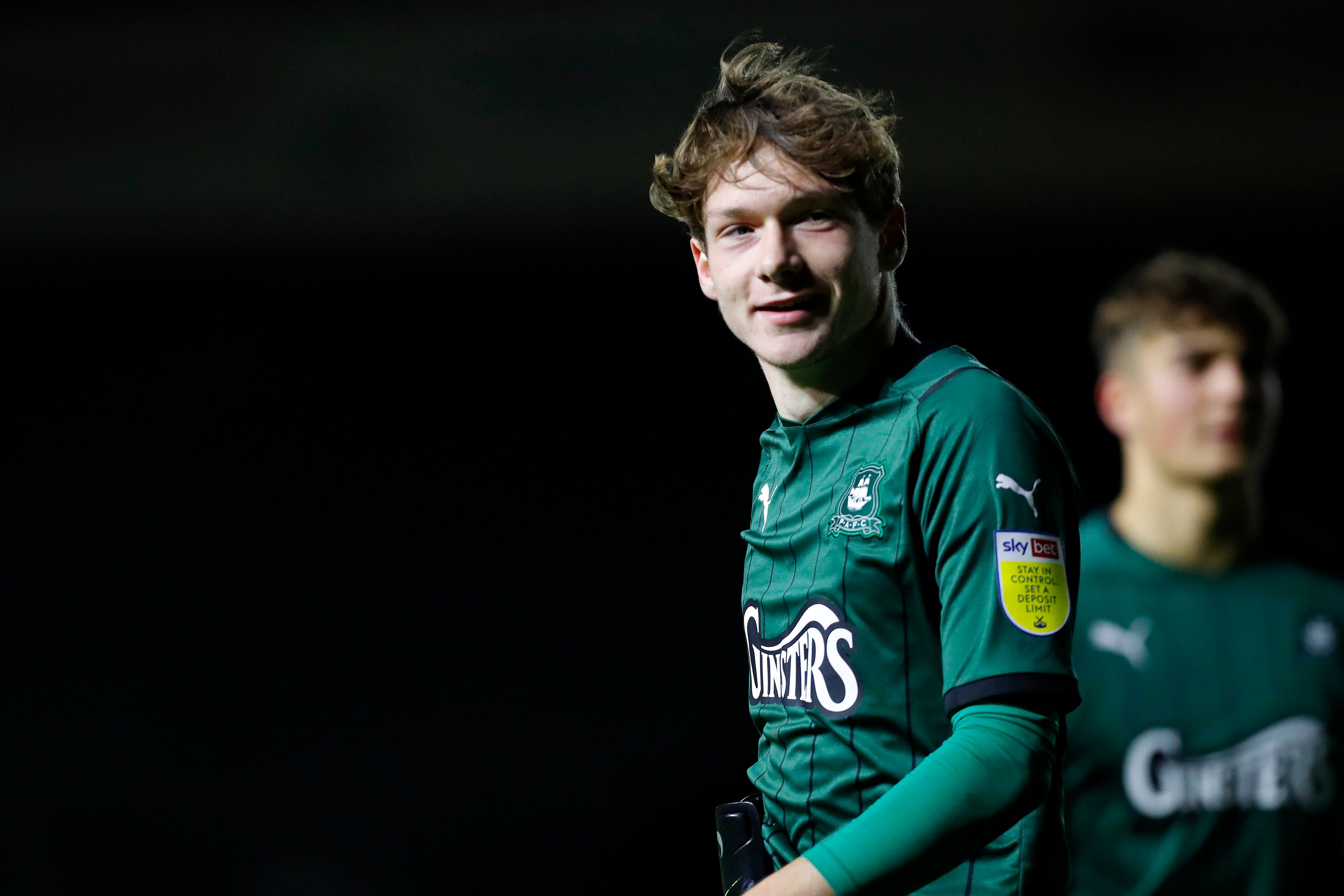 The 18-year-old has played nine times for the first team this season after making his debut in our Sky Bet League One opener with Rotherham United.

He scored his first senior goal in the second round of the Carabao Cup, drawing Argyle level against Sky Bet Championship side Swansea City.

The final year apprentice has been an almost permanent fixture in first team affairs this season but when he has played for the under-18 side he has excelled.

He scored a hattrick in a 6-3 loss to Portsmouth and bagged another in a win over Cheltenham Town.

He joins fellow Academy player Finley Craske at Bolitho Park and is available for Parkway in their Southern League fixture with AFC Totton on Saturday.