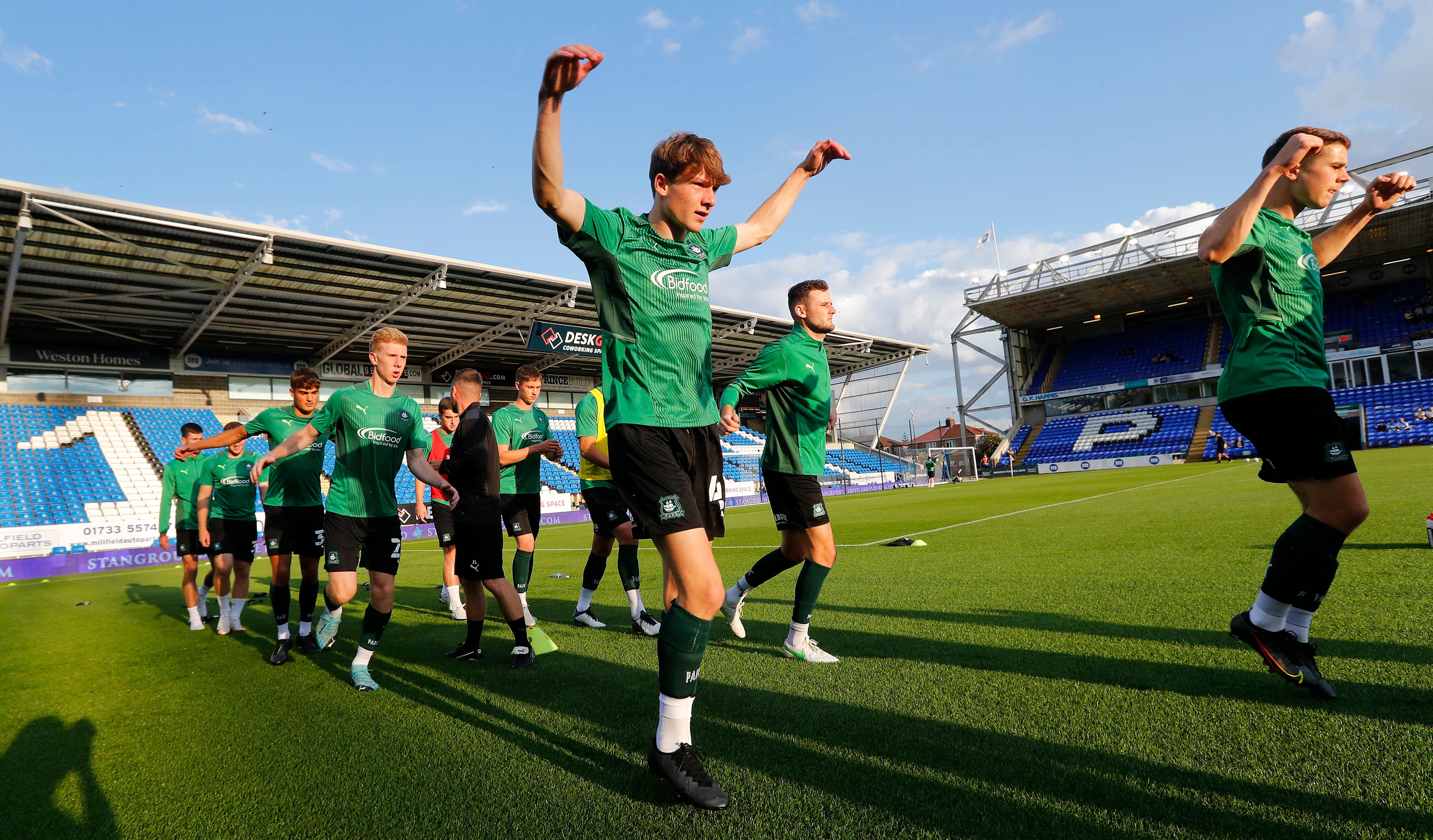 Eighteen-year-old Rhys Shirley is the latest Argyle Academy prospect to taste Sky Bet League One football at Home Park and is loving every second of it.

The striker came on as a late substitute in Argyle’s 1-1 draw with Cambridge United to make his first appearance at the Theatre of Greens.

After the game he couldn’t hide his excitement.

He said, “It was great going out in front of 10000 of our own fans. The support all night was fantastic no matter what happened during the game.

“Being in front of the fans and making my home debut in front of everybody was really something special.”

Having made his debut 10 days earlier, in the season opener against Rotherham United, Rhys had to watch from the side-lines as Argyle got their first win of the season against Gillingham on Saturday.

That day he saw former Academy graduate, Luke Jephcott bag the winner. And the Welsh striker was at it again on Tuesday night, scoring his third goal in as many matches.

Training with players like Luke and Ryan Hardie and watching them play on a match-day is something Rhys has admitted has helped him develop.

He said, “Luke’s been great, hasn’t he? Whenever we needed a goal, he’s popped up and been in the right positions with some great finishes. That is what you look to in a striker and is something I really look up to.

“It’s honestly great, being around the lads all the time, it’s really, really fun to be a part of.

“When you train with the first team and come up against these sorts of players, you realise just how intelligent these players are, they know the game.”

Playing in the first team and coming up against well established experience defenders in the two league games he has played, is a far cry from the challenges he faces playing for the under-18s in the Youth Alliance league.

The challenge though, is not one that Rhys is shying away from.

He said, “My first thought is I wanted to get on and do something in the game.

“Everybody is always taller and stronger than I am but it’s something I have to work around and is something I am going to have to adapt to.”