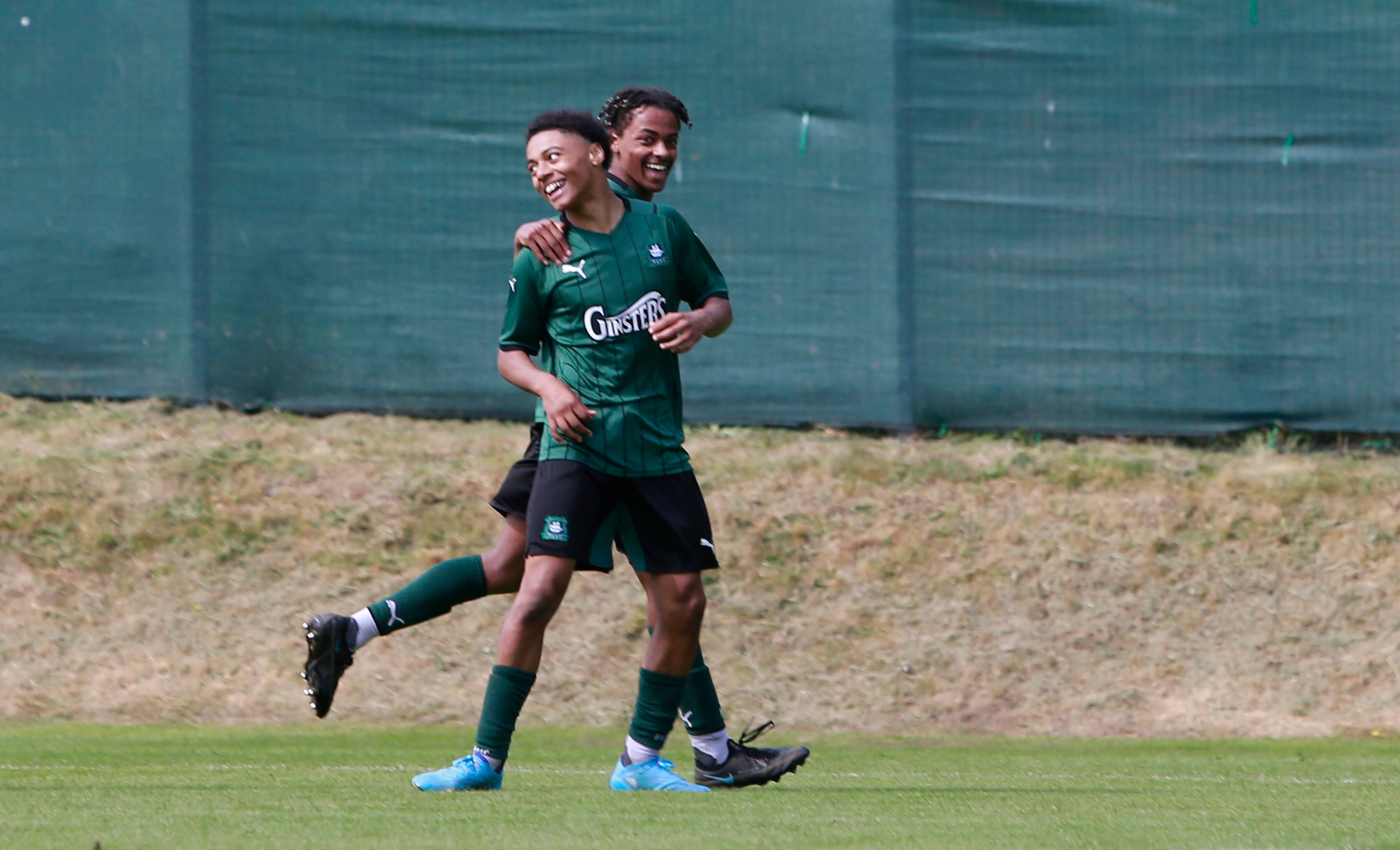 Caleb Roberts has been nominated in April’s LFE Goal of the Month for his long-range strike against Oxford United under-18s.

The effort was the fourth and final goal of the day as Argyle clinched the EFL Merit League One title on the last day of the season.

The midfielder, who made his first team debut earlier in the campaign, let fly from 25 yards and found the top corner with a beautifully curled effort.

16-year-old Caleb, who attends Ivybridge Community College, is highly thought of at Home Park and made his debut for the Greens in their final Papa John’s Trophy game of the season against Arsenal under-21s.

He came on as a second half substitute in that game and has also been an unused sub in the other two Papa John’s Trophy matches.

You can see and vote for Caleb’s goal here.