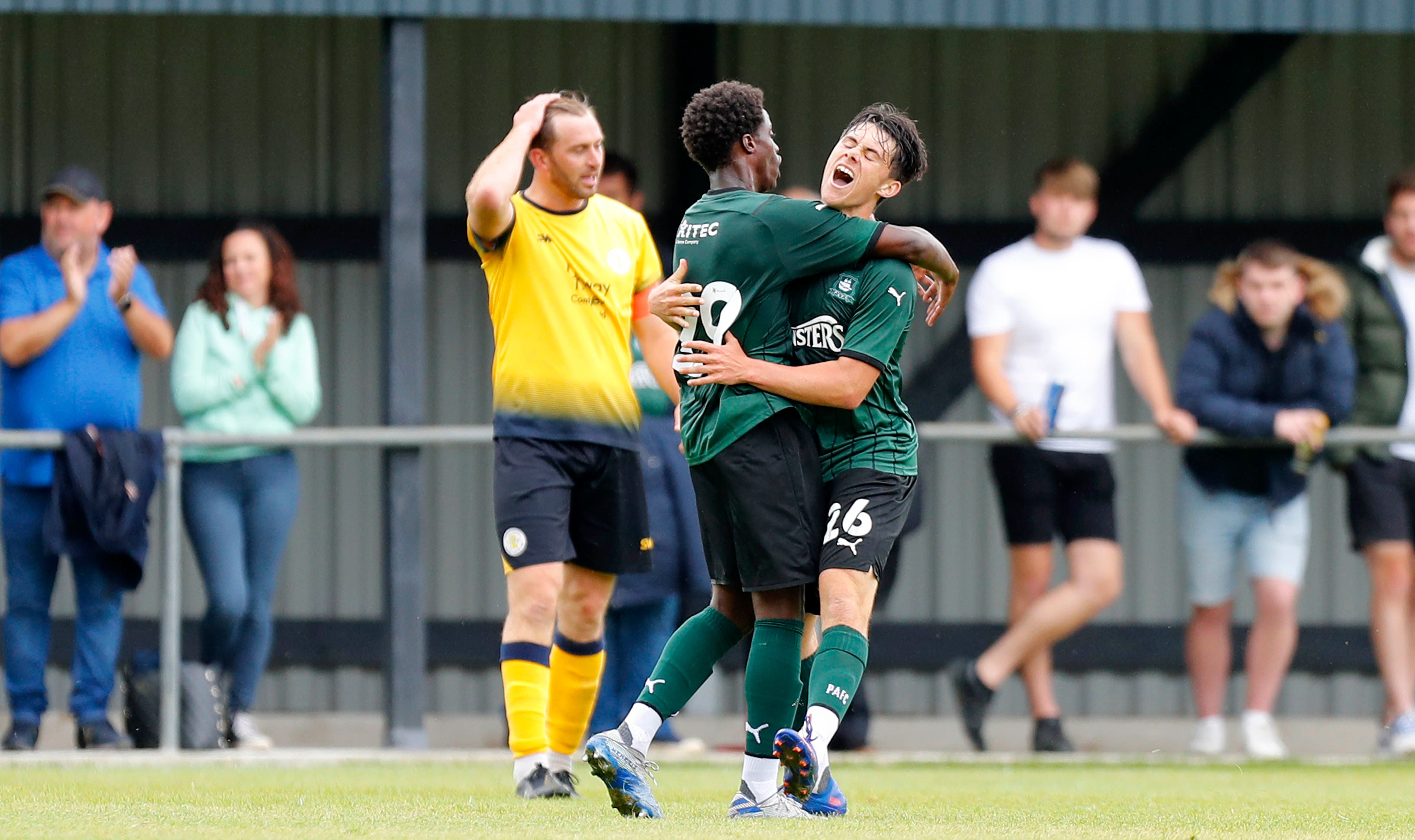 As debuts go, this was a pretty special one for Oscar Rutherford.

The teenage full back not only got a taste of first team football but he also scored the goal of the game in a 5-1 win over Plymouth Parkway.

Part of the Argyle Academy, Oscar replaced club captain Joe Edwards midway through the second half and looked right at home.

He was quick to get forward and join the attack, something that is key for wingbacks in a Ryan Lowe team.

His and Argyle’s moment of the match came five minutes before the end when he fired home a glorious solo goal, cutting in from the right-hand side to curl in the Pilgrims fifth of the afternoon.

Oscar said, “I picked it up near the halfway line, had Pan [Camara] screaming for the ball but I could see space, so I decided to drive in and then basically decided to take my man on 1v1, cut inside and after that as soon as I struck it, I knew it was in.

He was an integral part of Darren Way’s under-18 side that won the Merit League One title last season and was keen to impress when given his opportunity with the first-team.

He said, “It was really good to get out there and play football again.

“I got told I had to come and join in with the first team on Friday and then found out in the afternoon that I’d be involved in the game.

“It was a great experience, I loved every minute of it.

”The pace of the play is a lot quicker, I need to think on my feet. It’s about moving it quick and creating options. When you do get that time on the ball it’s about using it well and effectively.”

The performances of the youngsters in the win at Bolitho Park was something that manager Ryan Lowe was quick to praise after the game.

Oscar was one of ten former or current Argyle Academy players to feature in the game with Rhys Shirley, Angel Waruih and Oscar Massey also making their bow with the first team.