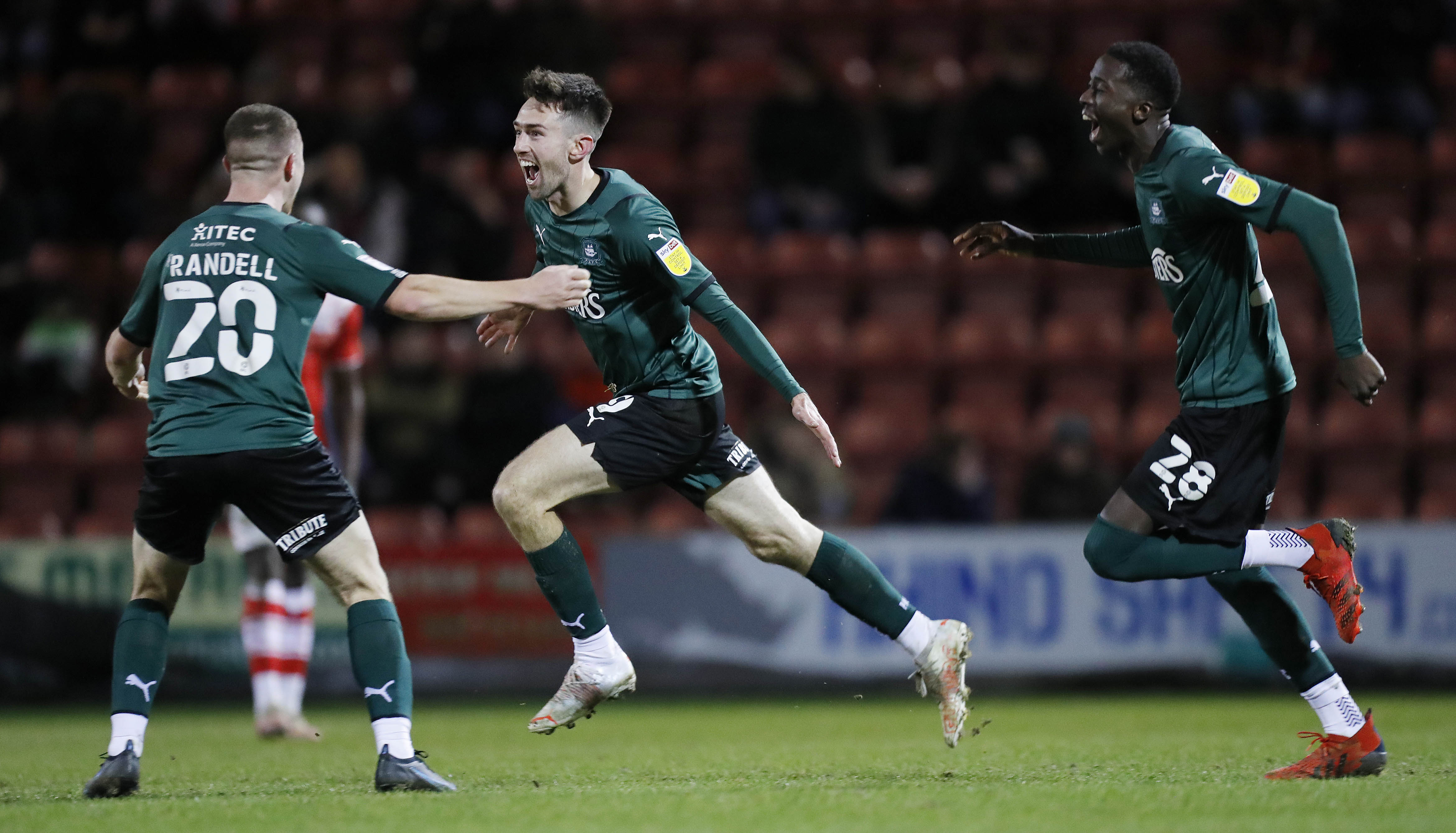 Ryan back with a hat trick

Becoming the first player to score an Argyle hat trick since Reuben Reid in 2015 isn’t the worst way to bounce back from an extra time penalty miss against Chelsea, is it?

Well, that’s what happened to Ryan Hardie when he netted a triple in the Greens’ 4-1 Sky Bet League One win over Crewe Alexandra on Tuesday night.

Ryan expressed his bitter disappointment from the weekend where his saved penalty against the European Champions meant the Pilgrims were knocked out of the Emirates FA Cup, but he admits the hat trick has brought back his confidence.

“I know everyone says I owe them nothing, but I felt like I owed everybody, so to help the team get the three points was the main objective tonight and then to do it with a hat trick feels a bit better.

“We went in at half time 1-0 down, so it just shows the resilience and the character that we’ve got.

“The gaffer made a lot of changes today and we’ve managed to prove that his decision was right to rest a few people after the weekend.”

It is not difficult to see that Ryan’s confidence is back, and that showed through the three brilliant goals that he netted on Tuesday evening.

“For the first one I think there was a mix up between the ‘keeper and the defender,” Ryan said, “I managed to punish on their mistake.

“There was relief in the celebration, but passion as well to show what it means to me and to show how much I was hurting after the weekend.

“The second one, there was only one thing on my mind ‘get the shot off early and get it in the corner’, and the third one where I ran through, about five minutes before Luke Jephcott said to me ‘why did you not shoot when I cut it across to Niall, for the hat trick?’, and then I went through and did it.

“I obviously had the confidence after the first couple of goals to try it and they’re my finishes.

“It’s more the relief than getting the hat trick.

“The most important thing was the bounce back after the weekend, and the three points.

“I’m glad to get it done and now I’m looking forward to the game on Saturday.”

On a personal note, for Ryan, everyone’s support after the penalty miss against Chelsea did not go unnoticed by the striker, as he made it very clear how much the support meant to him.

He said: “The positivity I’ve received from everybody, I appreciate it a lot.

“It was obviously disappointing after the game on Saturday, but I’ve managed to react well and get my head around it by scoring a hat trick.

“The support was shown from everyone, not just in the game.

“Everybody felt the same disappointment as I did, but they were right behind me after the game; they were singing my name. It means a lot to me.”