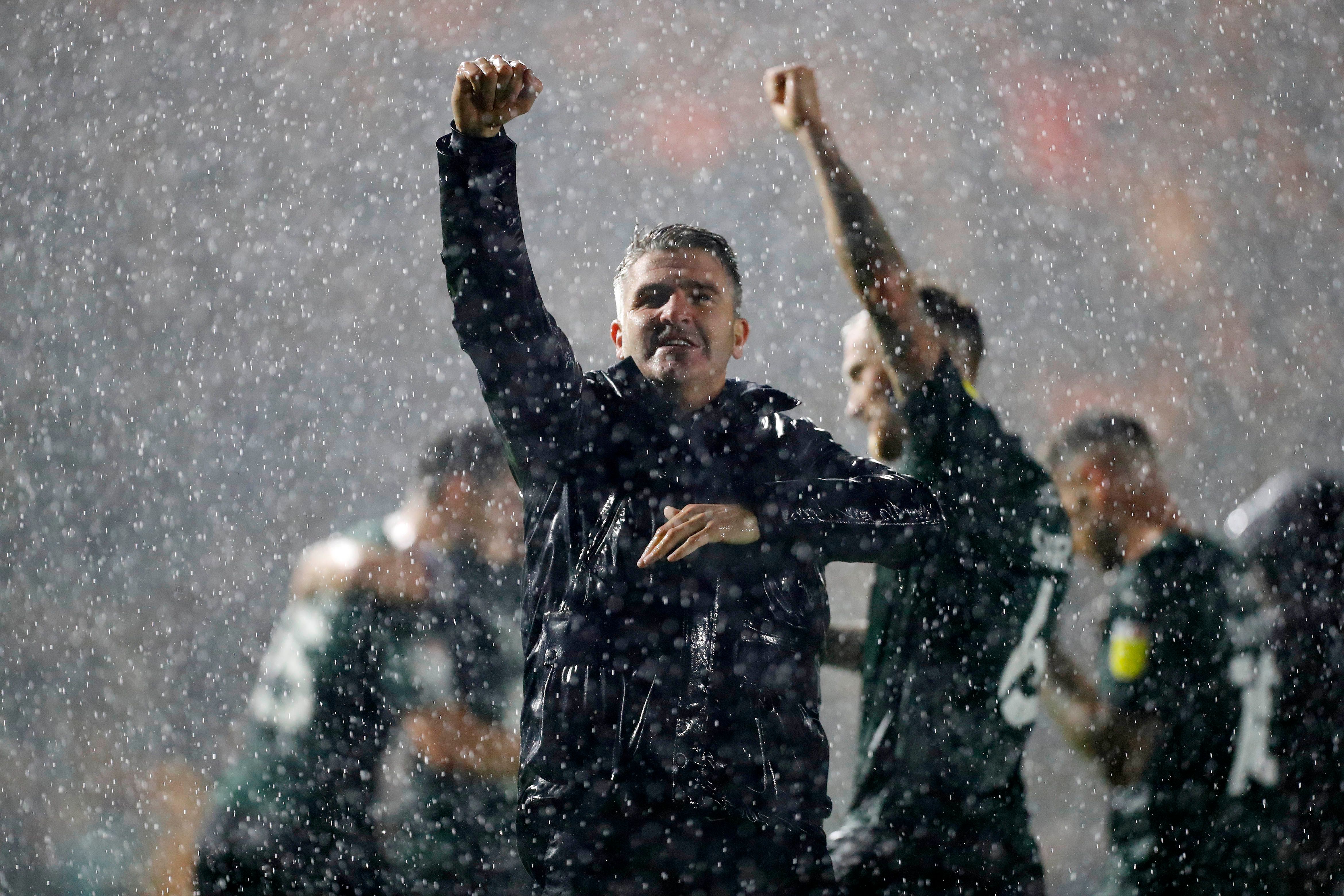 Ryan Lowe has praised his players, the fans and the ground staff after Argyle’s 3-0 win over Bolton Wanderers on a wet and windy evening at Home Park.

The Greens played their usual attractive style of football despite the conditions and picked up their third straight win in Sky Bet League One.

As the game went on, the weather got worse and towards the latter end of the second half, the ball was barely rolling further than five yards.

However, the Pilgrims still stuck to their philosophy and ran out deserved winners.

Speaking after the game Ryan said, “I thought in the first half we were very good and scored two good goals.

“It was always going to be difficult in the second half, the wind and rain was coming in.

“Bolton came at us in the second half, they had nothing to lose and maybe we should have killed the game off earlier.

“You have to mix it up in these conditions, we went longer at times but could also play short.

“We’ll always keep trying to do the right things but sometimes the conditions don’t allow that.”

The third goal, in particular, will live long in the memory of those who saw it.

Danny Mayor got the ball stuck under as feet when clean through on goal - the water stopping the ball in his path.

Ryan Hardie then struggled to get the ball under control before Ryan Broom fired the ball into the roof of the net.

It was an accumulation of an entire afternoon of torrential rain and in truth, it wasn’t until the final stages of the game when the pitch became tougher to play on.

In the first half and for the majority of the second, it played perfectly, and Ryan was quick to credit the work of the ground staff.

He said, “The ground staff were fantastic, we had some rain yesterday and then a lot again today, but this is what happens when you have good ground staff and a good pitch.

“It can take that amount of water and still be playable – well done to them.”

The Greens now travel to Morecambe on Saturday, top of the table and unbeaten in 13 league matches.